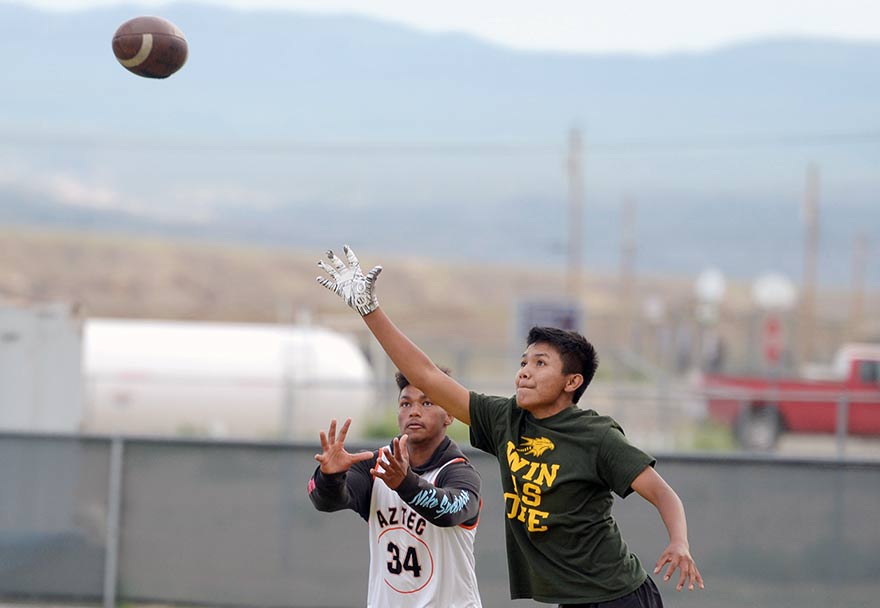 Navajo Times | Donovan Quintero
A Newcomb player attempts to block the ball away from an Aztec play in the end zone on Saturday.

As the tournament host, the Newcomb football team finished in a three-way tie for third place in pool play action.

The Skyhawks were one game away from making the bracket portion of the tournament but the fact that they competed against the likes of Miyamura, Kirtland Central, Holbrook, Window Rock and Aztec boded well for head coach Eric Stovall.

Not only that, Stovall, said the kids got to throw the ball.

Saturday’s competition was one of a handful of 7-on-7 events the Skyhawks have participated in. Earlier this month they finished in the top 4 at the Monument Valley’s 18-team tournament.

“I think it was great because it showed the kids that we can compete with some of the larger schools in the Four Corners,” Stovall said. “We can play with those larger programs.”