‘Keep your eyes open for me’: Film about local boxer available tonight 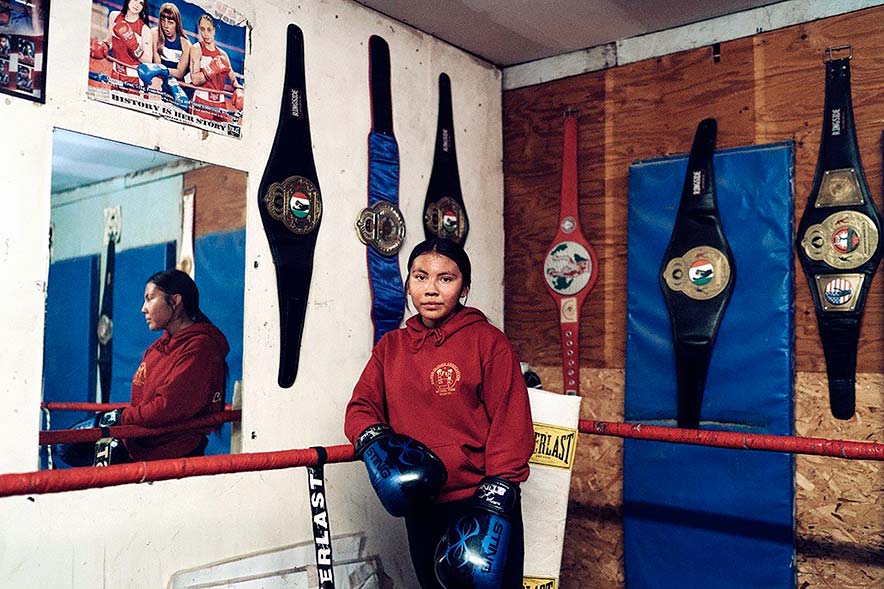 Submitted
Local Diné boxer Mariah Bahe is being featured in a documentary that will premiere tonight on the International Olympic Committee’s global media platform, available subscription-free at olympicchannel.com and its apps for mobile, Amazon Fire TV, Android TV, Apple TV, and the Roku platform.

Today, a new documentary is being released online starring Mariah Bahe, a young Navajo boxer whose inspirational story is getting recognition.

The film, “Mariah: A Boxer’s Dream,” directed by Nina Meredith, shows her life and struggles as a Navajo boxer and will premiere tonight on the International Olympic Committee’s global media platform, available subscription-free at olympicchannel.com and its apps for mobile, Amazon Fire TV, Android TV, Apple TV, and the Roku platform.

Mariah had been interested in boxing since she was very young, thanks to her family. Her great-grandfather was a U.S. Marine who boxed during his time in the service. When he returned home, he started a gym at his home in Chinle to help Navajo youth learn skills and give them something to do other than alcohol and drugs.

Today the same gym still stands along with its code of no substance abuse. It has become a place of safety and fortitude where people of all ages can come and box, releasing stress and maybe even reach competitive levels.

The gym is managed by Mariah’s father, John Bahe, and it is here where he taught his sons the sport. Mariah picked up the gloves for the first time for the sake of sibling rivalry.

“Just seeing my brothers doing it, and with me and my brothers, we are really competitive, and I always thought I could do it better,” Mariah said.

The moment she put the gloves on, she knew this was what she wanted to do. Although boxing hasn’t been a traditional sport for girls, Mariah took to it with the grace of a pro.

“When boxing, I feel confident; I feel powerful in a way. It makes me different from everybody, and I feel like it’s just the sport that was made for me,” Mariah said.

Now 16, she has won six national titles and is ranked No. 2 in the nation.

“It has been quite a challenge,” Mariah said. “There’s a lot of sacrifices that go into boxing with my time, family time. I would spend hours in the gym, and I would cancel a lot of things with my friends and my family just to get the extra hours in the gym and just to train.”

However, training and fights had to be put on hold due to the sudden eruption of the COVID-19 pandemic.

“It definitely changed a lot,” Mariah said. “Our gym was closed for two months. I had to find the time to train on my own and be with my family. My mom had to leave work, she had to take 2 months off, and we had to travel two hours to get food and supplies because everything in the Navajo Nation was shut down, and it was really difficult in a way, and we had national tournaments canceled and with my family being exposed to it was also hard and challenging for us.”

With there still being no tournaments or local fights happening due to the pandemic, Mariah continues to train and hone her skills for her one goal: the Olympics.

“It’s always been my dreams as a little girl, and I will be the first female Native American to achieve that,” Mariah said.

To hear Mariah’s whole story and understand her love for the sport, the documentary is available for people to see.

“I hope that whoever sees it will see my passion for the sport of boxing and how to determined I am to win the Olympics and my steps towards it and with my training and everything and my family, I hope that they see that within this film and me,” Mariah said.

“Keep your eyes open for me because I know I am going to do great things.”

The link to the documentary is: https://www.olympicchannel.com/en/original-series/detail/mariah-a-boxer-s-dream/.