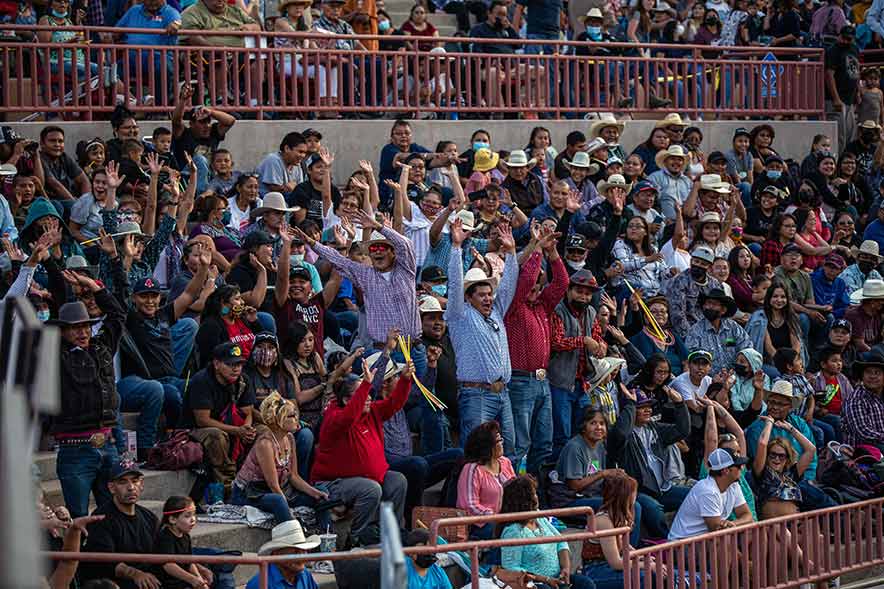 After canceling last year’s show due to the pandemic, the Wild Thing Bullriding Championship saw record crowds during the two-day event.

The venue at Red Rock Park was nearly full on Friday night and on Saturday the event was sold out as fans thirsting for a live event came in droves. 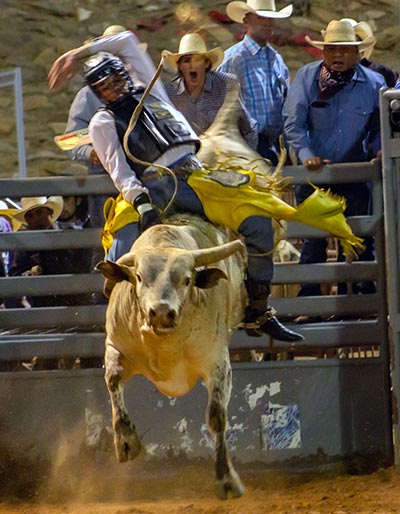 “Red Rock is a big place but it has its limits too,” Wild Thing promoter Larry Peterson said, while adding that he felt bad for the people who weren’t able to purchase tickets for Saturday’s show.

“We sold all of our tickets and you can only put so many people in here,” he said. “I hope that everyone’s not too upset about that. We did all we could do. We changed things to where they couldn’t have the folding lawn chairs, just to make some room.”

The annual event draws some of the best bull riders across the Southwest and of the 90-plus bull riders only eight rode with Travis Wimberly winning the event with a 91-point effort.

He finished ahead of Marco Juarez and Tuba City bull-rider Justin Granger as the two cowboys turned in scores of 89- and 88-point rides.

“I’ve never won this but we almost did it,” Granger said of his third-place finish.

The 30-year bull rider said a couple of guys had asked him if he ever won Wild Thing and when he told them no they were deadpanned with his response.

“I came pretty close but third place is all right,” said Granger, who rode a Sammy Andrew Rodeo Company product.

With an 85-point effort Brazilian bull-rider Junior Patrik Souza placed fourth as he rode his bull on Friday night.

“I’m very happy that I rode this bull tonight because this bull bucked me off two times in the PBR, one in Arizona and last month in Las Vegas,” Souza said of Bucky White, a bull owned by 4B Bucking Bulls, a local stock contractor headed by CEO Johnyatt Begay.

In a two-way tie for fifth place, Tadd Dictson and Korwin Kinlicheenie both rode their draws for 84 points ahead of seventh-place winner Kyle Daniels, who scored an 81-point ride.

Sawmill, Arizona, cowboy Cody Jesus rounded out the money winners with an 80-point effort on Let’s Play Clay, a 4B Bucking Bull product, to loud cheers.

“He had an off night and everybody has one of those,” Jesus said. “The bull gave everything he had tonight and that’s all I can ask for.”

Jesus, who turns 23 years old on Tuesday, said he’s had a history with Let’s Play Clay in the practice pen and there the bull has shown its potential.

“I made a couple of rounds on him and he bucked me off,” he said. “I got on him again about two months ago in the practice pen and he really bucked over there. I rode him there and we were fixing to be 90 points tonight.”