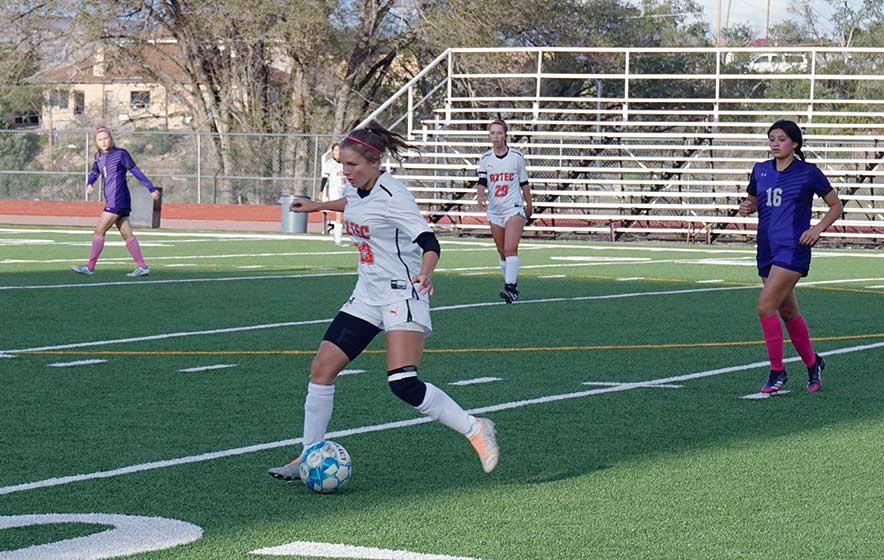 The state seedings for the New Mexico soccer playoffs will be released on Sunday afternoon, with the Aztec Lady Tigers being the District 1-4A frontrunner.

In a must-win, Aztec defeated Gallup 4-1 on Thursday to claim the district title for the second year under head coach Leroy Begay.

The Tigers finished the district campaign with a 9-1 record, edging Kirtland Central (8-1-1) for the league crown. 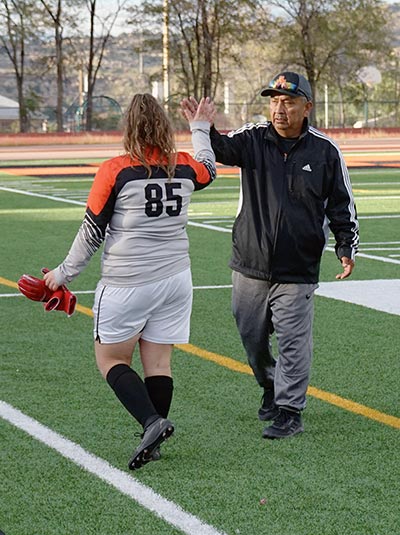 “We needed this ‘W’ tonight,” Begay said. “We couldn’t afford a loss or even a tie because if we tied, they (Kirtland) had the advantage in points.”

Freshman Autumn Villanueva finished with two goals on the day, while junior Stella Albright and eighth-grader Aubrey Thornton netted one each.

Despite going through a tough stretch before the district season, Begay said his team powered through as they overcame some adversity.

“Overall, we’re just overwhelmed with joy,” Begay said of winning back-to-back district titles under his helm. “All of the hard work they put in paid off, even though we took our lumps at the beginning of the season with this young team.

“We advanced ourselves to where each individual was coachable and willing to learn,” he added. “They took in what we coached them, and now we’ve won another district title.”

The top four seeds in the 12-team playoff bracket will have a bye into the next round.

Teams seeded fifth to No. 8 will host a first-round game, with the winner’s advancing.

“To be realistic, I like for us to be the sixth seed,” Begay said. “We’re at seven now, but I would like us to move up another spot.”