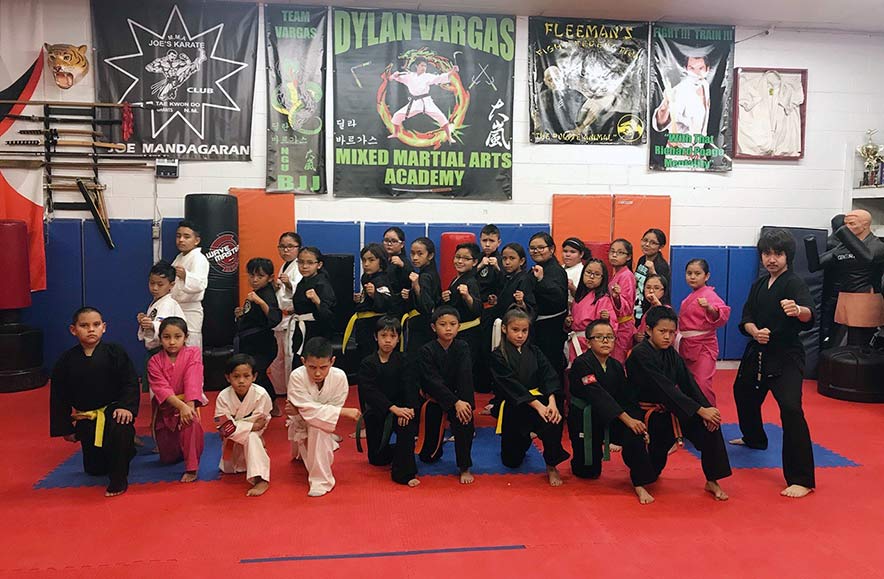 Submitted
The Dylan Vargas Mixed Martial Arts Academy is the top school in the nation as they finished well ahead of their competition in two recent meets in Pennsylvania and Alamogordo, New Mexico.

There is a new top team and instructor in the United States Association of Martial Arts this year — and they’re from Gallup.

Dylan Vargas and his school, the Dylan Vargas Mixed Martial Arts Academy, are the top school and instructor in the nation, and they finished well ahead of their nearest competitors, with last week’s contests wrapping up competition for the year.

The final two meets were held in Pennsylvania and Alamogordo, New Mexico last weekend, and Vargas and his school finished well ahead of their competition.

As an instructor, Vargas leads the nation with 6,977 points, with second place currently being held by Eli Guzman, with 5514 points.

As for the school, Vargas leads the nation with 6977 points, with second place being Shorei Ryu Karate out of Rio Rancho, with 5584 points.

Guzman, who has his school in Las Cruces, New Mexico, was the defending national champion for the past four years for both instructor and school.

Vargas’ school features over 90 students from different cultures and races, and they received a special honor at a recent competition when his Navajo students were allowed to walk into the competition under the Navajo Nation flag during the ceremony recognizing the different countries participating.

Vargas’ students went to the United States Association of Martial Artist World Championships in Riverside, California, and they realized that all the students from Vargas’ school at this world championships were Native Americans, so Vargas asked the president of the organization if, during the flag ceremony, they could carry the Navajo Nation flag.

The president of the event approved it, allowing the Navajo Nation flag to be represented along with Canada, Mexico, India, Spain, USA, Russia and others.

Vargas, who is not Native American, walked under the United States flag.

He has 15 students who have won multiple world championships under him in the United States Association of Martial Artist and International Martial Arts Council.

He made the 2020 U.S.A.M.A National team and will be competing in September 2020 in Indianapolis, Indiana, at the PKC Nationals.