With a pair of top seeds, the Pine Hill girls’ track team is looking to make some noise at Thursday’s New Mexico Class 1A state track meet.

The Lady Warriors have the best time recorded in the sprint medley and individually freshman Kairi Etsitty has the top mark in the 3,200. 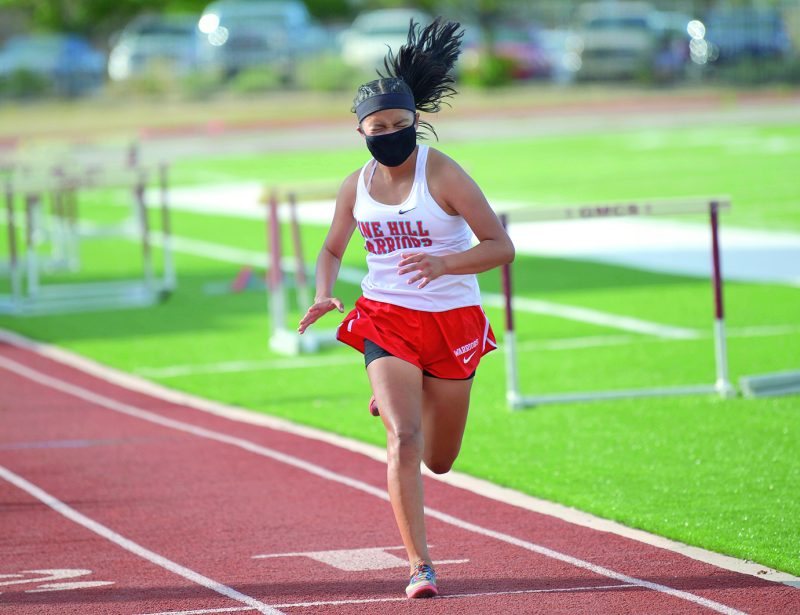 Navajo Times | Donovan Quintero
Pine Hill freshman Kairi Etsitty grimaces as she crosses the finish line on Thursday in Ramah, N.M. Etsitty is seeded first in the 3200-meter run for the Class 1A state meet on Thursday.

Additionally, Etsitty is seeded second in the 1,600 while senior Maurie Daniels holds that same position in the javelin event.

“We looked at what we needed to work on to get these kids qualified for state,” Pine Hill coach Tyrell Daniels said. “Our strengths is in the field events and long distance and from the state rankings we’re in a good spot to bring home some medals.”

“I’m pretty excited about going to state,” Etsitty said. “There’s going to be new competition and there are other runners who are fast so I’m going to try my best.”

Etsitty is running a third event as she will run the anchor leg of the sprint medley team.

Daniels will also run a leg in that relay race but in her signature event she’s surpassed her personal best numerous times during the two-month track season. 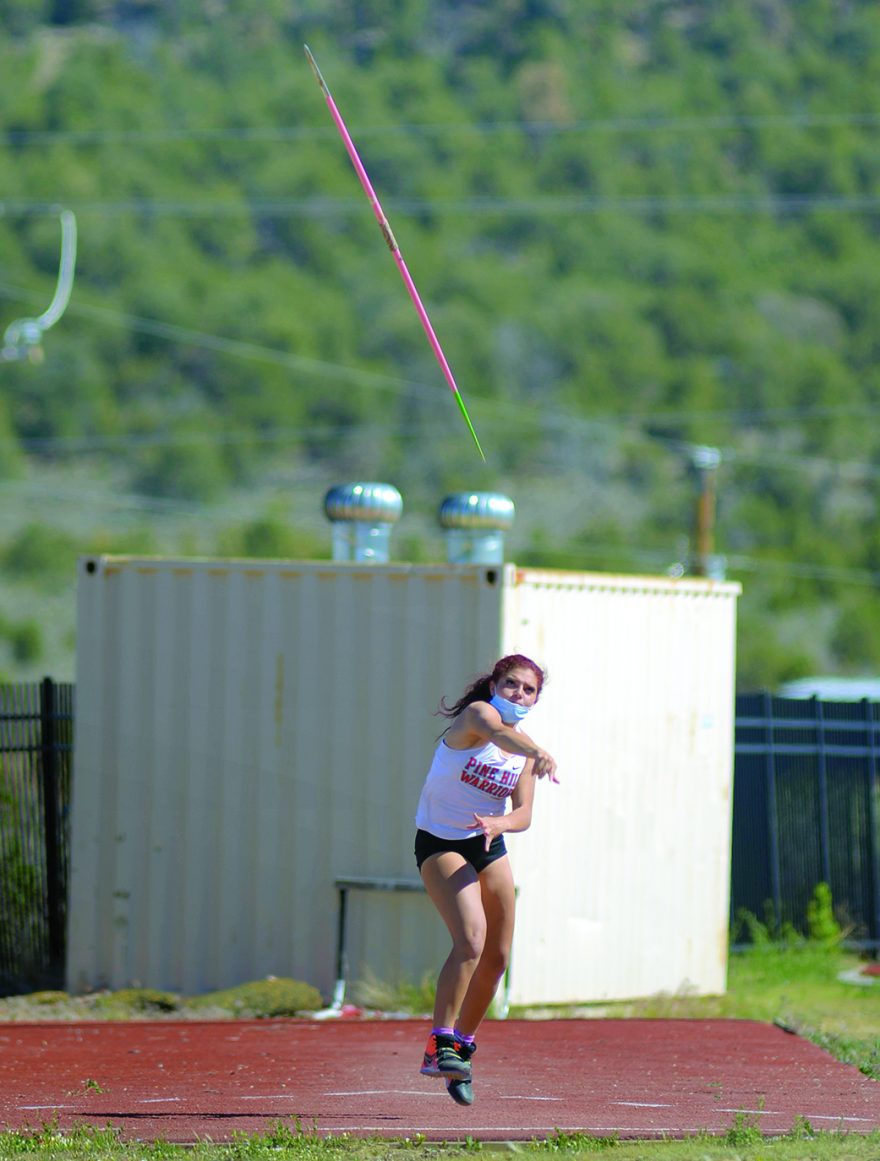 At last week’s district meet, she beat her previous best by nearly five feet with a throw of 114 feet, 11 inches.

“Today I had a goal of hitting over 110 and I beat that by four feet,” she said. “That’s pretty awesome.”

Hitting that PR before the state meet bodes well for the Pine Hill senior as she is looking to give Roy junior Riley Clavel a run for the state title. Clavel has thrown the best mark of 116-02 this season.

“This is real encouraging,” Daniels said. “The top girl has thrown over 116 feet so I’m trying to make up two feet. I’m going to try and get on the podium the best way I can.”

And while she’s an experienced javelin thrower, Daniels is in search of her first state medal. As a sophomore, she came pretty close.

“I came up a little short but I had a fluke in the shot put,” she said. “I hurt my foot and that threw me off when it was time to throw the javelin. This year I’m aiming high for the podium.”