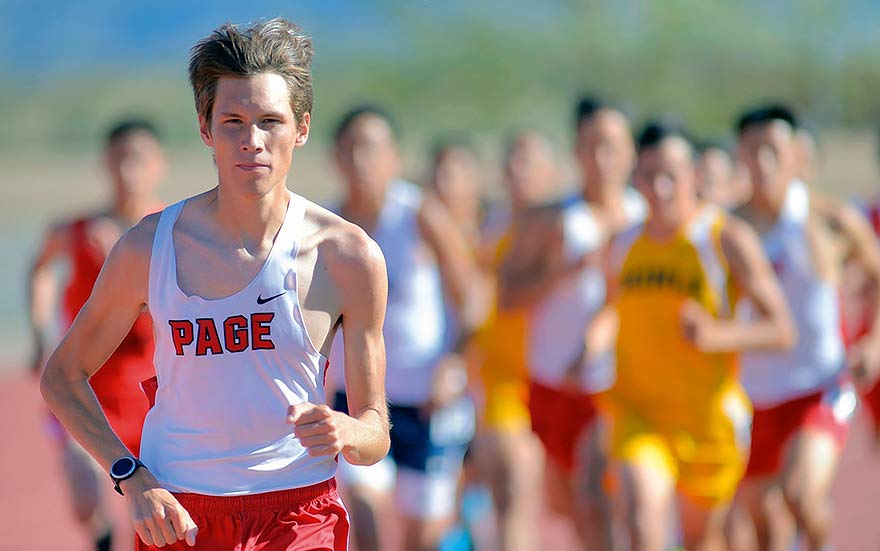 Navajo Times | Donovan Quintero
Page Sand Devil Bowen Martin has the fastest time recorded in the 1,600- and 3,200-meter run among Arizona Division III runners. Martin is hoping to defend his state title in those events.

“I just want to repeat on all the events I won last year,” Martin said at last week’s 3A North Region track meet. “I want to possibly win the 800 this year, too.”

“It’s going to be tough to win the 800,” Martin said. “There are some fast guys in that race. I’m more of a two-miler than anything else.”

“This was more of a workout for me,” Martin said.

“Everything we’re doing is a slow progression for state,” he said. “We’re slowly building up for state.”

With a bevy of talented runners, the Sand Devils will have multiple runners competing in the middle- and long-distance races at the state meet.