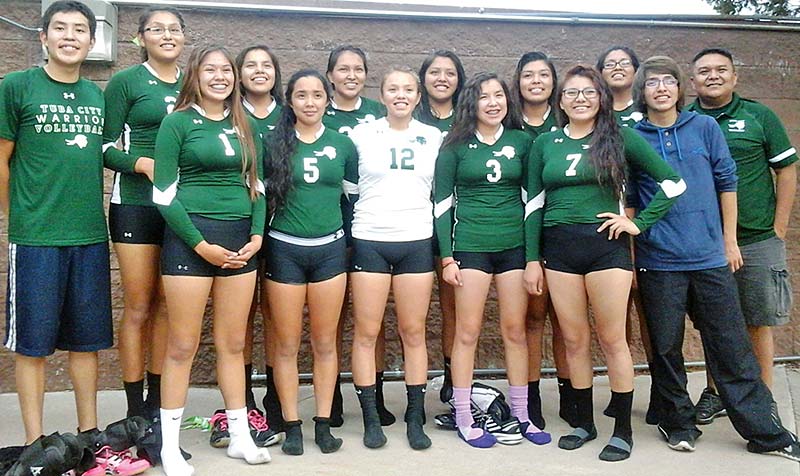 It was a stern test but the Tuba City volleyball team cemented their status as one of the top teams in Division III after finishing a respectable third at the recent 24-team Payson Invitational.

After making the tournament finals the last four years, the Lady Warriors saw its string of runs end when they lost a barnburner to the Seton Catholic Sentinels in three sets in the double-elimination championship bracket. The Chandler, Ariz.-based private school defeated Tuba City 25-24, 19-25, 11-5.

“I know we were the runner-ups for this tournament last year but it’s always good to finish as one of the top teams here in Payson,” Tuba City coach Harlan Barlow said. “I like this tournament because it tells us where we’re at in terms of our weaknesses and strengths.”

The Tuba City coach said most of the teams that come to this tournament are state qualifiers with the top teams either making the final four or the championship game in their respective divisions.

“This teaches us how to play our game,” he said. “You know we had a couple of games where we had a misjudged line call. Those things happen at state so this is going to help us prepare mentally.”