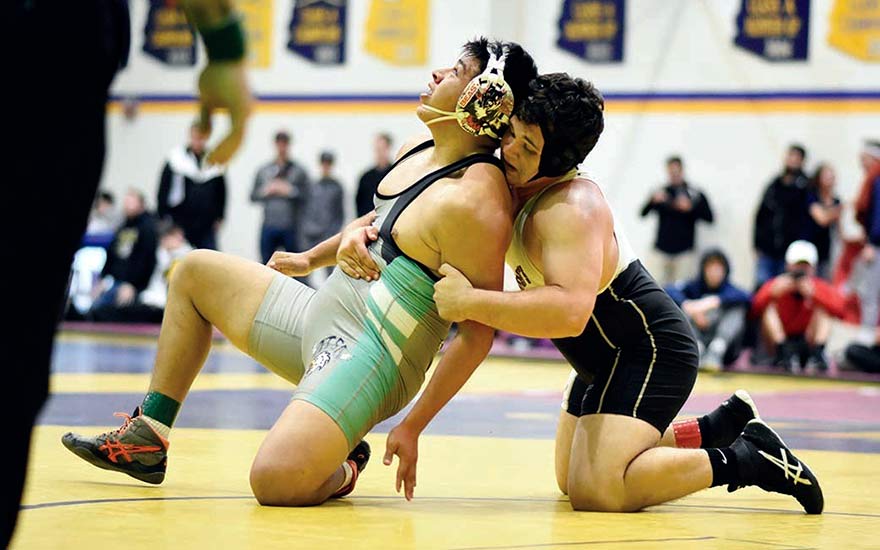 Based on his finish last year, Pinon High senior Calvert Tsosie Jr. was pleased with his fourth place finish in the gold bracket at the Joseph City wrestling tournament on Saturday.

After going 5-0 in the first day of the two-day tournament, Tsosie lost two matches on the final day, including a 3-2 decision to Derek Henderson of Phoenix Northwest Christian in the third place bout of the 220-pound weight class.

“I did a lot better,” Tsosie said. “Last year I got knocked out in the first round.”

In bracket play, Tsosie won his opening round match against Antelope Union wrestler Trent Pelfrey with a fall. In the next round he lost a 7-6 decision to Yuma wrestler Carlos Nunez, who has an overall record of 19-3.

In the consolation round, he scored a major decision over River Valley junior Damon Parks and reached the third place match against Henderson.

Going into the Joseph City meet, Tsosie had won all of his matches. The two losses dropped his overall record to 33-2.

“Wins or losses don’t define me,” Tsosie said. “I don’t value gold medals and I don’t value titles or anything like that. I just value wrestling itself.”

Tsosie identified the mistakes he made in those tough one-point decisions and he’s going to use that as motivations. As the reigning reserve state champion, the Pinon wrestler is looking for another top finish at next month’s state meet, which is scheduled for Feb. 8-9 in Prescott Valley.

“I have 34 days until the state meet,” he said on Saturday.

By placing second at state last year, Tsosie said he understands that he’s on everyone’s radar, knowing that they want to beat him. In some cases, he’s getting everyone’s best shot at him.

“I hope everyone is thinking that,” he said. “I want everyone’s best effort when they wrestle me. It benefits me and it benefits them a lot.”