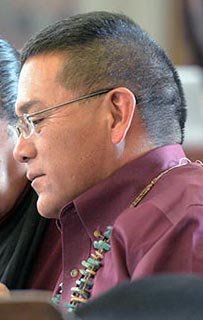 “The driver of the vehicle was identified as Tuchoney Slim,” read the NPD statement, which was released on Wednesday. The accident occurred at Milepost 11 on Highway 264 in the eastbound lane.

The victim, an unidentified male, may have been walking in the traffic lane when he was struck by Slim. McKinley County Metro Dispatch received a call about the accident around 8:30 p.m.

Responding emergency personnel pronounced the victim deceased at the scene. Police said neither alcohol nor negligence appeared to be contributing factors to the accident and formal charges against Slim are not being considered.