‘Journey to the Hopi Nation’ 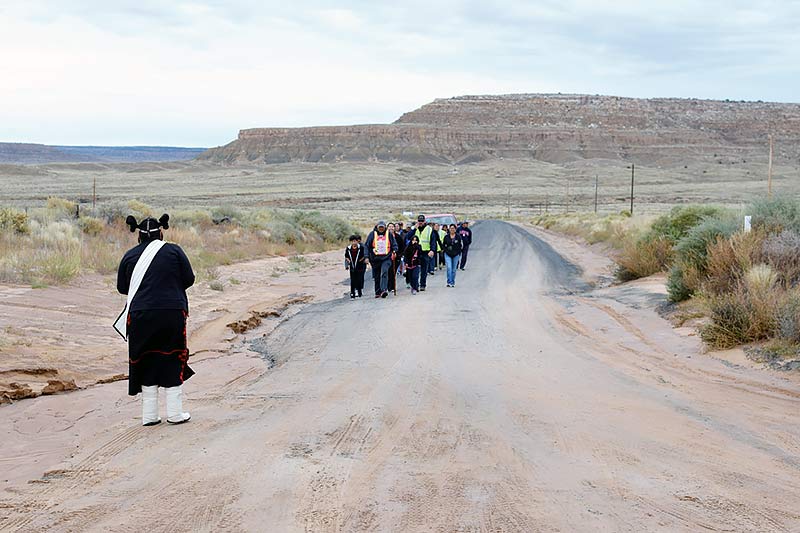 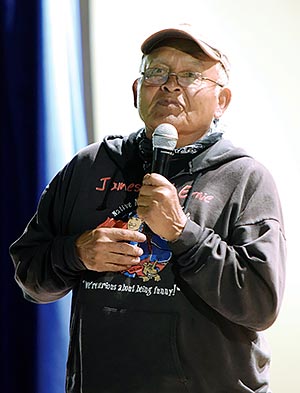 While her husband and son walk across the nation building awareness of domestic violence, Loretta A.W. Tsosie can sit back knowing that she built a strong foundation of forgiveness.

Her support shows in the work of her husband Ernest Tsosie Jr. and her son John L. Tsosie, both of whom started walking as part of their “Journey to the Hopi Nation” that began Oct. 14 totaling 104 miles from Window Rock to Kykotsmovi, Ariz. – despite extreme weather this year.

The pair created Walking the Healing Path Inc. to end domestic violence through annual walks in and around the Navajo Nation. Both men have acknowledged being perpetrators of domestic abuse against women in their lives.

Just as they have at other walks, the two shared their stories with supporters and Hopi tribal members at the end of the walk on Oct. 20.

Loretta detailed a tradition of feminine strength that she inherited from her lineage.

“It’s matrilineal for the Navajo people,” she said. “My mother was a very strong woman and humble at the same time. She spoke. We listened.” 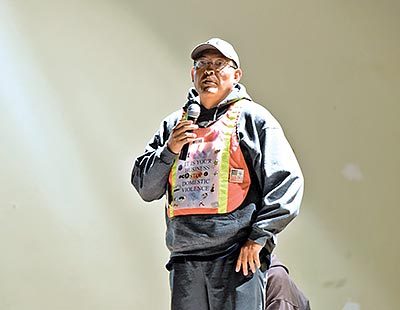 She said her mother advised her and her siblings not to judge people, even those who hurt them.

“If you don’t forgive them, then it’s going to be you that’s going to be suffering because of all the turmoil in your heart, the dislike, even hatred,” she said.