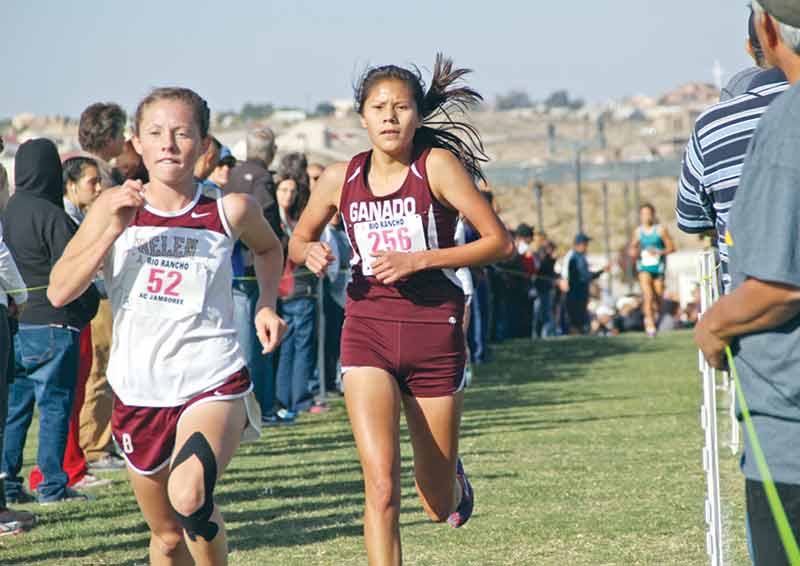 Some runners don’t look forward to having to race their opponent neck-and-neck down the final stretch, but Ganado High School senior Daangoiina Haven thrives on it.

Haven ran elbow-to-elbow with Belen High School’s Arena Lewis for about 10 meters but fell short at the finish line at the Rio Rancho Jamboree on Saturday.

Haven finished in third place in the girl’s championship race that featured the top runners but she was ecstatic with her performance, specifically her finish.

“I started my sprint and then you could just hear the crowd all screaming. I was coming up right behind her (and) we got shoulder-to-shoulder but she was one step ahead of me,” Haven said. “I’m very pleased. I really want to finish like that at all my races.”

The Ganado senior said having a finish like that increases the likelihood of her shaving off some time off her race.