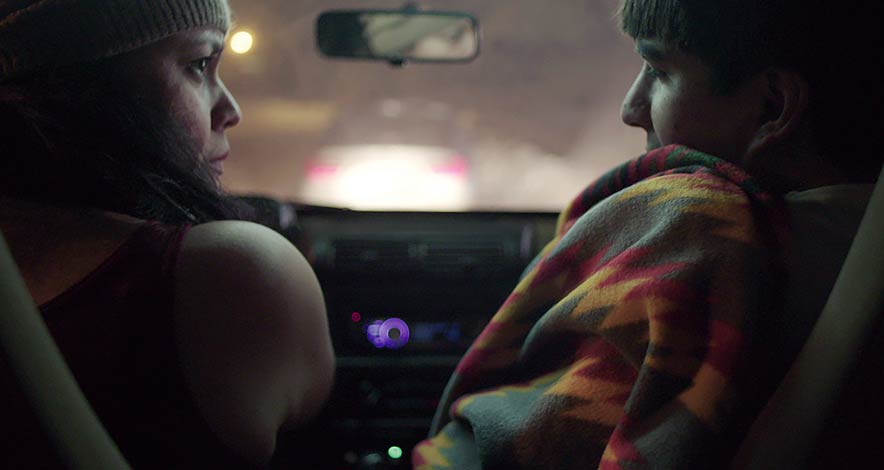 Rhiana Yazzie is an award winning Diné playwright. She has now ventured outside the theater world and recently released her first film.

She wrote, produced, directed and acted in “A Winter of Love.”

Yazzie founded the New Native Theatre in 2009 in the Twin Cities in Minnesota.

Yazzie is born for Ta’neeszahnii and her paternal grandfather is Táchii’nii.

Her debut film premiered at the LA Skins Fest in late 2021 and will continue to premiere throughout 2022, making its Canadian debut later this month.

The film is about an intertribal relationship and love story between Blue (Rihana Yazzie) and Eddie (Brian Watson) that also reminds the audience that the strongest love is self-love.

Blue is a 35-year-old Diné singer-songwriter who is struggling through winter in Minneapolis because of awful relationships. She meets Eddie, a 25-year-old Lakota man, with whom Blue falls in love.
However, Eddie’s complex nature puts both of them in a situation where they look for any reason to end the relationship. 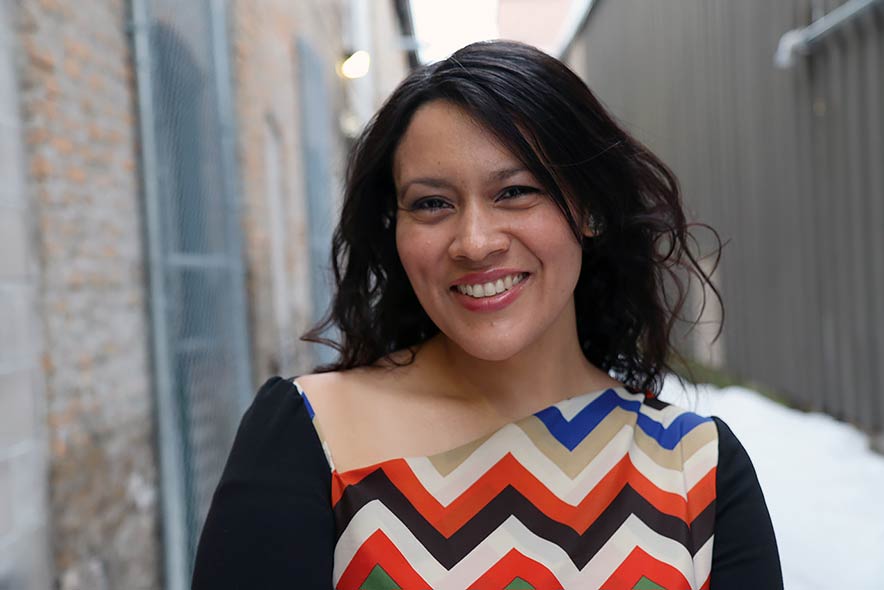 When Yazzie began writing her film in 2014. She originally started it as a play. As she wrote, she thought it felt more like a film than anything else.

“So I wrote it as a screenplay,” she said.

Writing it as a screenplay came with the challenge of getting the film off paper and onto the screen.

“It’s hard to get your screenplays produced, let alone, you know, Native American work,” Yazzie said. “It’s just not often funded very well and a lot of times it’s really hard to get mainstream producers just to do any content about Native stories.”

This challenge caused her to produce the film on her own.

“I kind of got the idea because I decided that I wanted to learn more about film and film production,” she said.

“So I worked on a few films, a few independent features,” she said, “and the process felt really similar to producing a play, which I’ve produced many plays throughout my theater career. With that, I just decided to go for it.”

Along with producing the film, she also directed it and it was a “wonderful experience” for her.

During filming, she worked with a cinematographer who usually works with first time female writer/director/actors, who helped her through the process.

“I was really lucky that I found a really helpful, very helpful partner in sort of the really steep learning curve I had, making a film,” Yazzie said. “It’s definitely a different art form than theater and so you’re constantly thinking about different lenses, you’re thinking about what’s in the frame, so in somewhat of a way it feels like a visual art composition.”

So far, the film has premiered across North America and Yazzie has received positive reactions from Native people.

“The thing that they say is, ‘Oh, wow, we never get to see like a love story, like a Native love story,’” she said.

Yazzie said the film also includes Native humor and she knows only Native people can understand.

“It’s not really something that you see portrayed ever in the media,” Yazzie said. “It’s usually a dynamic like it’s white person versus Native person or Native culture versus white culture.”
Because of this usual dynamic in Native films, Yazzie’s intended to make Native audiences feel like they see themselves reflected on the big screen.

The film was also written to showcase Native intertribal love and to venture away from Native films that are heavily based in trauma.

“I don’t think that trauma is our only experience as Native people,” Yazzie said. “I think that there’s a lot of joy in our lives and that’s what I wanted to reflect back.

“I mean the story has a lot of ups and downs,” she said, “but it’s really like a Native woman trying to find her place in the world.”

Yazzie said while historical trauma is an unfortunate reality, it does not have to define everything that Native people do. This is why she felt it was important to show Native love and intimacy.

“Mostly it was really important to me to show intimacy between two Native characters,” she said. “I don’t think you ever get to see like loving Native couples ever.

“I just don’t get to see like that intimacy,” she said. “I know that’s what I’m craving to see.”

When she was growing into the woman she is, Yazzie said she would have loved to see more Native couples at the center of a love story.

She also wanted to show Native women and people in stories that are not violent.

“I would have appreciated seeing characters that were just inside of Native communities rather than like, ‘Oh we have to fight the man,’” Yazzie said. “Or we have to always talk about a murdered Native woman, that always seems to be the unfortunate story point all the time whenever Native women are involved in a story. There’s always something violent.”

She said it is not every story’s reality to involve violence and she wanted to show something to make Native audiences feel better than they did before the film.

“I like thinking, as an artist, that I leave people in a better place than I found them rather than like reminding them, ‘Oh we got it bad as Native people,’” she said.