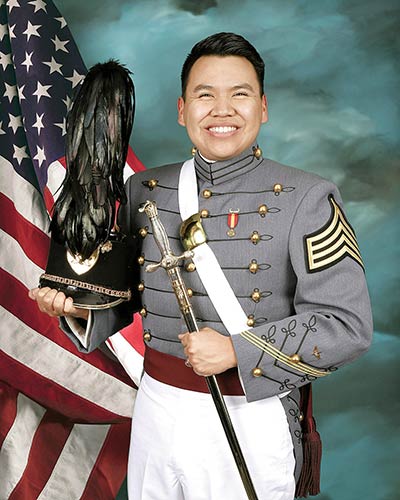 Cadet Brandon Beau Escamilla will graduate from the U.S. Military Academy at West Point, New York, on Saturday, May 21.

He’ll graduate with a bachelor’s degree in mechanical engineering and will be commissioned as a second lieutenant in the U.S. Army.

His parents are Melvin and Misty Escamilla of Mesa, Arizona.

He proudly represents his people of the Navajo Nation and Eastern Band of Cherokee Indians of North Carolina.

He is a graduate of Red Mountain High in Mesa.

Brandon began his education at West Point in June 2016 to July 2018 and resigned to serve as a missionary for the Church of Jesus Christ of Latter-Day Saints in Sydney, Australia, where he spoke Korean.

Upon completing his service, he returned to West Point in August 2020 and committed to the U.S. Army. He branched out in aviation and will report to Fort Rucker, Alabama, for two years of flight school to become a helicopter pilot.

“Brandon’s journey in life has been dedicated to serving others through faith and love,” his family said. “We are proud of his commitment to protect and serve this nation and ask for prayers for him and his classmates as they begin their military commitments in the United States Army.” 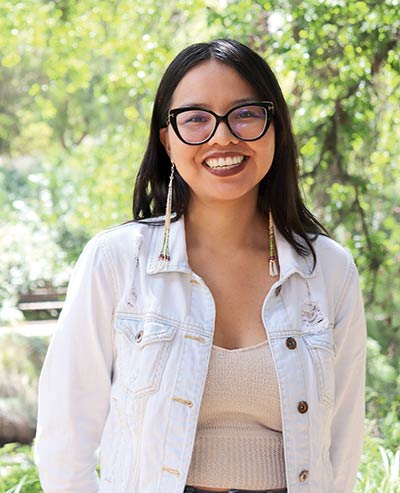 Five fellows from a highly competitive pool of over 100 graduate applicants were selected for the 6th Summer Research Fellowship cohort, each receiving $5,000.

Yazzie’s degree is a Ph.D. in American Indian and Native American studies from the University of California-Davis.

Her research project is “Retelling and sharing of cultural knowledge through weaving.”

“I am a Diné woman,” the overview said. “I am from A Body of Water in a Sunken Area (currently known as Pinon, Arizona).

“Since time immemorial, Diné women of the Red Bottom Clan wove stories of survival through the practice of at?’ooh (rug weaving),” the overview states.”

“K’é (Diné kinship) is expressed in weaving as a record and recognition of our practice of relating to and being responsible for each other through our clans. It is through our clan system that we find our place in the world as Diné.”

“In this case, my work with Diné women weavers uplifts modes of storytelling – the language in and surrounding – the practice of rug weaving,” Yazzie said. 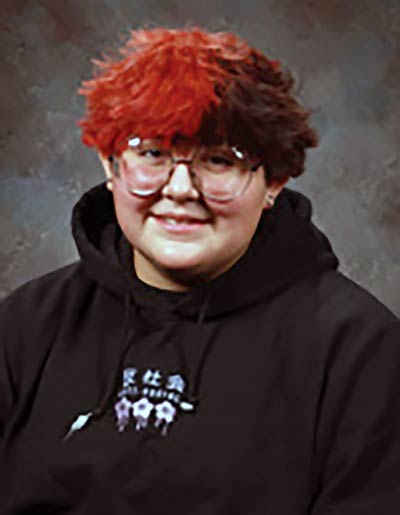 BLANDING, Utah – Meilin Dyer, known as “River” to her friends, a freshman at San Juan High, was accepted into the Phillips Academy’s competitive (MS)2 summer program in Andover, Massachusetts.

This is an all-expenses-paid, five-week program for top Native American freshmen students to prepare youth for the rigors of college life.

River has a wide range of interests but is interested in studying the Japanese language and accounting. In school, she participates in the Unity and art clubs. In addition to her studies, River works at both the Patio and at the nearby laundromat.

About herself, River said, “I have quite a few interests and am open-minded.”

Dyer is the daughter of Earl Dyer and Davina Blackhorse. 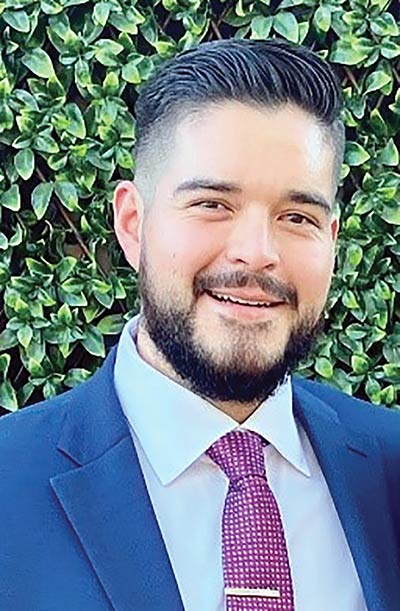 Five fellows from a highly competitive pool of over 100 graduate applicants were selected for the 6th Summer Research Fellowship cohort, each receiving $5,000.

The fellowship supports high-achieving student researchers who might not otherwise have access to funds for research and related activities during the summer months.

Stumpff, working at the University of California-Riverside, has cellular and molecular biology degrees. His research project is “Respiratory diseases and cellular correlations in Indigenous populations.”

“Further health inequities were also highlighted during the pandemic as infection rates of COVID-19 were three and a half times higher in the Navajo Nation than that of white Americans,” the overview stated.

James has access to and trained to use the high-containment BSL-3 with select agents at his institution.

This makes him uniquely suited to pursue a highly infectious influenza virus project. 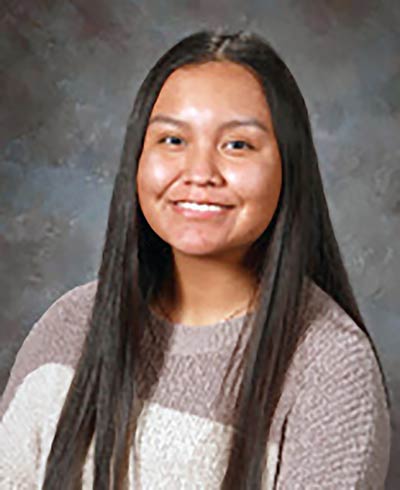 BLANDING, Utah – Allyn Allen, a junior at San Juan High, will represent her family, community, and school this summer at the “2022 Girls State” at Weber State University in Ogden, Utah.

Girls State is one week of citizenship training for juniors from throughout the state. They will create a mock government by elected officials on the local, county, and state levels. Then each official will carry out the duties of their respective office.

Allen applied because of her interest in politics and her family’s encouragement, but her career goal is to become a pharmacist.

She is active in the UNITY, HOSA, and NHS clubs in school. She also plays softball.

She enjoys travel and Navajo culture.

Each summer, she has traveled to Andover, Massachusetts, to attend the Phillips Academy, a private school that prepares Native youth for college.

She is the daughter of Louie and Paula Allen of White Rock in Bluff, Utah.

As she looks forward to the coming summer, Allen said, “This new opportunity at Girls State will help me get a better understanding of our country along with gaining an amazing experience at Weber State meeting new people and having fun.”

ST. GEORGE, Utah – Amy Begaye from Kayenta and Isiah Collins (no hometown listed) were among the 2,684 students – the largest ever – who graduated from Dixie State University on May 6.

During the 111th commencement ceremony, held in Greater Zion Stadium on the DSU campus, the university honored the Class of 2022, with 60 % receiving bachelor’s degrees, 38% associates, and 2% master’s degrees.

Thousands of friends and family members filled up FLC’s Ray Dennison Memorial Field with applause for the Skyhawks.

Calton said, “As you ready to move on to the next step in creating a beautiful life for yourself, need not forget that in all the chaos that is life, to live as though happiness and success are already within you, no matter your title, job, or location.”

Gary Farmer is an actor and musician born in Ohsweken, Ontario, within the Six Nations of the Grand River. In his career spanning four decades, Farmer originated the role of Zachary Jeremiah Keecheegeshik in the original production of “Dry Lips Oughta Move” to “Kapuskasing” for Theatre Passe Muraille, Native Earth Performing Arts, and eventually the Royal Alexander Theatre, all in Toronto.

Farmer said, “I went to college for five years and never received a degree; I did not do very well.

“All of what I’ve told you so far, I learned beyond my time in college and university education,” he said. “All I’m saying is that it’s a lifetime of learning ahead of you all.”

Farmer found a lifetime of success as an actor, director, producer, writer, and musician.

“I had to diversify my skills to survive and to pull a nation of Indigenous people with me,” he said. “You see, our way is if I go, we all go—we go together.”

After Farmer’s speech, Stritikus awarded him an honorary bachelor’s degree from FLC.