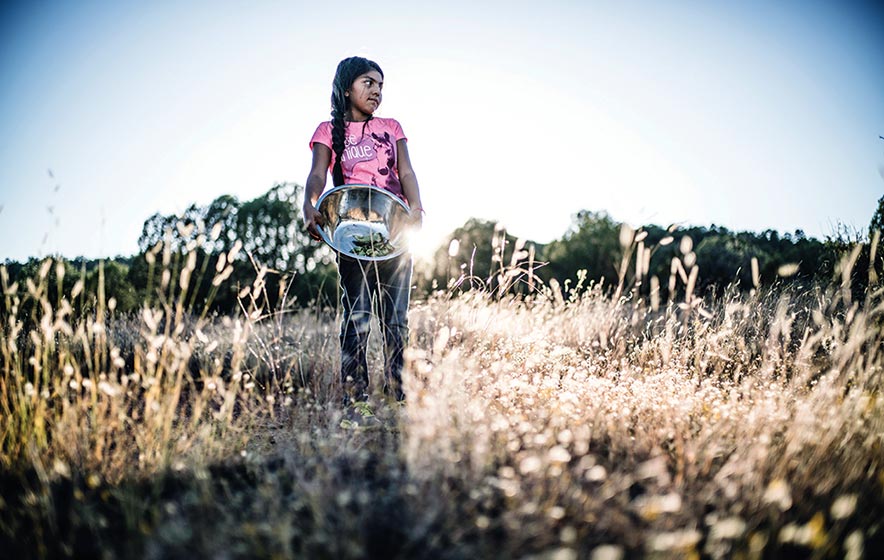 Courtesy photo
A child gathers native plants in this scene from "GATHER: The Fight to Revitalize our Native Foodways."

A 2020 documentary on the resurgence of Native foodways has finally found traction on a major streaming service.

“GATHER: The Fight to Revitalize our Native Foodways,” which features, among other food sovereignty warriors, White Mountain Apache/Diné chef Nephi Craig, will premier on Netflix before the end of the summer, according to Maggi Simpson, who handles public relations for the film. It’s currently available on iTunes, Amazon and Vimeo on demand.

Being picked up by Netflix is a big deal, “GATHER” explained on its Facebook page last fall, because the subscription service stocks its content based on popularity. “Every large platform hard-passed on GATHER because they assumed no one would watch Indigenous content,” reads an Oct. 16 post, before the November purchase. “And thus films with Indigenous casts continue to struggle to get made (without a white savior, that is).”

“GATHER”’s executive producers include Jason Momoa, who has both Native Hawaiian and Native American ancestry, along with Brian Mendoza, Jennifer Buffett, Wendy Schmidt and Christine Schantz. The film by Sanjay Rawal (“Food Chains,” “Run and Become”) documents the deliberate destruction of Native staples such as bison and salmon by colonial forces and chronicles the efforts of three tribes — White Mountain Apache, Yurok and Lakota — to reclaim them.

While it’s partially about health — an overweight Yurok youth laments that he’ll probably die of “food-related causes” and notes it’s easier to buy drugs on his reservation than “healthy, affordable food” — it’s mostly about culture.

The Lakota, for example, relied on the buffalo not only for food and hide but for their spirituality, notes Fred DuBray, who is raising the animals on his family’s historic cattle ranch. For the Yurok, salmon played that role.

Mental health is another aspect. Both Craig and Apache farmer Clayton Harvey share similar stories of “crash-landing” back on the rez after leaving and getting involved with drugs and alcohol. Both men found their way back to sobriety by taking an interest in their tribe’s Native foods, Harvey by growing them and Craig by converting a convenience store into the “Café Gozhoo” locavore café, with Harvey as one of his suppliers.

Apache master forager Twila Cassadore found her value teaching her tribe’s youngsters to identify and harvest wild food, which she says helped heal decades of unspoken trauma originating from being sexually abused as a girl.

The beautifully crafted film by Illumine in association with Ager Meillier Films and First Nations Development Institute lingers on shots of mountains, prairies and riverbanks — what Craig calls the “calorie-rich landscapes” (as opposed to “food deserts,” as most of the world considers reservations) — where the three tribes make their homes, and sounds an optimistic note by focusing on the young people. The Yurok youth, for example, is part of an effort to teach boys to understand the river they rely on, use traditional fishing methods and prepare what they catch.

DuBray’s daughter, Elsie, hopes to become a scientist and educate the world on the nutritional value of Native foods such as bison. As DuBray and his daughter look over their bison herd, DuBray implores her to “imagine what it would be like if there was a million of them.” “I don’t know how,” admits Elsie, “but we have to get it back that way.”