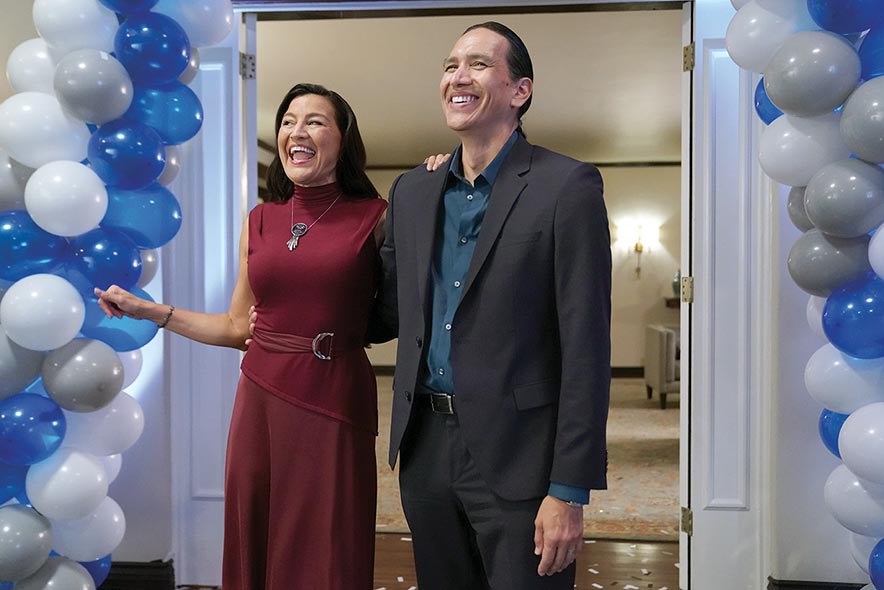 “Rutherford Falls” has been a hit with Indian Country and it has yet to be renewed for a third season.

Michael Greyeyes, Plains Cree from the Muskeg Lake First Nation, plays Terry Thomas on the sitcom and spoke with the Times last week.

His character runs the Minishonka Casino in the sitcom and actively works to support his people through any way necessary.

This role is different from Greyeyes’ usual work. He usually works in dramatic roles and has been seen in movies like “Blood Quantum” and “Dance Me Outside.” He has also been seen in drama TV shows such as “Fear the Walking Dead” and “Dreamkeeper.”

However, the role of Terry into which was not hard for him to delve.

“The body of work I’ve been creating, I’m very proud of it, it’s mostly dramatic work,” Greyeyes said. “This is the first time I was asked to find another way into the material which is, of course, through humor.

“As Indigenous people, we have a survivalist sense of humor,” he said. 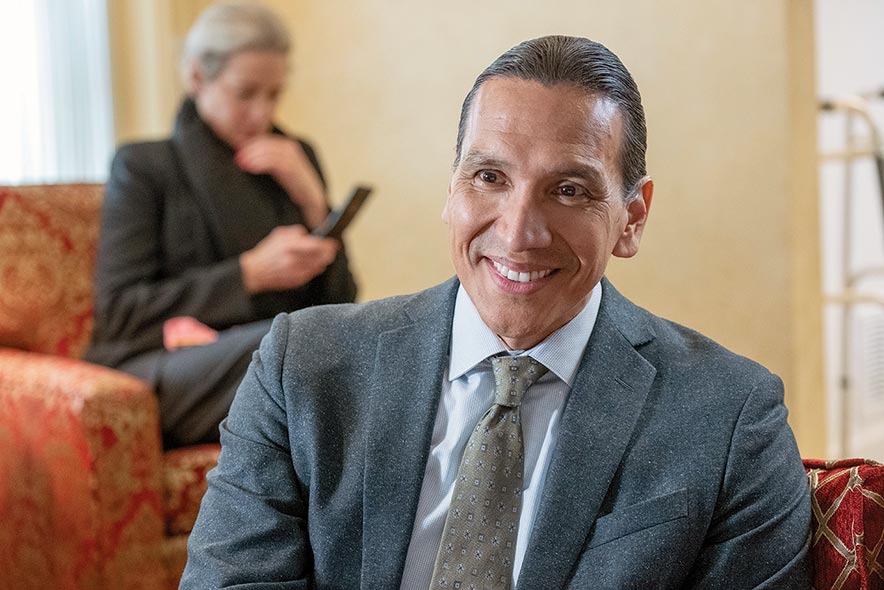 Because of this type of humor and because he has many other Native people in his life who love to laugh, including himself, it was not hard for him to tap into the role of Terry.

“Every Native person I know loves to laugh,” he said. “It wasn’t that hard for me to sort of embrace that other part of myself, it wasn’t hard for me to embrace what I see in my family, in my community, and frankly every other Indigenous community I’ve been to on Turtle Island.”

He said he starts laughing with other Native people seconds after meeting them.

“I’m really proud to be a part of a show that represents that part of ourselves,” he said.

While Native humor plays a huge part in his role as Terry, he also took inspiration from the men in his family and community.

“I have lots of uncles and I love the men from my community that taught me how to laugh and enjoy life,” Greyeyes said. “I’ve got a lot of uncles that are a lot like Terry, so it was a real honor for me to represent those men in a character on TV.”

He said the reception to the show’s second season has been well received, especially within Indian Country.

He said he and the cast were “so happy and excited” to get a season two of the sitcom.

“Indian Country loves the show and Indian Twitter and all these places,” he said, “they really, really love to show, that support, so I’m really hopeful that carries over to viewership.”

The sitcom was also the first Native comedy in television history within the United States, Greyeyes said.

He said in Canada, Indigenous cultures have been present in network television however this has not been the case with the United States.

“The advocacy done of Indigenous communities here in the U.S., we’ve finally, we finally just forced that door open and this show, ‘Rutherford Falls,’ was the first Indigenous helmed comedy in television history,” Greyeyes said.

He said “Rutherford Falls” was the beginning of something, “really, really important.”

He said the response to “Rutherford Falls” has been very vocal and he is hopeful it carries over to viewership so the sitcom can come back for season three.

Seasons one and two of “Rutherford Falls” are currently available for streaming through a subscription with Peacock.

According to Diné showrunner Sierra Ornelas’ Twitter, the show is currently in its last two weeks of data sampling, which decides if the show is renewed for season three.

She encouraged people to either rewatch the show or watch it from the start if they have not seen it.