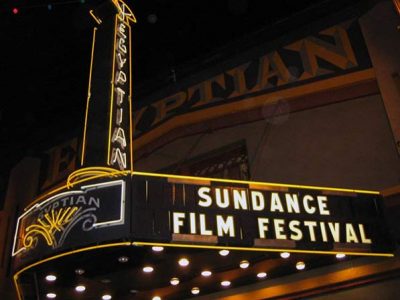 “Mud” (Hashtl’ishnii), a short film written and directed by Shaandiin Tome, on Dec. 4 was chosen for the Indie Episodic, Shorts and Special Events for the 2018 Sundance Film Festival.

The nine-minute film is about Ruby, a young Navajo mother, who faces the remnants of alcohol, family and culture on the last day of her life.

Tome wrote the script earlier this year. She knew the impacts of alcoholism in her own family while growing up. “This film serves as a reality that a lot of Native people face,” Tome said, “but it is also a conversation starter to how we, as a people, can strive towards a life where we are able to discuss the harshness of addiction and the impact it has on not only those addicted but the community as well. “But most of all, I wrote ‘Mud’ to capture a mother-son relationship and how a mother is striving to tell her son she loves him,” she said.

The film’s cast is Trini King of Shiprock, Forest Goodluck of Albuquerque, and Ernest David Tsosie of Fort Defiance.