A Tohatchi, New Mexico, man has been sentenced to 210 months in federal prison for killing his wife by hitting her in the head with a shovel.

Dennison Hale, 44, pleaded guilty on Feb. 28 to second-degree murder in this case.

According to Navajo Nation Police reports, police were told on Feb. 20, 2016, that a woman living in Hogback, New Mexico, had been assaulted earlier that morning at her home located about 0.3 miles east of the Flowing Water Navajo Casino.

The woman, who is referred to as Jane Doe, had been found unresponsive at her home and had been transported by helicopter to the San Juan Regional Medical center where she was later pronounced dead.

Navajo Police were told the assailant was her husband who had fled the scene on foot after the attack.

According to witnesses, Hale and his wife had gone to a dance the night before, arriving home about 3 a.m. Two other individuals were also staying overnight there as well. According to the witnesses, Doe began “frantically” searching for her cellphone several hours later, asking everyone if they had seen it.

One of the witnesses said Doe then left the building with Hale following her. A few moments later, the witnesses said they heard a scream. When they went outside, they reported seeing Hale pull off the jacket he was wearing and dropping it on the ground as he ran away from the scene. One of the witnesses said he chased after Hale and when he caught up with him, Hale stopped, turned around and hit the man in the face. Hale raced away and the man returned to the house.

The second witness told police that he had been worried for Doe’s safety for the past couple of days since he heard Hale say something like, “I’m gonna kill her. No one else could have her.”

PHOENIX – The FBI is seeking victims who may have been sexually assaulted at the Havasupai Indian Reservation in the Grand Canyon between 2002 and 2017, according to a Dec. 7 news release. 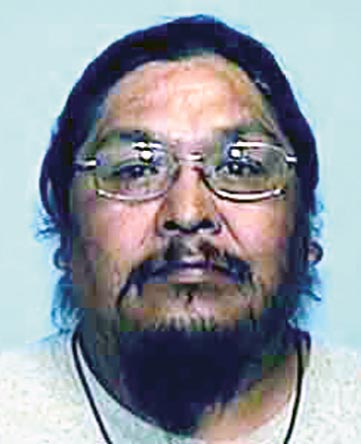 Havasupai is a world-renowned tourist destination that requires a 20-plus-mile round-trip hike in the Grand Canyon to visit the various waterfalls. In May 2017, a Canadian tourist and her friends, visiting Havasupai for a wedding ceremony, were approached by Fydel Jones, a 53-year-old Supai, Arizona, male. Jones offered to perform a sweatlodge ceremony for the wedding party.

Jones performed two separate ceremonies for the various members in the wedding party in a small mud hut. During the ceremonies, Jones sexually assaulted the victim and made sexual contact with another female in the party.

Authorities have received other reports of Jones performing similar acts under similar circumstances with other tourists in the past 15 years.

On Oct. 10, Jones was indicted on seven counts of abusive sexual contact and one count of felony theft. Jones was arrested on Oct. 30.

If you experienced a scenario similar to the one described above in the last 15 years, the FBI asks that you complete a questionnaire. Your responses are voluntary but would be useful in the federal investigation and to identify you as a potential victim.

Based on your responses, you may be contacted by the FBI and asked to provide additional information. The FBI is legally mandated to identify victims of federal crimes that it investigates and provide these victims with information, assistance services, and resources. Information: www.fbi.gov/phoenix.