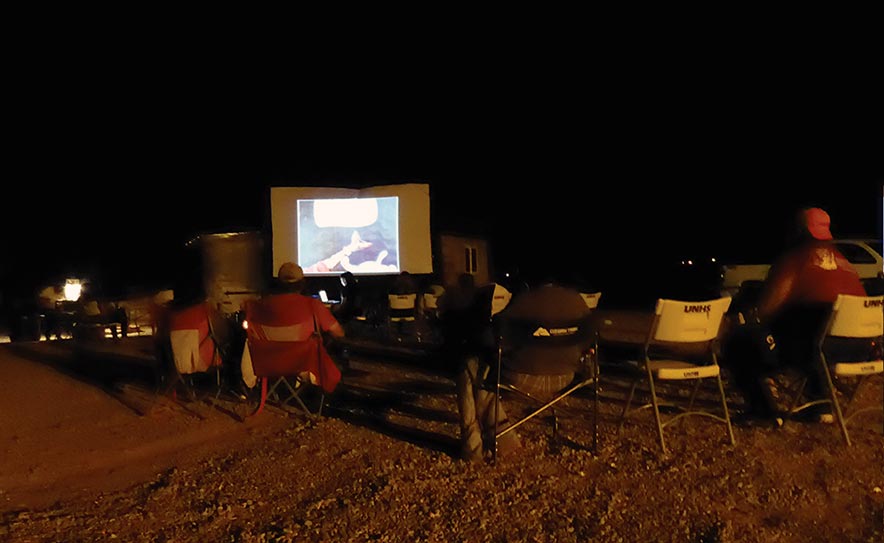 An outdoor inflatable movie screen with Montezuma Creek as a backdrop set the stage for the 1st annual Reel Iina Film Festival hosted by the Iina Bihoo’ah Program.

Nineteen filmmakers ranging in age from 10 to 24 created the short films. 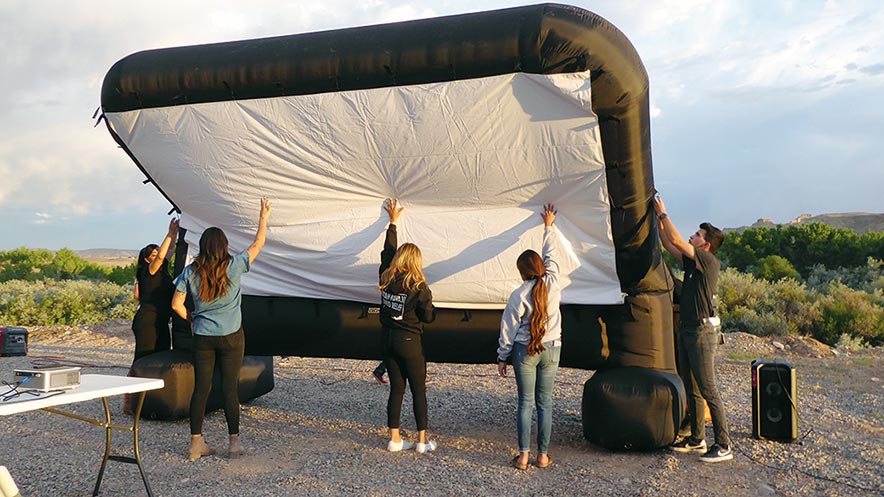 It is part of Utah Navajo Health Services and is passionately cared for by the Iina Bihoo’aah Youth Coordinator Sahar Khadjenoury.

“It is for youth to show themselves,” said Khadjenoury, observing youth setting up the movie screen. “They are proud of where they come from.”

Khadjenoury, with the help of young volunteers and interns, organized filmmaking workshops and the film festival through the COVID- 19 pandemic. 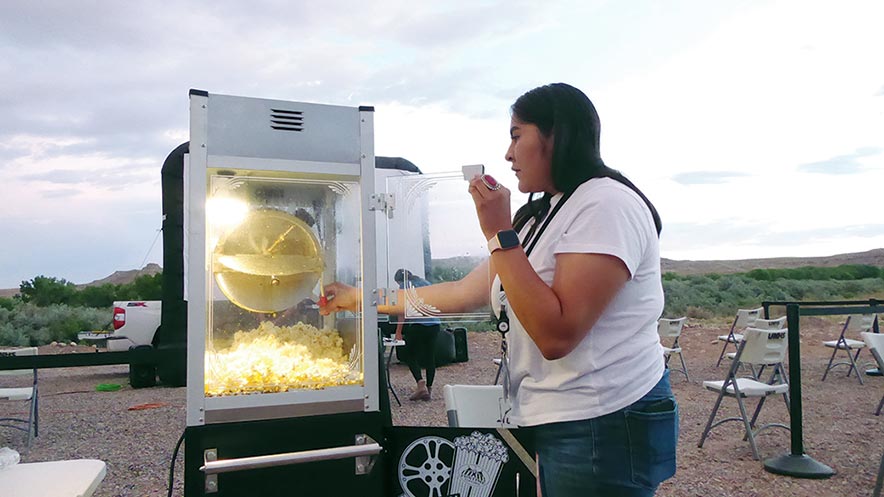 “My mom is a teacher, and she uses it,” said Sam. “It is important for kids to share with parents.”

Besides the film festival, the Iina Bihoo’ah Program served the community during the pandemic by chopping wood, distributing food and relief and holding workshops.