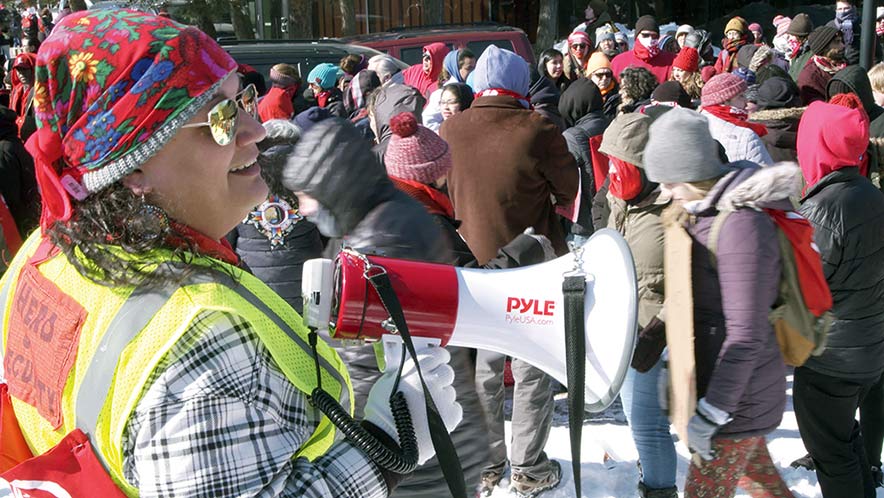 The women are dedicated to supporting victims and families of missing and murdered indigenous women, while fortifying their cultural identify and heritage. 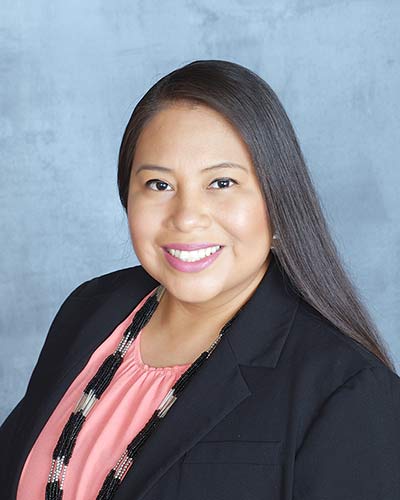 Hale, who is Sisseton Wahpeton Dakota and Diné, says the MMIW crisis, which correlates to widespread violence against Native women, is more than an epidemic – it’s a human rights crisis.

“Indigenous people continue to suffer from the effects of colonization, systemic oppression, and historical trauma,” said Hale. “Many of the issues we face today, such as the Missing and Murdered Indigenous Women epidemic, are a direct result of past U.S. federal Indian policies.”

They navigate the often oppressive and unjust systems that have contributed the MMIW crisis.

Through the lens of the annual Missing and Murdered Indigenous Women’s Rally and March in Minneapolis, Minnesota, the three tenacious women from different walks of life are drawn together to advance solutions while providing encouragement and comfort to their communities.

‘We all have gifts’

Hale said it is her hope that “Bring Her Home” will raise awareness and serve as a catalyst for conversation, cultural reclamation and systemic change.

“Native women make up less than one percent of the U.S. population yet face murder rates that are more than 10 times the national average,” said Hale. “I’ve made it my obligation to not only highlight the challenges my people face, but to offer stories of resilience, healing and hope to empower Indigenous communities near and far.”

Hale also believes it is important to support Indigenous women leaders who are role models in fighting to bring awareness to the MMIW crisis.

“All I can do is tell stories that will uplift our communities, because I think it’s always important that we see examples of success, that we know it’s possible to do these things while walking in two worlds,” she said.

Additionally, Hale said that since colonization, the importance of matriarchy in tribal cultures has diminished and the film shows Native women reclaiming their traditional teachings and status, whether through language, art, songs, stories or dance.

“We need to utilize those as our modern-day tools to help us have that strength and resiliency to remind us why we do the things we do today – it’s to carry on this legacy of our ancestors and provide a better future for our children and the unborn children,” said Hale.

“I feel like the more we have that, the more we protect ourselves from people who don’t have our best interest in mind,” she added.

By the same token, Hale says not everyone needs to be on the front lines of activism to be heard.

“We don’t all have to be politicians to make changes,” she said. “We all have gifts as human beings. Find that and nothing but good will come from that.”

Hale was raised in Los Angeles by her Diné father, Ben Hale, and her grandparents, who were sent to an boarding school by Riverside, California, as part of the Indian relocation program in their youth.

Growing up in LA, Hale says her family was very active in the urban inter-tribal community through the Southern California Indian Center.

“I had a good experience growing up because my family made sure we were part of the community through cultural gathering and events,” she said. “We grew up dancing at powwows.”

Hale also travelled back to the Oak Springs, Arizona, area on Navajo in the summers, to spend time with family and participate in Diné cultural traditions.

“Despite living far from my ancestral homelands, my family raised me with a strong sense of cultural identity, and it was learning from their traditional knowledge, stories, songs, and dances is where I discovered my passion for storytelling,” she said.

As an aspiring actress in the movie industry, Hale’s mother, Marsheila Cockrell, also inspired Hale by bringing her along to casting calls and film sets.

“It was awesome to see the inner workings of a production,” she said.

However, even at a young age, Hale said the overall lack of Native representation in Hollywood impacted her self-confidence.

She also noticed that when Native Americans like her Dakota mother were hired for films, they were often typecast into stereotypical roles and dress.

“Why are we always depicted as being from the 1800s?” she said. “That inspired me from a young age to do something about it.”

Hale went on to earn her bachelor’s degree in communications/television/film from California State University, Fullerton.

Then she moved to South Dakota and earned a graduate degree in American Indian Studies at University of South Dakota.

“That really helped me understand the key points in history in regard to U.S. federal policies and things that took place that changed the trajectory of our people, our way of life, our resources, confinement to our reservations — everything that still impacts us today,” she said.

It was then Hale learned that her ancestral homeland as a Dakota was actually in Minnesota.

“I took the time to learn that history so I could understand why we are the way we are, why we’re located in certain areas and how that still impacts us today,” she said.

For Hale, moving to the Twin Cities was a way of reclaiming her homeland and a connection to her ancestors.

She immersed herself in a Native American language program at the University of Minnesota and worked as a commercial tobacco prevention coordinator. Out of that came her first documentary called “Reclaiming Sacred Tobacco.”

Soon she became an entry level production assistant at Twin Cities PBS and worked on a documentary called “U.S. Dakota War of 1862.”

“The 1862 war was something horrific and evil that took place right in our backyard here,” she said.

Following the war, 38 Dakota men were sentenced to death by hanging on Dec. 26, 1862, in Mankata, Minneapolis, with the approval of President Abraham Lincoln, representing the largest mass execution in U.S. history.

“I wanted people to understand that when something like that happens in your community, there’s a ripple effect,” she said.

After the war, it was outlawed for Dakota people to live in the state of Minnesota, she said.

“They rounded up all of the men and put them in a camp and shipped them out of here and put them in prison,” she said. “All that was left were the women and children and elderly people.”

Survivors were transported out of the state and many passed away from disease, starvation or from broken hearts.

“They were trying to exterminate the Dakota people,” said Hale. “The state government put bounties out on our people. People were allowed to be paid $250 if they killed one of us.”

However, Hale said no one anticipated how strong and resilient the Dakota people were.

“We’re still here,” she said. “Every tribal group has their own story of something that happened in their backyard.”

Hale believes that today’s MMIW epidemic is part of the ongoing ripple effect from the traumatic events of the past.

“They turned a blind eye to things because we weren’t considered worthy to exist,” she said.

“We don’t see our women on the nightly news the way we would see a white woman if she went missing,” said Hale. “There’s this lack of humanness when our people go missing. To me it feels like nobody cares.”

Hale said living in an urban area, the MMIW problems for Native Americans are not so much related to jurisdictional issues and predators coming onto reservations, but the experience regarding a lack of action from law enforcement is still similar.

“It’s really about invisibility and how living amongst all these other races in the city where people don’t even see us for our uniqueness and originality of us being Indigenous to this land,” she said. “We’re just overlooked.”

Nevertheless, Hale said she likes to end her films on a hopeful note so viewers feel a sense of pride and empowerment.

“Like you just came out of a ceremony,” she said. “That’s what I want people to feel.”

She said while the mainstream media and entertainment tend to focus on violence and action, it’s important for Native Americans to continue to tell stories about people reclaiming their culture and languages.

“That’s why I love public media, because that’s the mission of it all – how do we do our best to educate people to find empathy, to understand differences, to respect each other as human beings,” said Hale.

“When you’re constantly being fed good, positive messages that make you feel good in your heart, make you feel strong and proud, it changes you and makes you want to do things that maybe you haven’t done before,” she said.