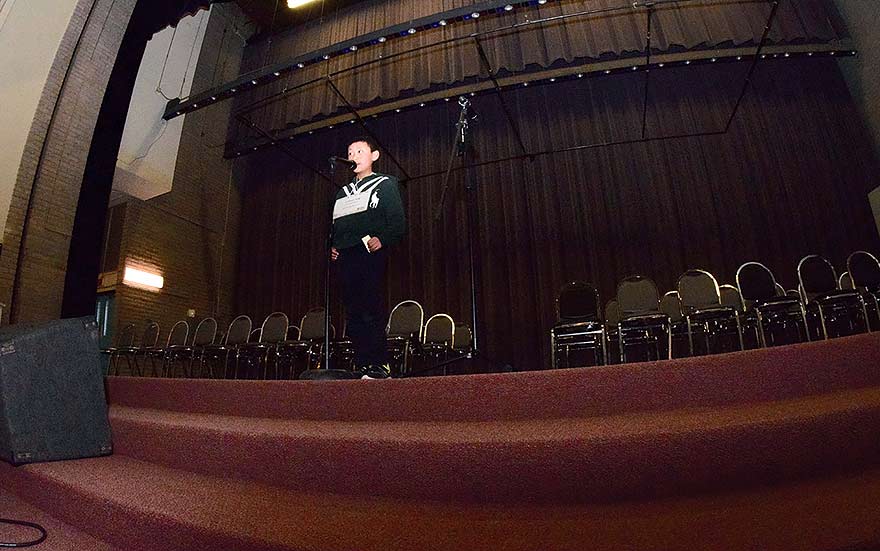 Special to the Times | Krista Allen
Ye-Shiao Tang of Tuba City Boarding School stands on the podium during the fourth-grade competition at the Navajo Times-Western Regional Spelling Bee on Feb. 7 at the Greyhills High auditorium in Tónaneesdizí.

Students from Tohajiilee Community School woke up around 4:30 a.m. to be on the bus at 6 a.m. to Crownpoint in order to participate in the Navajo Times-Navajo Nation Eastern Spelling Bee last Thursday.

This was early for TCS student Tatum Wilson, 9, who won runner-up to Autumn Trancos in the 4th grade division. The two girls went 50 rounds that lasted nearly an hour and a half.

“It felt difficult because it was hard,” Wilson said.

Four of the TCS spellers went home with awards and will be eligible to compete at the Navajo Nation Spelling Bee on March 14. There was only one TCS student, David Plater, who went home with a champion title in the 7th grade division. This is down from last year when the school took four of the five championships.