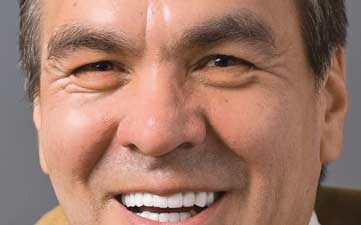 In the town of Yellowknife in Canada’s Northwest Territories, it was minus 10 and already dark.

But although it was coming from nearly 2,000 miles and several climate zones away, the voice on the other end of the phone could have been Navajo.

It was Norman Yakeleya, the new national chief of Canada’s Dene Nation, linguistic cousins of America’s Navajo and Apache tribes. He had been toying with an idea, and wanted it broached in the Navajo newspaper to gauge his “southern relations’” reaction. Yakeleya, 59, is feeling a strong pull to unite North America’s Athabascan tribes.

In these days of polarization, “I feel the largest indigenous group in North America should be leading the way in coming together,” he said. “We should be supporting our people in a holistic way, equipping each other to face life’s challenges.”