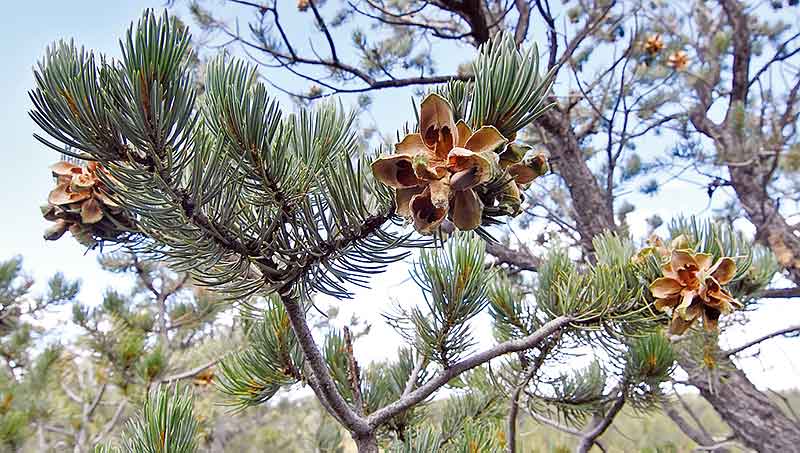 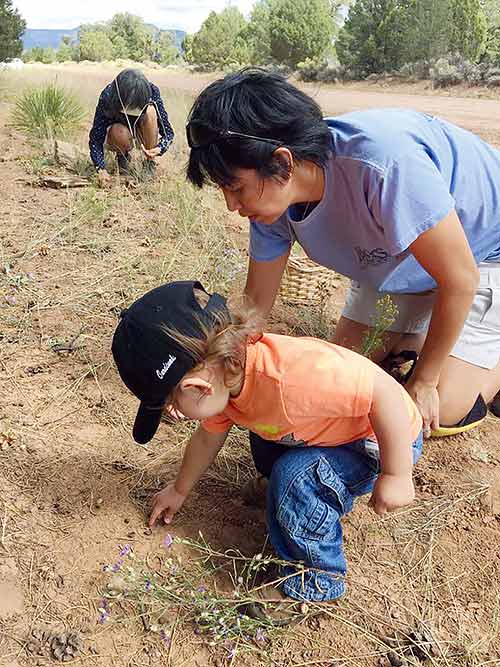 Gail Henry and her nephew Shea, 17 months, enjoy an afternoon of piñon-picking recently near Tsaile.

Cars packed wall-to-wall on the north rim of Canyon de Chelly might be a mystery to the tourists, but the locals know exactly why they’re there.

It’s a piñon year! And with the summer’s abundant rain, the tasty nuts are plumper, sweeter and more abundant than ever.

Tenijah Jake, mental health specialist at the Tsaile Health Clinic, joined the crowd on her way home from work recently to snag a handful for a snack, posting a picture of her harvest on her Facebook page with the title: “Perks of working in Taile, Arizona.”

“It’s very therapeutic,” said Jake, who should know. “Just focusing on picking, and not realizing what you’ve accomplished until you see your cup, or tin, or bag.”

The roasted nuts are delicious, and only come on about every four years, but that’s not what makes them precious, Jake believes.

“It’s a sense of community and culture,” she said. “In a sense, piñons are reminding us of our stories and who we are. It is familiar.”

It ought to be since, cars aside, the Navajos picking piñons are reenacting a ritual that dates back to prehistoric times in North America.

“The pinyon has probably been a source of food since shortly after the earliest arrival of Homo sapiens in the American Southwest, 12,000 or more years ago,” states the Wikipedia entry for “Pinyon pine.” “In the Great Basin of the United States, archaeological evidence indicates that the range of pinyon pine expanded northward after the Ice Age, reaching its northernmost (and present) limit in Southern Idaho about 4,000 B.C.”