Not only will you see new faces in Travis Hamilton’s new film “Legends from the Sky” but a whole new genre. 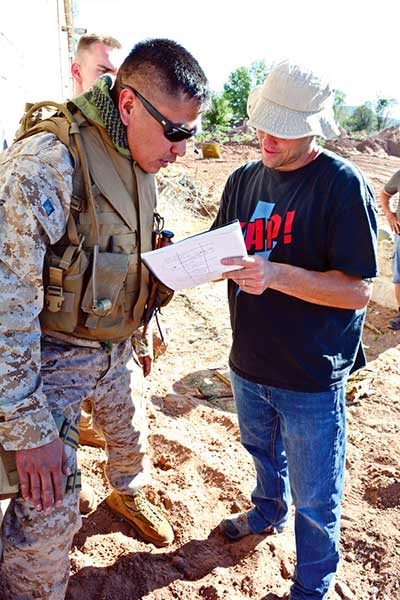 Edsel Pete, who plays “Lyle” in Holt Hamilton’s “Legends from the Sky,” takes direction from producer Travis Hamilton during the filming of the movie. (Courtesy photo)

“This is one of the first Native American sci-fi UFO films in the world, if not the very first,” said Hamilton. “It’s a sci-fi Native thriller. This is a new genre for us. I’m curious to see how people respond to it.

“I know there are a lot of Sci-fi/UFO fans in Native Country and wanted to bring a film that may be of more interest to some then any of our previous films,” Hamilton added, noting that this is the first time they’ve used special visual effects on a project this big.

“Legends from the Sky” is set to hit theaters on Jan. 30.

The film centers on a Native American veteran named Lyle, who is burdened by survivor’s guilt after a disastrous military tour. He is forced to search for his missing grandfather after his ancestral land is mysteriously taken over by the Unknown Federal Organization.

Playing Lyle is Edsel Pete, a graduate of Ganado High and the University of Arizona, who also served in the Marine Corps.

“Lyle is a Marine combat veteran who serves overseas and had to face treacherous adversity, who had promised to bring all his Marines back home safely yet there was a mishap,” Pete explains. “This mishap becomes his adversary and haunts him as he returns home. When he returns home, it becomes another battlefield he must endure but he is determined to conquer at any cost.”

“This was my first time acting and it was intense yet exciting,” Pete said. “It was a different type of challenge and adapting teamwork was key. It was not about me but rather it was about the story and the all actors and crew who were involved.

“Legends from the Sky” will run until Feb. 5.

“If people want more Native films to be made, then people need to support them,” Hamilton said on why people should head out to the theatrical premieres this week.

“People have a choice of what films get made or don’t get made by the tickets they chose to purchase at the box office,” He added.

It can also be seen at Harkins Theatres at Arizona Mills 25 in Tempe, Ariz.; Spectrum 18 in Tucson, Ariz.; at Northfield 18 in Denver, Colo. and at Bricktown 16 in Oklahoma City, Okla.

Locally, it is also being screened at Allen Theaters at Aztec 5 in Gallup, at Stadium 9 in Durango, Colo. and at Allen 8 in Farmington, N.M. 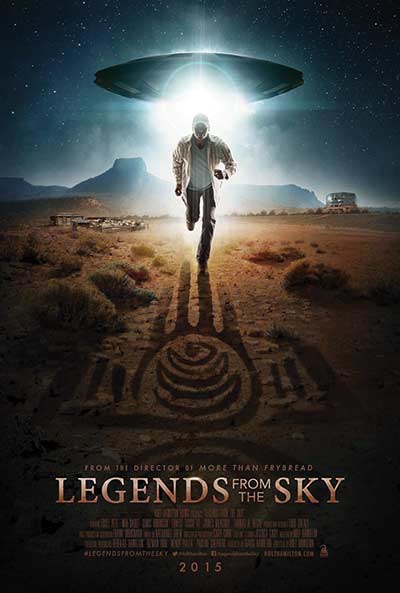