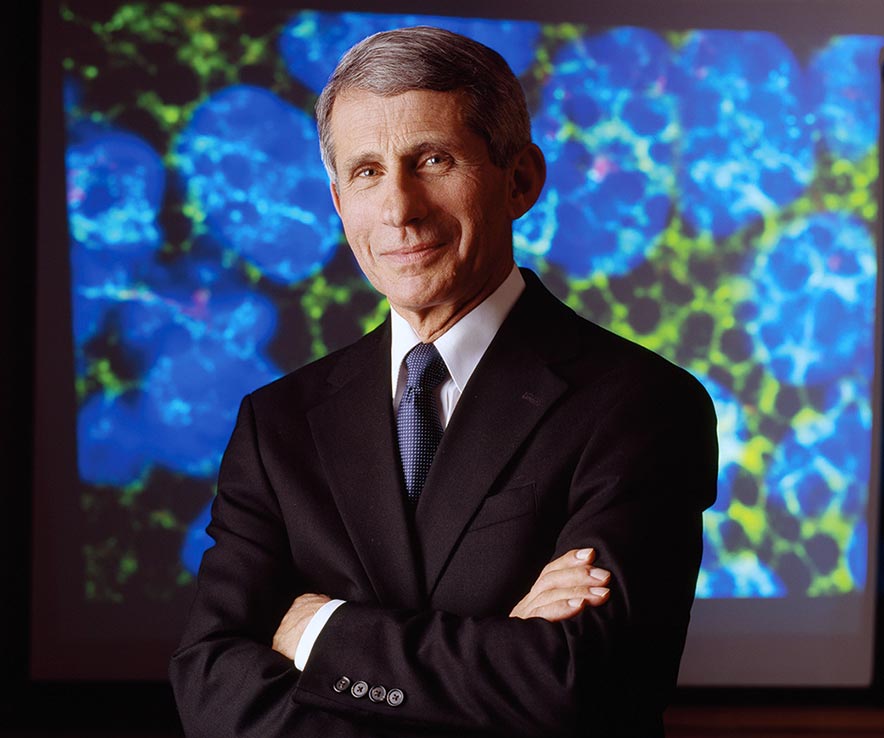 The big news on the COVID-19 front this week was that a more contagious variant could threaten another surge in infections by spring, and that vaccinated persons can still be asymptomatic carriers of the virus.

For both reasons, the CDC has issued new recommendations for double masking to further reduce the risk of exposure.

Viruses are constantly changing and variants or new strains of a virus can emerge when mutations (changes in genetic code) occur in infected persons.

WINDOW ROCK — The United State could face what is analogous to a Category 5 hurricane as the B117 COVID-19 variant begins to spread across the country, Michael Osterholm, director of the Center for Infectious Disease Research and Policy at the University of Minnesota, told NBC’s “Meet the Press” recently.

“The fact is that the surge that is likely to occur with the new variant from England is going to happen in the next six to 14 weeks,” said Osterholm. “If we see that happen, we are going to see something like we have not seen yet in this country.”

That is in line with a research report published on Feb.7 on www.MedRxiv.org by a group of researchers who investigated the spread of the new strain in recent months.
The study, not yet peer-reviewed and partially funded by the CDC and National Institutes of Health, examined the emergence, prevalence and growth of the B117 variant in COVID-19 test samples across the United States through genomic sequencing.

The researchers found B117 arrived in the U.S. towards the end of November.

“Importantly, we find that the B117 variant is 35-45% more transmissible across the country, doubling in relative frequency about every week and a half,” the report states.

The researchers pointed out that the U.S. Transportation Security Administration reported millions of Americans traveled internationally and domestically over the Thanksgiving, Christmas, and New Year’s holidays.

They indicated that may be a likely explanation for how B117 was first introduced and spread throughout the U.S.

According to the CDC, the variant has now been identified in 37 states, including Arizona, New Mexico and Utah, although genomic sequencing surveillance has been limited to date and uneven throughout the U.S.

The report’s findings indicate the variant will likely become dominant in many U.S. states by March, leading to further surges of COVID-19 in the country “unless urgent mitigation efforts are immediately implemented.”

“Our study shows that the U.S. is on a similar trajectory as other countries where B117 rapidly became the dominant SARS-CoV-2 variant, requiring immediate and decisive action to minimize COVID-19 morbidity and mortality,” said researchers.

Additionally, late last week British scientists with the government’s New and Emerging Respiratory Virus Threats Advisory Group reported that research indicated coronavirus infections caused by B117 in Britain were not only more contagious but were also “associated with an increased risk of hospitalization and death” compared to infection with non-variant viruses.

Just as health care workers across the country are getting a bit of a reprieve from the intensity of the holiday and post-holiday surges, Osterholm predicted a spring B117 surge could strain hospital capacity to a greater level than has been seen to date.

Variants that spread more easily, cause more severe disease, or may evade natural or vaccine immunity are of particular concern.

“Right now, the variant that might be of some concern, because it appears to transmit more efficiently, is the variance that has taken dominance in the U.K., referred to as B117,” Dr. Anthony Fauci, National Institute of Allergy and Infectious Diseases director and chief medical advisor to President Joe Biden, told Navajo Times in an exclusive interview Feb 10.

According to the CDC, B117 emerged in the United Kingdom in September 2020 and became the dominant variant in England within a few months, contributing to an alarming surge in cases.

Other variants include the South African B1351 variant and the Brazilian P1 variant, which have also been found in the U.S.

“We have some good tools against the variants,” said Fauci. “We need to be aware of them and take them seriously but it should not interfere in our continuing to have a diminution in the number of cases that you’re experiencing in Indian Country, which is also being experienced throughout the rest of the country.”

COVID-19 cases on the Navajo Nation have been steadily trending downward after the post-holiday surge.

Fauci said methods successfully used to reduce transmission of COVID-19 from person to person apply equally to the variants.

“The two ways to counter that are to double down on the uniform wearing of masks, physical distancing, avoid congregate settings, particularly indoors, and washing your hands as often as possible,” said Fauci.

“The other is that when vaccine becomes available to tribal members they should get vaccinated, because the (Pfizer or Moderna) vaccine is very effective against the U.K. variant,” he said.

The CDC announced last week that layering a cloth mask over a standard disposable surgical mask can improve fit and filtration and be up to 95% effective in preventing exposure to COVID-19.

Fauci was not aware of whether any surveillance has been done on the Navajo Nation to monitor COVID-19 variants, although there are many genetic sequencing laboratories across the country, he said.

A request from the Navajo Times to health experts with the Navajo Health Command Operations Center and Navajo Area IHS did not yield any answers on this topic.
The process used to identify variants is fairly straightforward, said Fauci, where virus samples from COVID-19 nasal swabs are put into solutions to extract the RNA and then sequencing can be done.

“We were not at the level that we would have liked to have been in doing genomic surveillance,” Fauci acknowledged.

“There’s a lot of genome sequencing going on throughout the country,” he said, “but it wasn’t done in an interconnected way where all the data can be centralized and available to be able to make some decisions.”

Fauci said that is changing now that the CDC and the National Institutes for Health are “dramatically increasing” their genomic surveillance capability, interconnecting it in a process called SARS-CoV-2 Sequencing for Public Health Emergency Response, Epidemiology and Surveillance. Also a consortium of more than 160 research and health institutions that exchange information “in a transparent way.”

“Things were not the way we wanted them some time ago, but they’re getting better and better,” he said.

Fauci also confirmed that people who have been vaccinated could still become infected and transmit COVID-19.

“Yes, theoretically, yes, because the primary endpoint for the study (vaccine trial) was 94-95 percent protection against clinically recognizable disease,” he said, “which means that it is conceivable that a vaccinated person could be protected from getting symptoms but could still have the virus in their nasopharynx (the upper part of the throat behind the nose).”

“Theoretically,” he said, “that means they could pass it on to someone else.”

The Pfizer and Moderna vaccines stimulate effective immunity, meaning the vaccine protects against serious illness, but doesn’t necessarily prevent someone from contracting COVID-19.

Fauci said in the next couple of months we will learn more from studies that are being done about the level of virus in the nasal pharynx of someone who is vaccinated and develops an asymptomatic infection.

“Then we’d be able to say what the risk would be of passing it on,” he said. “But since we don’t know that right now, we recommend that, even though you’ve been vaccinated, to wear a mask in case you are infected to prevent you from transmitting it to someone else.”

The good news, yet to be proven, is that symptomatic COVID-19 infection is generally thought to have a greater role in transmission than asymptomatic transmission so those who are vaccinated may be less likely to spread the virus.

Fauci estimated a total of about 45 million Pfizer and Moderna vaccine doses have been “injected into people” so far.

Achieving herd immunity will depend on a number of factors, said Fauci, including the uptake of the vaccine.

He said the Biden-Harris administration is working hard to increase and quicken vaccine distribution.

The Feb. 12 Kaiser Family Foundation COVID-19 Vaccine Monitor reported that 31% of the public say they will “wait and see” how the vaccine is working before getting vaccinated themselves. They expressed concerns over safety, side effects, long-term effects and efficacy of the vaccines.