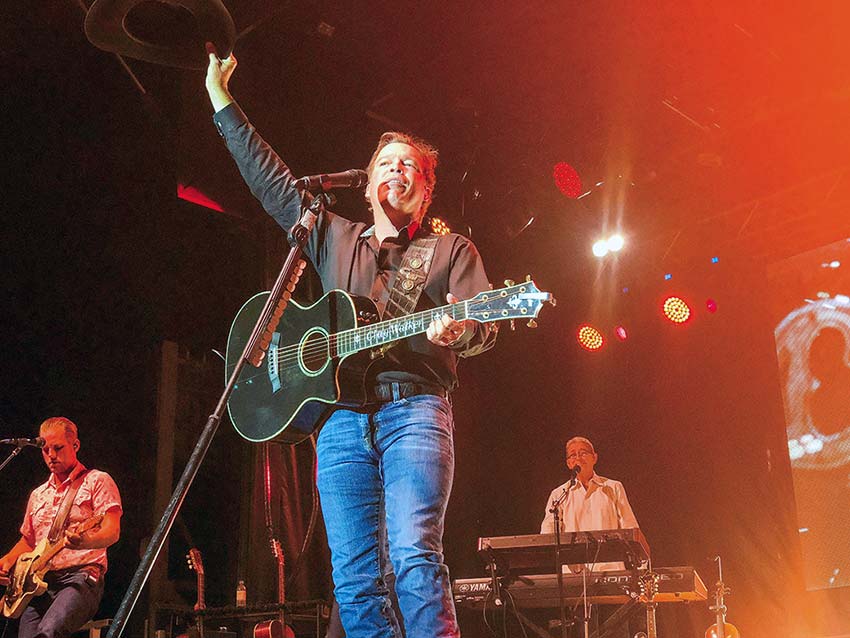 When Jeremy Shoemaker saw that fellow southeast Texas native country singer Clay Walker was going to hold a concert at Fire Rock Navajo Casino last Friday, he was surprised. “I’m about 20 miles from Clay Walker’s house,” said Shoemaker. “When I saw he was coming up I thought it couldn’t be more than a coincidence that a southeast Texas boy would be out here playing a concert.”

Shoemaker is a member of the U.S. military men and women stationed in Gallup temporarily to work with the Southwest Indian Foundation building homes for Navajo veterans. He came along with his fellow SWIFA worker and Navy man, Ryan Barnes. “Gallup is interesting. I’ve never been to a place like this,” said Barnes, who is originally from El Paso, Texas, as the crowd waited for Clay Walker to take to the stage. “This is my first Clay Walker concert.”

Clay Walker was the second concert that Fire Rock Navajo Casino hosted in conjunction with the Navajo Nation Fair, and on a warm Friday evening the crowd packed the outside concert area.