New Razor Saltboy album a cup of calm amid storm 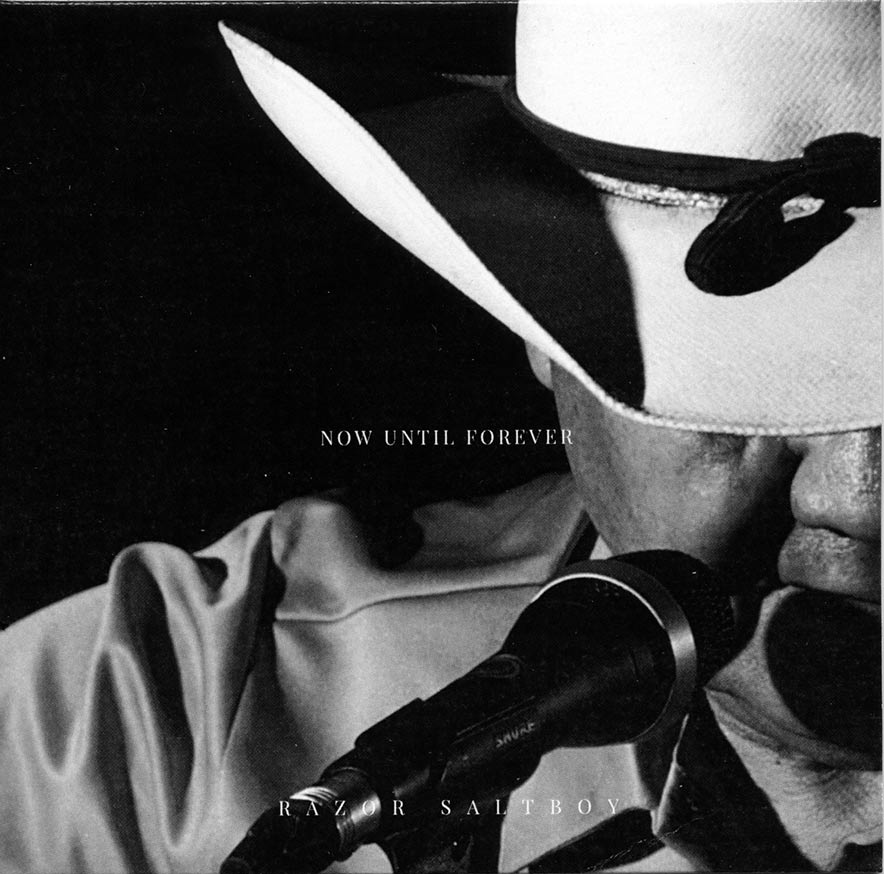 SUBMITTED
“Now until Forever,” Razor Saltboy’s first CD in 11 years, focuses on themes of love: “Whether or not you have it, what you do when you lose it.”

Amid the tumult of recent events, it’s nice to know some things just don’t change all that much. Navajo country music, for one.

Razor Saltboy’s new CD “Now until Forever” has everything you love about Diné country: catchy melodies, simple chord progressions, gently rocking rhythm and poetic lyrics touching on both local and universal themes, as well as the obligatory song in Diné bizaad.

At 71, Saltboy, aka Ray Baldwin Louis, is less about innovation than retrospection, and that’s OK, especially now. “Now until Forever” takes the chill off like the first cup of coffee on a winter morning.

It’s an act of grace that it even got made during this time of COVID-19. After his last album, 2010’s “The Warrior Pride,” Saltboy wasn’t going to make another. “I was too discouraged by all the piracy on the Navajo Nation,” he said in a phone interview from his home in Crystal, New Mexico. “People don’t know how tedious it is to mix 30 or 40 tracks,” he said. “The artist is supposed to get royalties every time his song is played, but people just steal it. Even some DJs. It hurts me when people copy my songs, and I know I’m not the only one.”

Still, it didn’t stop him from composing and playing songs for his own enjoyment, and his sons, who are also musicians and record producers, encouraged him to compile another CD. They started last year and, according to Aanor Louis, who engineered and produced the CD, got about half the tracks down before the pandemic hit.

Luckily there was enough talent in the family to call upon for backup instrumentals and vocals. “This one is really a family thing,” Saltboy said. “My sons, grandsons and granddaughters are all on it, and my youngest son produced it. After listening to my music for 30 years, he has an idea how it’s supposed to sound.”

Haylei Redhouse, a young talent from Tsaile, Arizona, backs up Saltboy’s vocals on the Navajo song, “Shaananidaa” (“Come Back to Me”). “I feel like us older musicians need to give the younger kids some exposure,” Saltboy explained. “Haylei is well known in her community, and she deserves a bigger audience.”

Aanor Louis said he initially wanted a spare, singer-songwriter vibe for the CD, but some of the tracks called for more complexity. “I just listened to the songs and let them be what they wanted to be,” he said. “My dad and I have different ideas and influences, but once I got enough music down that I could play it for him, he usually said, ‘Oh yeah, I like it.’”

Still, this is pure, innocent Navajo country at its finest, with lyrics that rhyme and tell a story. “That’s what songwriting is,” said Saltboy. “We get two-and-a-half to four minutes to tell a story, to express our feelings, to share our emotions in a way that catches people.”

After seven decades on the planet, during which he’s seen a lot of things change, Saltboy has plenty of stories to tell. He hasn’t yet written a song about how he got his stage name, but that’s a good story too. “Razor” comes from a high school teacher who thought he was sharp; a wordplay on his given name. Louis is Ashiihi Clan, but that’s not where he got “Saltboy.”

“Back in 1959, we had a huge snowstorm in Crystal,” he recalled. “It dumped five feet of snow overnight.” When the snow showed no signs of stopping, Louis’s grandfather burst into the house, demanding of Louis’s mother, “Which of your children was born in the summer?”

When Louis’s mother pointed out little Ray, his grandfather dragged him out into the blizzard. “He gave me four pieces of rock salt,” Louis recalled. “He had me chew each piece and then spit it in a different direction. After a few hours, the snow stopped.”

From then on, Louis was “Ashkii Ashiihi” to his family, and when his college drama teacher encouraged him to come up with a catchy stage name, he thought back to his childhood moniker.

The songs on “Now until Forever” are based on stories from his own and others’ lives, and fuse a variety of influences from Saltboy’s youth: “Jimmy Rogers, the train songs, the folk artists, Hank Williams … a lot of people talk about what a good musician Hank Williams was, but they miss the poetry in his songs,” Saltboy said. “He always rhymed his verses, and I feel comfortable rhyming mine, even in Navajo.”

Saltboy didn’t mention Johnny Cash, but “Navajo Babies are Born to Rock,” in which he lists all the Navajo towns that include the word “rock” immediately conjures Cash’s “I’ve Been Everywhere.”

That’s a fun one, but by far the best song on the album is the haunting “Chuska Mountain Dances,” which Saltboy calls “a three-minute autobiography.”

“I’m on the streets in this border town … cherished memories got me down,” sings Saltboy plaintively as he recalls vignettes from his youth.

Other tracks channel Saltboy’s father, who would get drunk and talk about moving to Montana, and his sons, whom he enjoys watching parent his granddaughters. They and his own relationship with his daughter when she was little inspired the delightful “My Little Girl and Me,” in which a young father chooses spending time with his daughter over going to town.

Listening to acquaintances and even strangers provided inspiration for the other song-stories, as well as being challenged by a Zuni woman to write a song about her tribe (“My Shiwi Girl”). Basically, “This album is about love,” summed up Saltboy. “Whether or not you have it, what you do when you lose it … I was going to call it ‘Love Me,’ but that sounded too much like President Trump.”

Aanor thinks it may be his dad’s best album by virtue of being the first self-produced one.

“We have all these ideas in our head for how we want the songs to sound, and for the first time we were able to capture that without having to translate it to another producer who doesn’t have the same background and influences that we do,” he explained. “Hopefully it sets us apart in a lot of ways, and will appeal to a bigger market.”

Information: “Now until Forever” can be found at Cool Runnings in St. Michaels, Alex Benally’s Hogan in Farmington, the Pow Wow Trading Post in Page, and soon Ellis Tanner in Gallup. Please don’t pirate it.