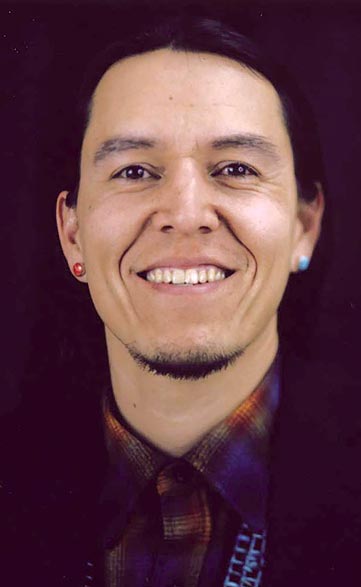 In the middle of a phone interview with former Navajo Times reporter Chee Brossy, he interrupted to ask this reporter if she was walking to her car.

“I can hear the wind,” Brossy said.

Brossy’s curiosity and keen observation is evident in his 2009 article “Looking For My Family,” which won the writer first place in the best-feature-story category from the Native American Journalists Association. The article is about an elderly Navajo man, who was orphaned as a child, searching for his family after leaving the Navajo Nation 62 years ago. That same award season, Chee also won another NAJA award for best news story for his article “FBI too harsh in artifacts sting?” — quite a feat for a reporter who had already left the newspaper business by the time the awards were handed out.

He spent two years with the Navajo Times before deciding to get a master’s degree from the Institute of American Indian Arts. “I loved my time at the Navajo Times,” said Brossy. “I really value it and those two years I was able to learn more about the place I grew up, the Navajo Nation, the issues and the people who live here in a way I never had before.”