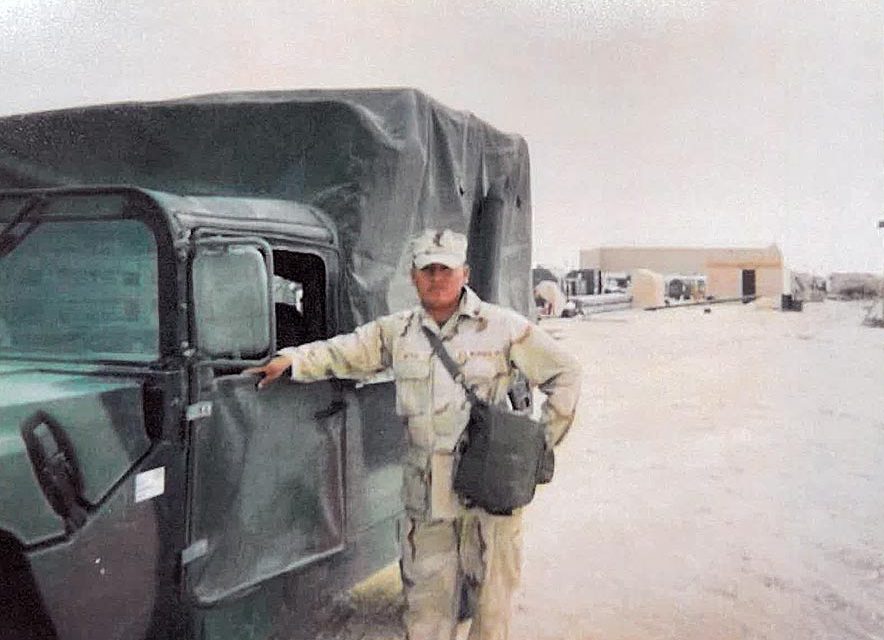 Courtesy | Barry Bitsui
Barry Bitsui poses for a photo next to a vehicle in Shaikh’Isa, Bahrain, in 2003. Inside his bag is a mask in case of an attack.

He was greeted by a drill instructor and ordered to get off the bus and onto the legendary yellow footprints in San Diego at 4:30 a.m. on Jan. 1, 1997.

While standing on the yellow footprints, Barry Bitsui received a brief on how to stand at attention, the difference between civilian laws and the Uniform Code of Military Justice, what it means to be a Marine, and how thousands of Marines have stood on those very same yellow footprints before him.

“That’s where my career began in the military,” said Bitsui, who served eight years in the U.S. Marine Corps.

He served in the 22nd Marine Expeditionary Unit, Operation Enduring Freedom and in South America.

“It was quite an adventure,” he said. “I thought it would be a lot like going to college.”

Bitsui was wrong. He learned that a Marine is primarily a warrior skilled in warfare.

Bitsui was honorably discharged in 2004, after which his life was going swimmingly but along came his inner demons and feeling on edge.

While he remains hypervigilant, he’s found some peace and will soon become a journeyman insulator mechanic after completing his apprenticeship training program at the International Association of Heat and Frost Insulators and Allied Workers Local No. 76 in Albuquerque.

Jeremie Overson, coordinator and president for Local No. 76, said Bitsui’s story is a road to success.

He said his journey started from humble beginnings. 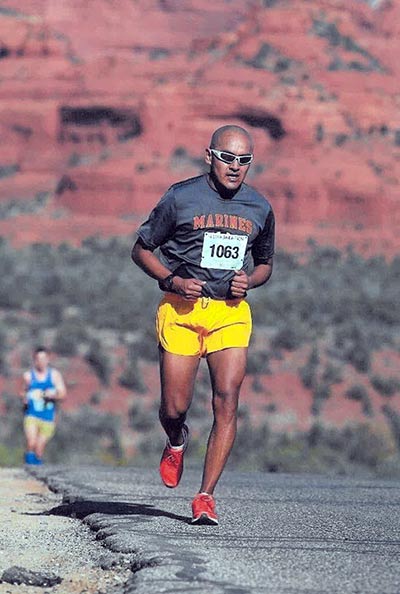 After graduating from Chinle High in 1996, he left Diné Bikéyah and went to Phoenix to live with an aunt and work.

At that point in time, he didn’t know where he was headed.

“I was technically enrolled at Arizona State University,” he said.

He made a bet with his aunt and enlisted in the Marines, after which he readjusted to civilian life.

“It was not what I expected,” he said. “There were a lot of hardships and hard times, especially with my skill level I had at that time.

Bitsui worked for Nestlé Purina in Flagstaff for seven years until he resigned because he was still having a hard time readjusting to civilian life.

“Trying to readapt into society was a bumpy road,” he explained.

Determined, the following year he used his GI Bill benefits and enrolled in a heavy equipment school in Stockton, California.

Bitsui had no choice but to leave home again and follow his uncles to the East Coast, where he started rough carpentry work for cell towers and power plants for a year.

When he returned to Flagstaff in 2015, he started working at a tissue production plant.

“Shortly after a year of working there, I started to miss my family,” he said.

Bitsui said it took a while of soul-searching to figure out his purpose, motivations, and what may need to change in his life to live in a greater alignment with his true self.

“To put food on the table was a deep motivation for me and to provide for my family, so I went into mechanical construction,” he said. “After looking for jobs in Albuquerque, I decided to go into the labor union and figure where I wanted to be.

“After being in the labor union for three months, I decided to go into the mechanical industry of insulation – heat and frost insulators,” he said. 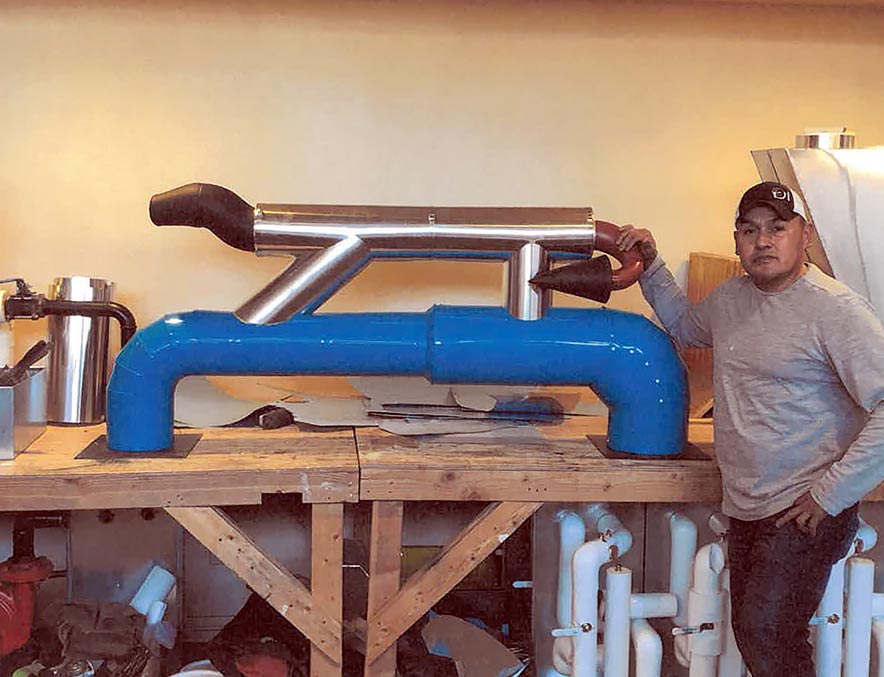 Courtesy | Barry Bitsui
Barry Bitsui trains at the International Association of Heat and Frost Insulators and Allied Workers No. 76 in Albuquerque. Bitsui is set to complete his four-year apprenticeship program soon.

“From 2019 to today, it’s been almost four years now that I’ve been in this trade where I’ve really excelled because of (the) knowledge from my past and how I was raised through culture and traditions.”

Bitsui said all he’s doing is preparing a great future for his family.

He said it’s a lot like a confidence course in which there are hurdles and obstacles.

“When I hit rock-bottom (alcoholism) with myself, I needed to identify and clarify who I was,” he said. “I kind of forgot about that. The one thing that I understood and knew how and how I perceive of myself is people made me who I am today.

“And to give back and understand the importance of who you are, it’s really compelling when you figure out and see for the first time.”

By soul-searching, Bitsui said he means looking at himself and reestablishing his moral compass and direction in life.

“The level of appreciation, and respecting the ground you walk on, just appreciating that morning sunrise, man,” he said. “There’s nothing more beautiful than that.

“My soul-searching came full circle in just refocusing on what was most important to me,” he said.

He said two most important things and people in his life are his family and the higher power.

“Without the higher power, my moral compass would be upside down,” he said. “I wouldn’t have direction.”

“Registered apprenticeship changes lives for the better,” Overson said. “And ‘Helmets and Hardhats’ (our recruiting efforts), gives a pathway to employment once active duty is complete.”