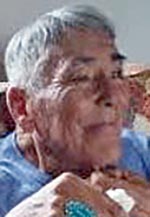 Hoskie was born Nov. 15, 1937, in Jeddito, into the Kiyaa’áanii (Towering House Clan), born for Tódích’ii’nii (Bitter Water Clan). He passed away March 29, 2022, at Sage Memorial Hospital in Ganado, Arizona.

Hoskie worked at the Keams Canyon store, Steamboat store and Burger King. He enjoyed going for walks, helping his loved ones and taking care of his partner, Nora Chee.

Hoskie was a kind person who was nice and greeted everyone with a warm smile. He was a humble person and meant so much to people who never had the opportunity to tell him.

Hoskie is survived by his sons and their families – Danny, Ricky, Harold and Philip.

Additionally, Hoskie was also a stepfather to his partner, Nora Chee’s, children and families – Sarah, Earl, Mike, Loretta and Carmelita.

GALLUP – Funeral services for Betty T. Bitsie, 92, of Mexican Springs, New Mexico, will be held today, June 23, at 10 a.m., at Rollie Mortuary in Gallup. Burial will follow in Mexican Springs.

Betty earned a GED on May 9, 1969. She was employed as a housekeeper and enjoyed beading, weaving and cooking.

Betty is preceded in death by her husband, Milton R. Bitsie; son, Timothy Bitsie; and parents, Faye and Jim Thomas.

Honorary pallbearers will be Edward M. Bitsie and Curtis Bitsie.

A drive-thru reception will take place at NHA Housing No. 34 in Mexican Springs, following services. 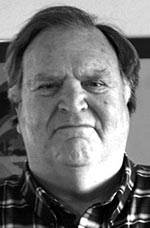 Gary was born July 27, 1943, in Baltimore, Ohio, to Ellsworth Jay Witherspoon and Anna (Stoughton) Witherspoon. He passed away June 16, 2022, in Kingman, Arizona.

In 1962, while attending Ohio State University as a history major, Gary was called to serve a two-year LDS mission in the Southwest Indian Mission. He spent the next two years on the Navajo Reservation working with Navajo elders and learning to speak the Navajo language.

Amidst 15 years residence and work on the Navajo Reservation, Gary’s academic pursuits led to work on a master’s in Indian education at Arizona State University and a master’s and Ph.D. in anthropology at the University of Chicago.

Gary’s publications include six books and more than 25 professional articles. His most noted publication, “Language and Art in the Navajo Universe,” won several awards and was nominated for a Pulitzer Prize. The book was listed by the New York Review of Books as one of the top 100 books published in the field of anthropology in the 20th century.

In the spring of 1964, Gary met Nellie Nabahe during the time he was a missionary in Shiprock from February to May of 1964. Nellie and Gary met at a funeral where both had been asked to give a talk.

Gary had known of Nellie before when he was a companion with Kenneth Nabahe in Piñon in 1963. At one point, Gary asked Kenneth who was sending him letters with $20 bills in them. Kenneth said it was his sister, Nellie, and Gary said, “Someday I am going to meet and marry her.”

After Gary finished his mission in August 1964, he returned to Shiprock to see Nellie. They went to a movie in Farmington and then the next day they went to the Navajo Nation Fair in Window Rock.

Gary enrolled at BYU in September 1964. He made several visits to Shiprock during that fall and Nellie made a couple of visits to Provo. During her first visit to Provo, Gary gave her an engagement ring. They were married in the Salt Lake Temple on Dec. 14, 1964, and married in a Navajo ceremony in Naschitti, about a week later. His beloved wife of 56 years passed away in May 2021.

During the last year of his life, Gary found happiness with his friend, Rosette Kisitu Sims. They were married Jan. 31, 2022.

Gary is preceded in death by Nellie, his beloved wife of 56 years; son, Gary Jr.; and siblings, Naomi, Paul and Larry.

Lincoln was retired. She liked watching “Family Feud” and “Gold Rush.” She enjoyed cooking, sewing, puzzles, and spending time with her grandkids. She also enjoyed the occasional kitchen table conversations.

James attended Sanders Valley High and Phoenix Indian High. He was a member of the U.S. Marine Corps, in San Diego, California.

James was employed with Navajo Nation as a police officer and inspector with the Navajo tribal Commerce Dept. in Window Rock. He was also a collection analyst, liaison officer and an administrative assistant with Houck Chapter.

His hobbies were reading the newspapers and watching his favorite football team, the Arizona Cardinals. 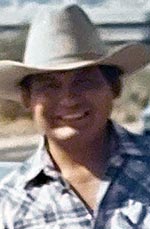 Louie Arviso was a son to Elsie and Kenneth Arviso and grandson to Bah and Charley Arviso of Tohatchi, New Mexico.

He enjoyed carpentry, silversmith work and traveling to national monuments and parks.

A reception, hosted by Merlee, will follow the service.

Meldrum Mortuary & Crematory is in charge of arrangements.