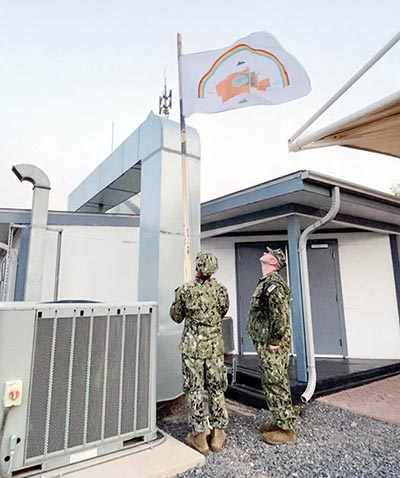 The Navajo Nation flag, placed by Chinle’s Isiah Hadley, is flown over camp in Djibouti, Africa, on Sept. 11. 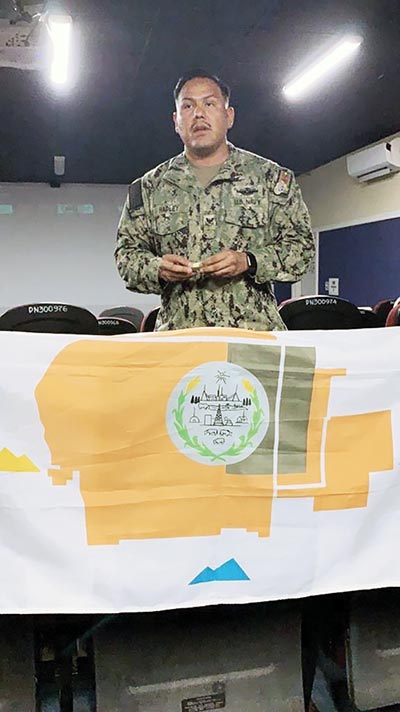 Chinle’s Isiah Hadley, a U.S. Hospital Corpsman Petty Officer 2nd Class, deployed to Djibouti, Africa, gives a presentation about the Navajo Code Talkers before a viewing of the movie “Windtalkers.”

He shared photos in hopes that they can be placed in a newspaper or social media platform.

He said he’d “like it to represent my family back home.”

Chinle’s Isiah Hadley, a U.S. Hospital Corpsman Petty Officer 2nd Class, deployed to Djibouti, Africa, gives a presentation about the Navajo Code Talkers before a viewing of the movie “Windtalkers.” 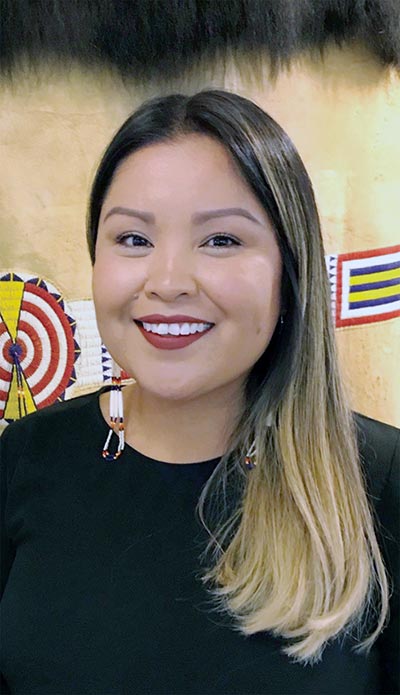 The bank is the only national Native-owned bank in the country and Lane helps support economic development in Indian Country.

Prior to joining NAB in 2014, she primarily worked in corporate America for different organizations ranging from a small start-up wealth management firm to a Fortune 500 company.

Lane joined NAB as a commercial credit analyst and has since transitioned to the Lending Department where she manages a diverse commercial lending portfolio with areas of expertise in several government guarantee programs.

She is also the tribal housing specialist for the bank and a member of the NAB marketing team.

Lane is a graduate of Fort Lewis College with a bachelor’s in accounting and a minor in small business management and entrepreneurship.

She is also a graduate of the University of Denver with a master’s in business administration – finance concentration.

She is a board member and treasurer of Native Women Lead, a nonprofit that just won $10 million in a challenge supported by Melinda Gates and Macenzie Scott. The nonprofit provides support and capital for Native female entrepreneurs.

She is also a member of the Fort Lewis College Native American Alumni Association and completed at six-year term as chairperson and co-chair of the University of Denver’s Indigenous Affinity Alumni Group.

Three years ago, she created a scholarship drive at her New Mexico high school to provide $1,500 to two students.

She is Diné and originally from Tohlakai, New Mexico, but currently resides in Denver. 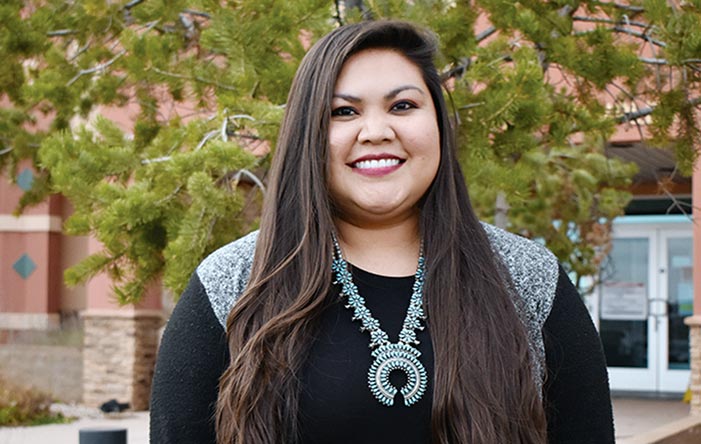 WINDOW ROCK – On Friday, the Division of Economic Development announced the hiring of the first Navajo Nation economist.

Alisha Murphy, a doctoral candidate of New Mexico State University, was named for the new position, which gains importance with new revenue arriving from the American Rescue Plan Act.

Murphy, who began work on Nov. 15, said her focus is to “understand the strengths of our Nation’s economy through data and identify opportunities for improvement in creating a positive business environment that continues to encourage the growth of Navajo entrepreneurship.”

Murphy plans to receive her doctorate in economic development degree from NMSU in May of 2022.

She is also vice chair of The Global Centre of Indigenomics and was recently honored with the 40 Under 40 Award from the National Center of American Indian Enterprise Development.

JT Willie, director of the Division of Economic Development, said, “We are at a point where job creation is vital.”

Willie, and Support Services Department Manager Tyrone Chee, enlisted the help of Gregory Redhouse, a professor of the Dine College School of Business, to finalize details of the economist.

Willie also emphasized the importance of hiring and retaining qualified candidates as well as targeting new graduates to return to the Navajo Nation to use their degrees.

ST. MICHAELS – The Navajo Housing Authority Board of Commissioners has appointed Maureen Curley as chief executive officer. The board voted 3-0 on Nov. 19 to hire Curley for a period of one year.

Curley’s experience includes work in both tribal and private jobs, with her most recent assignment as chief operations officer for the Quileute Tribe in Washington.
In 2015, she worked with the Confederated Tribes of Warm Springs in Oregon as executive administrative officer.

From June 2015 to March 2016, Curley served as chief administrative officer for the Pauma Band of Mission Indians of California.

From September 2005 to August 2014, Curley was a member on the Navajo Nation Gaming Enterprise Board of Directors.

Curley is a graduate of Western International University, where in 2007 she earned a bachelor’s in business administration and in 2016 a master’s in public administration.

David Sloan, NHA board chair, said, “We are extremely privileged that Curley will join the NHA as she brings great work experience to the table that will allow the organization to thrive and meet its goals.”