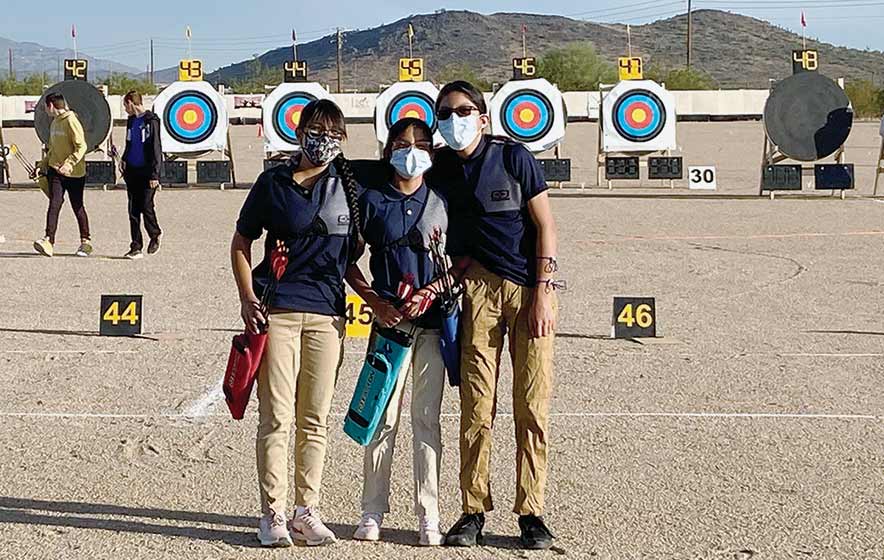 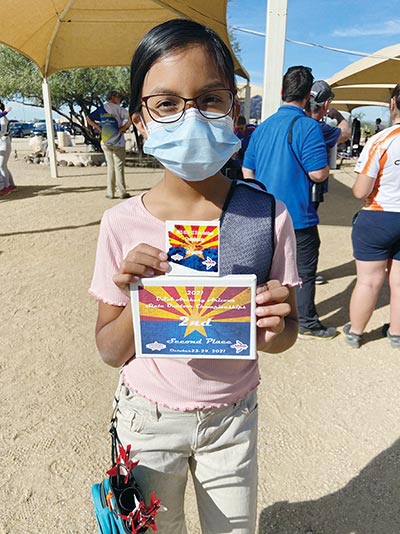 Courtesy photo
Octavia Redhouse won the silver medal in the barebow bowman female division for ages 12 and under at the Arizona State Archery Championships in Phoenix last weekend.

Octavia placed third in the ranking tournament and went on to win a silver medal in the elimination bracket tourney for the barebow bowman female division (ages 12 and under).

Bradley placed seventh in the ranking tourney for the barebow cub male division (ages 13 and 14).

Haylei placed fifth in the ranking tourney and went on to win a bronze medal in the elimination bracket tourney for the barebow cadet female division (ages 15 through 17).

More than 160 archers from across the state of Arizona attended the two-day event.

On both days, the Redhouse siblings had to rise early in the morning in order to grab a quick breakfast, travel to the tournament site, assemble their equipment, line up for equipment inspection, review the tournament rules with officials, get some official practice, and then to compete in their respective divisions.

Since this was an outdoor tournament, archers had to compensate for windy conditions that made it challenging and difficult to hit their target.

On the second day, several parents were cringing as their kids’ arrows were hitting the dirt because the wind increased as the day got warmer.

Bradley paid close attention to flags to determine which direction the wind was blowing and purposely aimed off a bit in order for the wind to carry his arrow back towards the target. 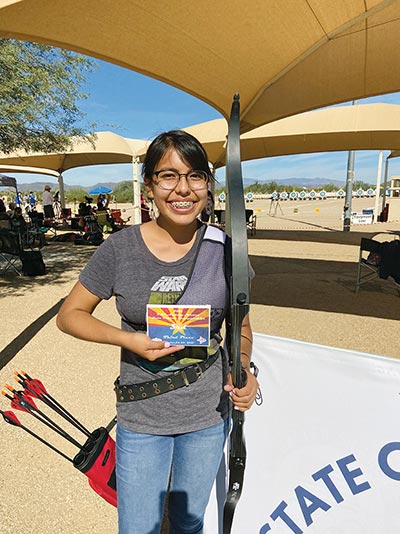 The Redhouse siblings are current members of the Junior Olympic Archery Development program and sanctioned by USA Archery, the national governing body for the Olympic sport of archery.

All three practice in their spare time and use archery to release mental stress, develop motor skills and hone their ability to focus and concentrate.

They are coached by their father, Gregory Redhouse. As a member of USA Archery, Gregory wants to see more archery tournaments hosted across the Navajo Nation as a way for everyone to engage with a proactive, productive and culturally-relevant sport.