Ground to be broken next month for new Sage hospital 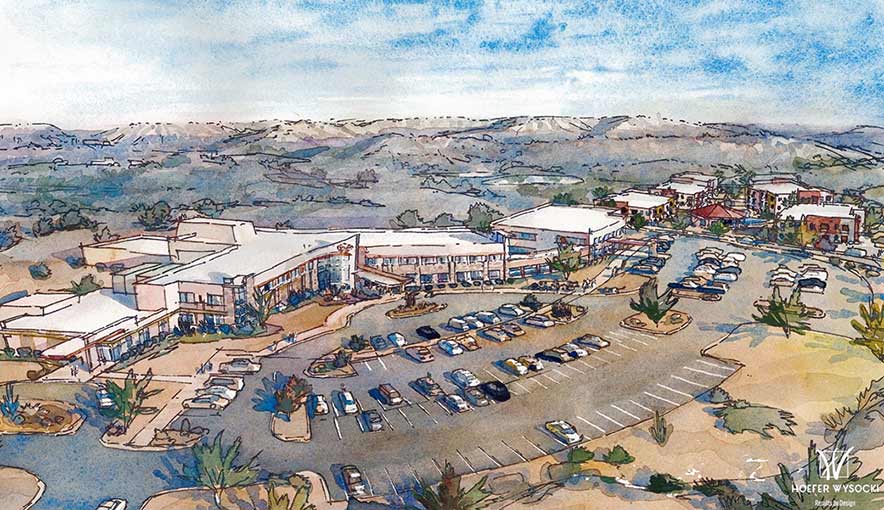 Submitted
This artist’s rendering shows the planned new 120,000-square-foot Sage Memorial Hospital and Clinic, for which ground will be broken next month at a limited public gathering compliant with COVID-19 protocols.

The turn-of-the-century Sage Memorial Hospital complex in Ganado is beautiful, historic and holds a lot of nostalgia for the community. But, for housing a modern hospital, it is about the worst thing imaginable.

The stone buildings are drafty, cramped and “nearly impossible to retrofit for anything, with those solid cement walls,” said Sage’s Chief Operating Officer Netrisha Delgai. She noted the buildings have been grandfathered in so they don’t have to adhere to modern building codes, “but if we closed down the hospital or the ER for one second, we wouldn’t be able to open back up.”

So after decades of wishing and planning, and with a hefty settlement from a lawsuit against the Indian Health Service in hand, the board and administration of the venerable health care institution have decided, in Delgai’s words, “You know what? We need to make this happen. The community members deserve a new hospital.”

Next month, a public groundbreaking will be held for a new 40-bed, 120,000-square-foot hospital and clinic with state-of-the-art electronic infrastructure to support modern medical technology — which has changed a lot since the old hospital was built in 1911.

The building is expected to be completed by the end of 2021. Between construction and the permanent jobs generated by the expanded services, at least 100 Diné will find employment here. While the hospital could pay the entire $125 million cost of the new structure out of the $200 million it received in the 2017 settlement, Sage CEO Cristi El-Meligi said it is leaning toward issuing bonds. 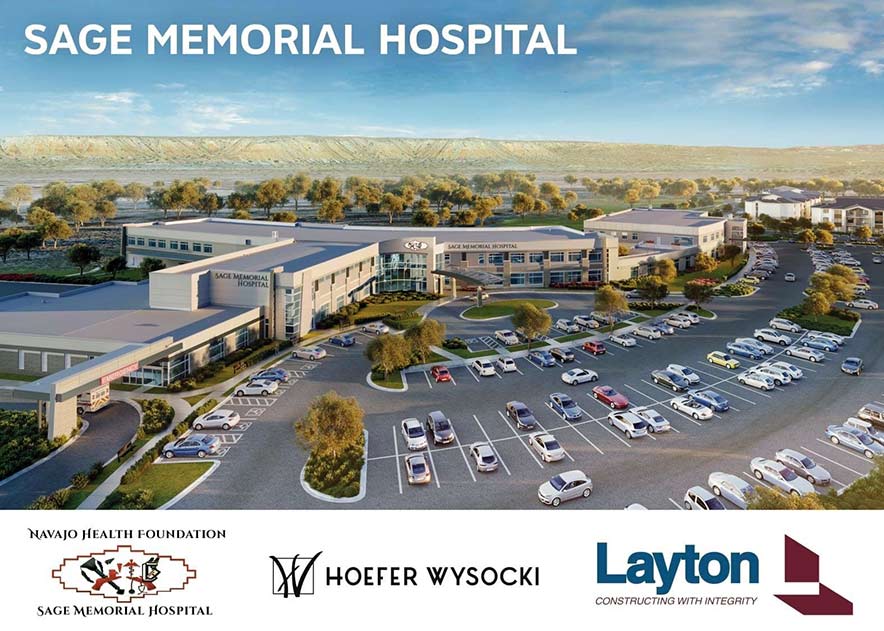 “That way not only do we have a new hospital, but it sets Sage up for the next 30 years,” she explained. More importantly, the new building will allow the hospital to add a number of specialties, including surgery, labor and delivery, dialysis and a cardiac laboratory.

And of major note in this pandemic era, it will finally have an intensive care unit. “We were not able to take COVID-19 cases because we just didn’t have the facilities for that level of acuity (severity),” El-Meligi said. “We have had to send the high-acuity cases elsewhere, which of course creates a hardship for the patient’s family because they have to drive long distances to see them. Now we’ll be able to keep them here.”

In terms of bed space, the new facility will be about 40 percent larger than the old hospital, which had 25 beds. Also, everything is under one roof, which means patients won’t have to go outside to the pharmacy or laboratory, which are currently in separate buildings from the main hospital. 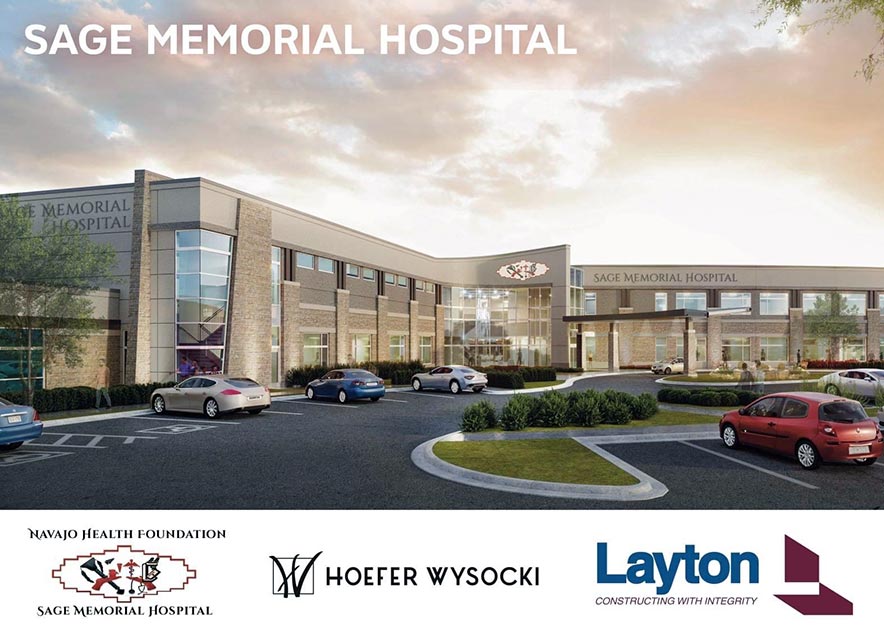 The addition of 90 new staff housing units, along with the 75 existing renovated homes, will allow Sage to draw in skilled nurses and doctors from elsewhere who may otherwise have a problem finding a place to live in the small community. “Right now, our housing is at full capacity, so that is definitely something that stops us from expanding our staff,” noted El-Meligi.

El-Meligi and Delgai said they toured six hospitals before deciding on Hoefer Wysocki as the architect and Layton Construction as the contractor. The beautiful old stone buildings will revert to the Presbytery of the Grand Canyon, which owns the entire 100-acre campus.

“They’re on the National Register of Historic Places, so they won’t be torn down,” assured El-Meligi.

Ganado Chapter President Marcarlo Roanhorse said the community is in full support of the new hospital, although he hopes Sage will try to recruit locally even though it will have plenty of on-campus housing. “We are a community of growth,” he said.
“We are a community of economic development. Knowing that we could have infrastructure placed in our community for the benefit of all the Navajo people is a source of pride for us.” El-Meligi and Delgai said the feeling is mutual.

“We really want to thank the people of Ganado and the surrounding area,” said Delgai. “We wouldn’t be here without their support.”