Lineman who grew up without electricity installs it for others 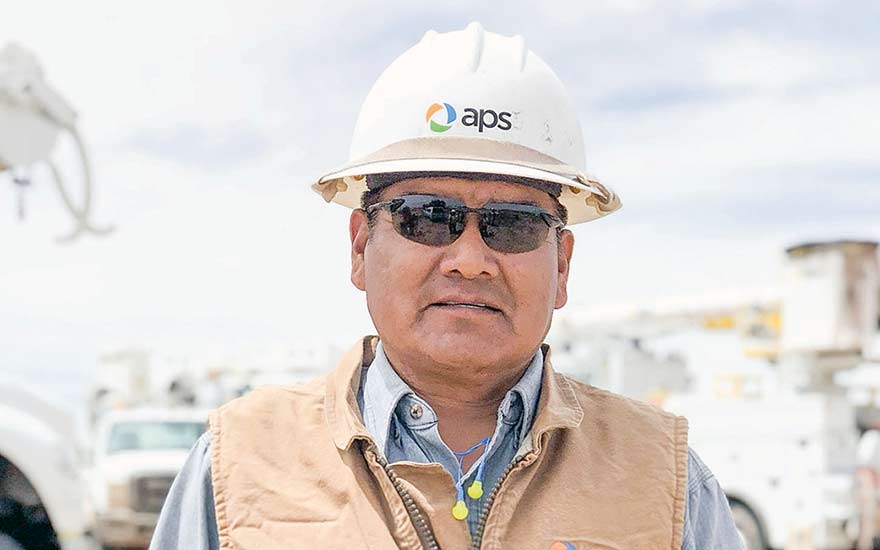 At one of the first houses the Light Up Navajo crews connected to power in mid-May, the customer was so excited she bought a cake for them.

The next day, the customer bought them a birthday cake, said Nolan Brimhall, the five-man crew foreman for Arizona Public Service, who spent a week in Western Navajo installing electricity for Diné families.

“One of the moms of one of the (customers) we (energized), she had a plaque of her daughter a long time ago –– like 20 years ago — and said that she’s going to get power and she finally got power 20 years later,” Brimhall said. ““She came in and she had tears coming down her cheeks,” he said. “That was awesome to get to see that.”

Brimhall says he and his crew every morning woke up, ate breakfast, and talked about their experience the day before, shared stories, and always ended the morning with how grateful they are to power homes in the Navajo Nation, where one of the his crew members, Julian Todacheenie, grew up before working for APS. Todacheenie, who is Tsénjíkíní, born for Tsi’naajínii, has worked for APS for 17 years.

He returned home with the crew on May 12 and helped connect Diné homes to the grid, which he didn’t grow up with, along with running water, when he was a child. “I think it’s great,” said Todacheenie, who relates to the families who live an off-grid life and knows the challenges. “It’s overwhelming when you see families turn on their switches and have power.”