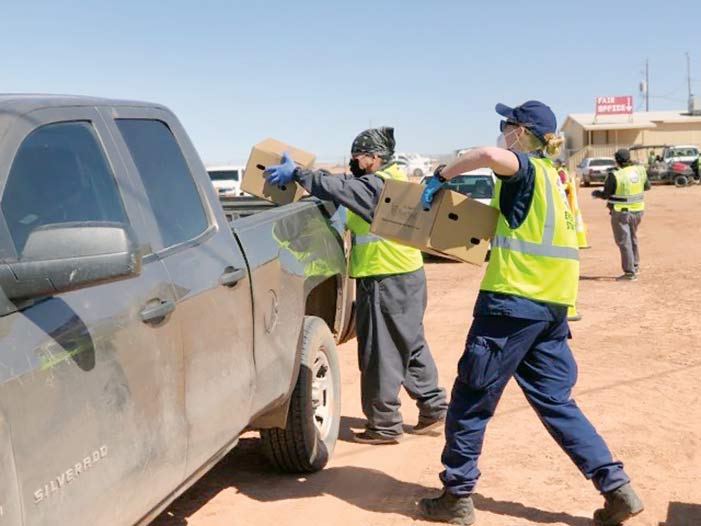 The speaker’s office reported Tuesday that the Navajo Nation Council partnered with St. Mary’s Food Bank for a food distribution at Tónaaneesdizí Chapter.

The collaboration began in mid-March after St. Mary’s notified Navajo liaisons of a large mobile pantry capable of serving 2,000 families.

St. Mary’s said that though it lost most of its rescue and food drive donations during the coronavirus pandemic, donations from restaurants and distributors have increased.

The trucks arrived at the Western Agency fairgrounds in Tuba City where food box distributions were staged. Families drove up to the distribution location to receive food without needing to exit their vehicles. 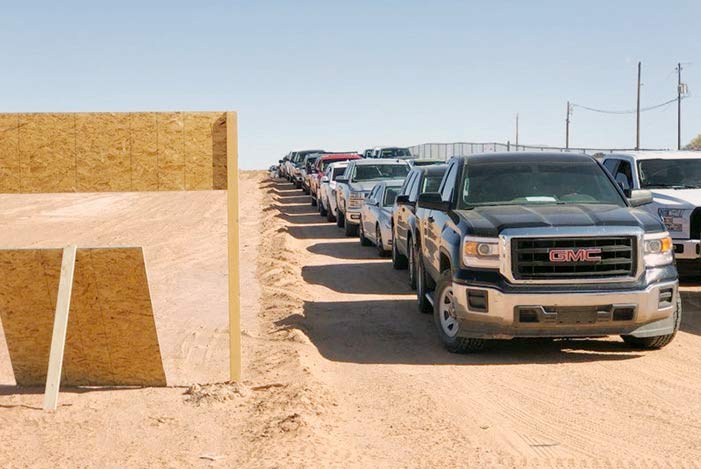 Courtesy photo | Speaker’s Office
With assistance from local leaders, volunteers and the Navajo Nation Police, more than 900 households were assisted by noon on Tuesday at the food distribution by St. Mary’s Food Bank. The line of vehicles was more than five miles at one point.

Each family received one box filled with non-perishable food items and another box with fruits and vegetables.

By noon on Tuesday, more than 900 families were served. The line of vehicles stretched more than five miles. 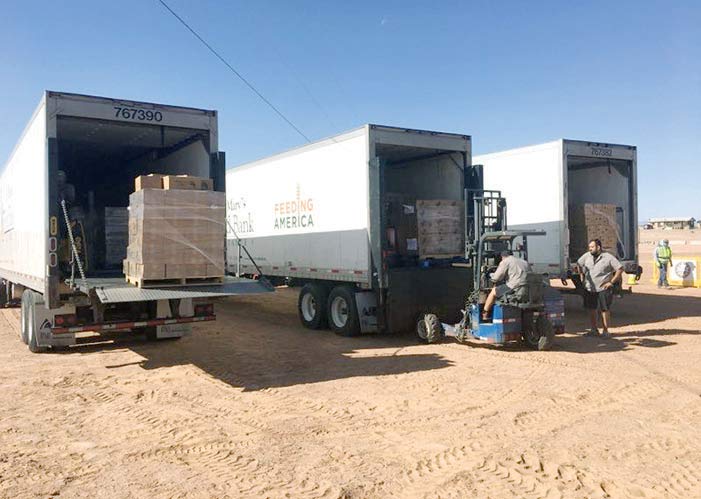 Tónaaneesdizí Delegate Otto Tso said, “I’m glad that St. Mary’s Food Bank, the Office of the Speaker and the Navajo Nation Council has worked together to make these deliveries possible during these hard times in Tuba City and surrounding chapters.”

Speaker Seth Damon said, “To the many donors that contributed to St. Mary’s Food Bank and who made this possible, the Navajo Nation owes you a debt of gratitude for contributing positively to the health and well-being of our people.”