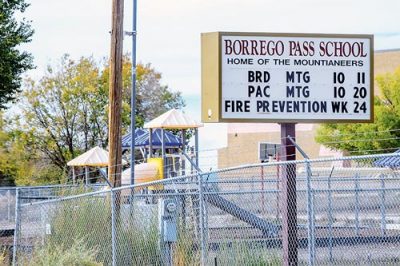 Navajo Times | File
The school board president of tiny Borrego Pass School has pleaded guilty to embezzling $53,000 in school funds.

The former board president of the tiny Borrego Pass School has entered a guilty plea to federal charges of embezzlement.

Fernie Yazzie faces a maximum five years in prison and a fine of up to $250,000.

In a plea bargain accepted by the U.S. Attorney’s Office in New Mexico, Yazzie admitted to using a school debit card to run up $53,000 in purchases for himself or others, including meals, movie tickets, domestic items and gift cards.

The questionable purchases were originally brought to the attention of the Department of Diné Education, which, after investigating, turned the evidence over to United States prosecutors since the school is a BIE school.

The K-8 school has 105 students. It had been a grant school but was ceded back to the BIE several years ago after the misappropriation allegations surfaced.