Guest Column | Reflections on living alone, away from home

By Pauly Denetclaw
Special to the Times 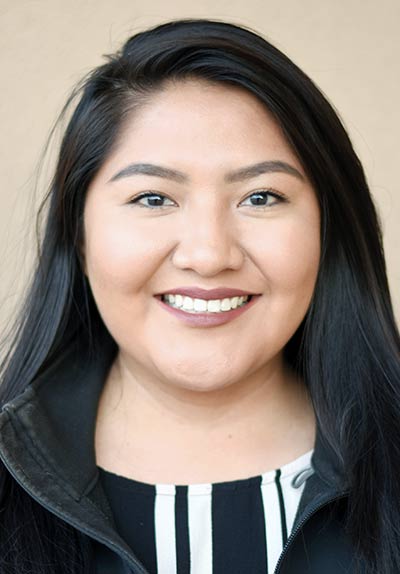 Well, I did and it was OK. In the five months, I lived in Austin, Texas – home of the tech bros and a growing metropolis that is under heavy construction, I had the best and worst times.

Here are the highlights and the lowlights.

Having my own space

GIRL! I LOVED decorating my apartment! It was so much fun.

I got to fill my space with art I bought at the Gallup Flea Market. I ordered a pale pink couch from Amazon and decorated it with throw pillows of The Sun tarot card, a pink seashell, a black cat, and Sáanii scarves.

My dining chairs are bright yellow and my toaster is pink. I bought fresh flowers every week to put in the pink vases I thrifted from the Goodwill just down the road from me.

I put up a canopy around my bed and bought a beautiful, brown wooden desk from a former co-worker. I bought more plants than anyone should have. I have a purple shag rug and a heart-shaped light.

My space is colorful and lush and a reflection of me. I spent so much time creating my space and making it how I wanted. It was the first time that I was able to pick out everything in my own apartment.

I got really sick

In September, I caught a virus that was misdiagnosed as strep throat. The doctor tested me for COVID, strep and mono, all came back negative. But they gave me a prescription for strep anyway.

My lymph nodes were swollen, my temperature was over 100, my gums swelled and grew over my back teeth, my throat was in excruciating pain and I couldn’t eat anything because it hurt too much.

I was all alone. I had no one to make me soup, to take me to the hospital or the grocery store. I was miserable. I was sad and I wanted my mother.

I cried to her several times a day on the phone telling her how much I just wanted to go home. I cried about how much pain I was in and how the medication they gave me wasn’t working.

Being sick and alone in a new city, with no friends or family is painfully lonely. Luckily my brother and his girlfriend were driving back from a vacation in Florida when they decided to pass through Austin.

After a week of feeling extremely lonely, my little brother came to save the day. He made my home feel like a home. I woke up to him making breakfast the next morning and I cried. I missed waking up to the smell of bacon and coffee.

He was playing YouTube videos and we were planning out our day. I didn’t want him and his girlfriend to leave.

The morning they left, I did something I shouldn’t have, I watched them drive away. I burst into tears because I wanted them to stay. I wanted my family in Austin.

After months of being around the most aggressive drivers, I finally learned how to hold my own in the city. I think I can drive anywhere now.

I was always scared and worried about how capable I was as a driver. I could barely drive around Albuquerque without feeling panicked. When I came home for the holidays, driving around Albuquerque was a walk in the park. Drivers weren’t cutting me off going 85 through a 65.

I also learned to drive long distances by myself. I’ve gone from Austin to Gallup, a 14-hour drive one-way, three times.

I’ve come to really enjoy the drives from Texas to New Mexico. The scenery is so beautiful and quiet.

It’s time away from all aspects of my life and I get to drive and think. It’s a long way but feels refreshing.

I met two women when I went paddle boarding by myself on Lady Bird Lake. They were glass blowers who had met in art school.

They made me laugh, told me about the art scene, taught me how to get on and off my paddle board, gave me sparkling water and invited me to their glass blowing classes at the studio they founded.

I had only rented the board for an hour. So, I had to leave them and paddle back to SUP ATX located off the shore.

I told the worker at SUP ATX how much I loved paddle boarding because I was from the high deserts of New Mexico. She too loved New Mexico and visited with her boyfriend.

We talked about how magical New Mexico is and the places we’ve been. I told her about some places she might like to visit on her next trip. Finally, I asked how much another hour of paddle boarding would be.

She told me to go back out and I would get a free hour, to just come look for her after I came back to get my ID. I thanked her profusely and she told me that I had good vibes and not many people are like that.

I became close to a Lipan Apache woman named Christa who worked at the physical therapy place I went to after tearing my meniscus.

I remember the day I came in, I looked at her and instantly knew she was Native. Her long black hair, leather watch and even the jewelry she wore were coded Native.

It was the type of stuff I would buy myself from local vendors that aren’t overly Native. If you know you know. I remember calling her close to me and asking if she was Native.

“Yeah, girl, I’m Native. What tribe are you?

“Lipan Apache. What tribe are you?

That day I felt a little less lonely. She got me and I got her.

We talked about crazy stuff people said to us as Native women. We defended Taylor Swift against my physical therapists Ron and Justin.

Later, we found out that she lives in the apartments directly across the street from me. She also had just moved from living with her parents in their community to Austin.

Christa and I gossiped for two hours every week. She felt familiar like my friends back home.

When I was younger, when the world felt new, I didn’t understand why people came home so quickly. It isn’t until you leave that you truly understand how lonely the world can be.

When you’re home, a relative or friend is around every store, restaurant or coffee spot. They’re with you in line at the Starbucks, in the booth behind you at Earl’s and texting that they think they saw you at the Walmart.

When you leave, no one looks like you. They don’t get your jokes or the slang you use. You’re constantly having to educate people about your people’s history and culture.

People say ignorant and racist things to you. They make you the “other” even in spaces with people of color. I became the Indigenous woman even when all I wanted was to just be Pauly.

I didn’t want to always have to be telling people about my community, about being Indigenous and hearing responses about how “I have some Native in me. My grandma had high cheekbones.”

Being away becomes exhausting. I understand when people come home because it feels like a long exhale when you see those sacred mountains and know you’re home.

I love where I grew up and I love my family. So, being away from my family and community is hard on me. But I did it and every day it got easier. The silence became less deafening and Austin started to feel like home away from home.

After months, I finally found the Indigenous community and they embraced me. They made me feel welcomed and I always appreciate their Facebook messages.

Being away is exciting, thrilling and awful all at the same time. Even though it’s hard, I’m glad I challenged myself because I’m learning a lot about myself.