Three things Navajo leadership can do to protect women, children 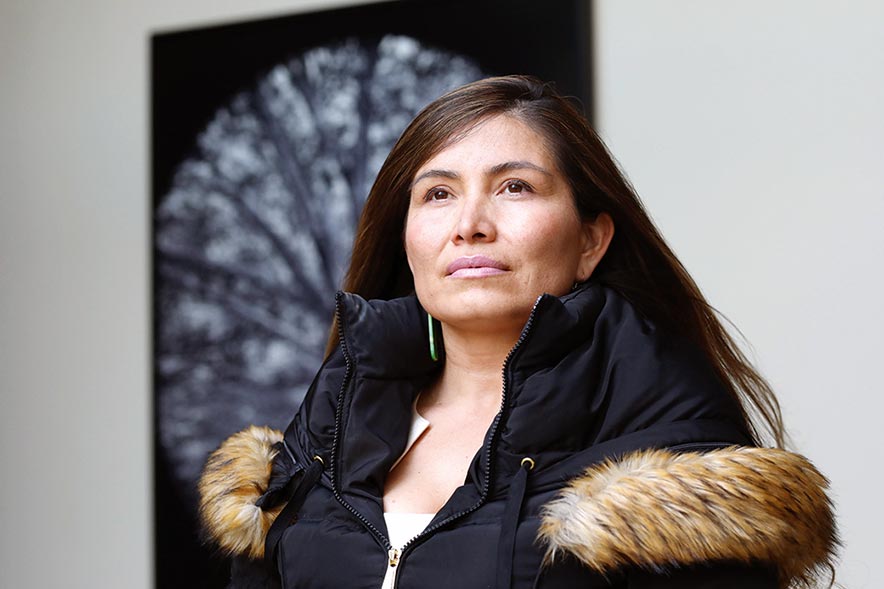 I was heartened to see the Diné Sáani for Justice March on Sept. 17 and the strong show of solidarity with Delegate Eugenia Charles-Newton and all Diné women and children who have faced acts of sexual violence. I hope our leaders in Window Rock will take this issue seriously and take swift measures to address this long standing and long overdue issue.

National statistics show that more than four in five Native women have experienced violence during their lifetime, and one in three have been raped or experienced an attempted rape.

My guess is that these occurrences are even higher among our Diné women and children. This is unacceptable and demands to be addressed with the highest sense of urgency by political leadership.

There are three very simple things that our political leadership can do to address this issue.

First, our lawmakers can eliminate statutes of limitation for the most serious crimes that happen to our women and children, such as murder, sexual assault, and other sex crimes. Many other jurisdictions in the United States do this to ensure that justice is served for the victims of these heinous crimes.

Waiving the Navajo Nation’s statutes of limitation for the most serious of crimes is important because dual prosecution by the federal government, which often has the same statute of limitations as the Nation, often impedes the Nation’s prosecution of those same cases.

Federal prosecutors tend to want to take the more serious cases that happen on the Nation, but do not always fully prosecute them. This is often due to what the federal prosecutors ultimately determine to be inadequate evidence.

Unfortunately, this results in some very serious cases going unprosecuted and families going without justice being served.

This failure to prosecute these serious crimes emboldens bad actors to continue committing those crimes on our lands and against our women and children because they see their crimes going unpunished.

This simple fix of waiving the statute of limitations for serious crimes was one of many important revisions to the Navajo Criminal Code that were developed under the previous administration but did not move forward through the legislative process due to delays in the Office of Legislative Counsel. Hopefully with a woman chief legislative counsel now in place, this will change.

Second, it is incredibly important that the Navajo Nation have a chief prosecutor. Having worked very hard to recruit one, I know this is a difficult task. However, it can and must be done.

The last chief prosecutor was an incredible Diné Asdzáán leader who was able to strengthen that team in a way we hadn’t seen in years.

At the time we had 14 prosecutor positions, but only seven were staffed. So her primary task was to fully staff our prosecutorial team, and she set about it immediately, and with great success.

Not only did she fill our vacant positions, but through compelling advocacy she was able to expand our prosecutorial team in very important ways, including by adding victim advocates – something the Nation didn’t have at the time.

Her strong leadership built a renewed esprit de corps among our prosecutorial team and provided the team with training and other resources they had long suffered without.

Yet she was let go in a shocking and most unceremonious manner, with no explanation for the basis of her termination, with no notice of an imminent termination, and no opportunity to remedy whatever issue may have been present.

This reprehensible action has remained unexplained and unjustified, and based on my experience with the stellar ethics, administrative skills, and legal skills exhibited by the former chief prosecutor, can only be explained by politics.

Meanwhile our prosecutorial team has been without support and leadership for almost two and a half years. The Navajo people, and Navajo women and children in particular, deserve better than that.

Finally, it is not just the prosecutor’s office that requires strengthening. It is our entire criminal justice system.

We can’t have timely prosecutions if we do not have timely filing of criminal complaints. This requires a robust and well-trained police force capable of timely call response and well-staffed enough that officers have time and support to file timely complaints.

We can’t have timely prosecutions if we don’t have adequate public defenders to defend the accused. The Office of the Public Defender has long been under-funded and under-staffed, even worse than the Office of the Prosecutor, and our defense bar consists mostly of reluctant members of the Navajo Nation Bar Association that raise any number of reasons why they are unable to defend these cases.

The appointment of new defense counsel adds a great deal of delay to the prosecution of Navajo criminal cases, and slows the delivery of justice for families.

And of course timely prosecution also requires a full bench of judges, but our judges remain undercompensated and their seats unsurprisingly go unfilled.

As Donovan Quintero pointed out in his Sept. 16 article (“Delegates tell painful stories during budget debate”), the various partners within the criminal justice system joined together in 2017 to strengthen our overall system, not just through law reform but also through a shared proposal that would have infused our system with the necessary foundational resources for our system to function in a manner capable of delivering justice and protection to our women, children, and families.

I hope our current leadership will look at this proposal with renewed interest now that our Diné Sáani are demanding immediate attention to the safety and well-being of our women and children.

Ethel Branch is interim executive director of the Navajo & Hopi Families COVID-19 Relief Fund. She is former attorney general for the Navajo Nation.