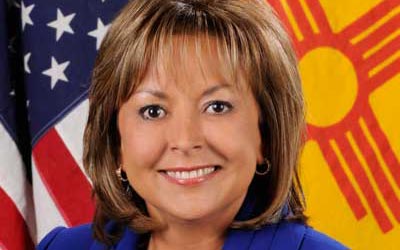 As I watch this year’s legislative session, I am concerned with the misinformed claims made by Republican Gov. Susana Martinez that have made right-to-work/anti-worker legislation her top priority. When I think of all the issues we face here in our state in building a healthy economy, I am appalled that the governor will be attacking our working families.

When the governor says right-to-work (RTW) is one of several hurdles New Mexico faces in attempting to become more economically competitive with neighboring states, she couldn’t be more wrong.

Talent and the cost of doing business are more important when factoring in whether or not a company will do business in New Mexico or anywhere else in the U.S.

Site selector James Renzas, a principal at The RSH Group Inc., in California, stated, “…Kentucky will likely never be a right-to-work state, and they have been very successful in attracting automotive suppliers, call centers and financial services operations.”

The whole idea of right-to-work perpetuates misleading information that makes false claims against labor unions. When the governor states, “It is fundamentally wrong to require membership (in a union) in order to get a job or take money from the paychecks of our workers by force,” she forgets that federal labor laws have been in place to protect workers who don’t want to join a labor union.

What she and other, right-to-work, supporters want to do is provide us with misleading alarmist information that demonizes labor unions. In doing so they opens the doors for more tax loopholes for major corporate greed. Corporate greed that has working families struggling to get ahead within a system that is working against them. A system that sold us the belief that the richest of the population, the corporations running our country, would carry an economy that would work for all of us, but really only works for an elite portion of the population.

Labor unions have done and continue to demonstrate their importance in the workplace by providing: safe working conditions, enforced health and safety regulations, standard minimum wages, 40-hour work weeks, overtime pay, paid vacations, pensions, healthcare, and equal pay for equal work. Unions are able to do this work to protect our workers and provide safe and ethical work environments because of collective bargaining agreements.

Right-to work laws would do nothing to secure or create jobs to improve our economy. The aim for this type of legislation is to dismantle unionized workers who negotiate favorable contracts for workers; reducing their strength and financial standings.

The facts about RTW laws that are never mentioned by the governor and other right-to-work supporters are:

The message the governor sends out to our working families is that they will be targeted and lied to yet again by this administration. Let’s stick to the real facts about right-to-work and other union busting legislation. And let us remember the safe workplace and wage benefits we have today are due to the diligence and sacrifice of our labor unions.

The passage of time has a fool-proof way of exposing the ineffectual exercise in futility that Senator Munoz’s meaningless meetings have concerning the solving of Gallup’s ever growing needless alcohol problem.

His last meaningless meeting took place in a church that he bragged about having the ability to fill. It did not register with him that false hope and the desire of the people to hear of a permanent solution is what drew them there. It certainly was not his effectiveness. He took about five seconds to tell all of us what the alcohol dealers like to hear: that it is impossible to ban alcohol in McKinley County.

He then proceeded to inform us that he would give the NCI a 72-hour hold for the legally addicted that are taken to NCI countless times per year. That so-called action is so low under the radar that it does not even qualify as a Band-Aid.

So between legal alcohol and marijuana (maybe we can even get spice back), Gallup can go from “Drunk City” to a new name yet to be determined (Zonked City, maybe?)

Has Gallup stumbled into the Twilight Zone and is now located deep inside of Sodom and Gomorrah? The voter’s Rip Van Winkle sleep must come to an end.

When there is a time for a ceremony to be performed for an individual, certain herbs are asked for so we go to Mother Nature and pray for those herbs, plants, roots, and the trees that are to be used in the ceremony.

Now when an elected official is to take office, they are sworn into office at inauguration taking an oath to uphold their governmental position, but it seems that honor is thrown to the wind and the authority and dominion that was swore to and to be upheld to just becomes an opportunity for the officials to steal from the people of the Navajo Nation, the children, elderly and the veterans.

Remember to honor the ones who you are in office for.

This letter is in response to the Gallup Independent’s headline article on Feb. 3, 2015, “Harsh words for council”.

The rhetoric sounds just like Leonard Tsosie now asking the Supreme Court to “go towards Navajo fundamental law of Ôtalking things out.'”

After taking disrespectful, distasteful action to annihilate the votes of 41,000 silent majority voters, some delegates have the audacity to slam the actions of respectful leaders Dale Tsosie and Hank Whitethorne.

Calling the petition “hateful statements,” the 22nd Navajo Nation Council takes aim at the petitions through the Gallup Independent. I, for one, support the continued efforts of the two petitioners as they seek to protect the integrity of the election process, the 41,000 silent majority voters and Dr. Joe Shirley Jr. and Russell Begaye, presidential candidates.

I support the NEA position to hold the presidential election as soon as possible. Is it time to explore other avenues of funding the election?