From the Publisher: A tip of the hat to two brothers 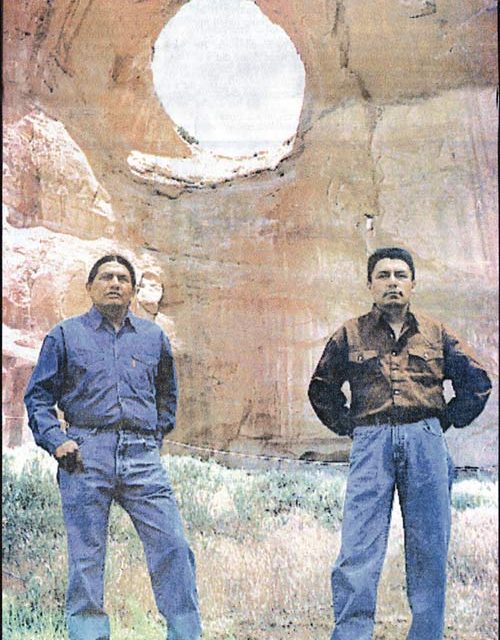 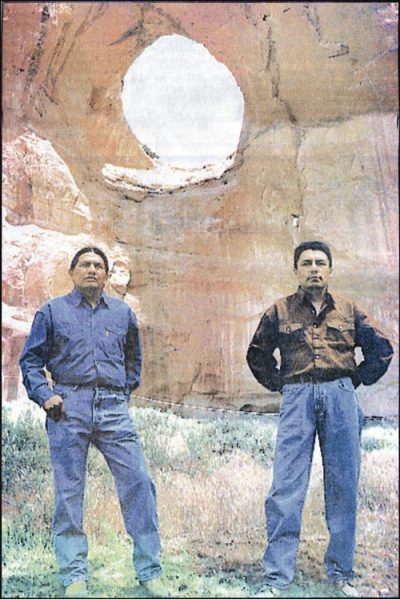 The Navajo Times newspaper will turn 57 years old in August. It became a copyrighted tabloid publication in 1960 and for most of its young years the Navajo Times office was located in an old building that stood in an area that today is the Window Rock Flea Market.

During the 1970s, in addition to publishing a weekly newspaper, the Navajo Times also used to do commercial printing. The print staff would print letterheads and envelopes, order forms, flyers and posters for the Navajo Tribe, primarily.

It was in those commercial printing days that two young Navajo men got their start at the Navajo Times. Under the tutelage of Leonard Sylvan, who continues to work as a press technician today, Willie Holtsoi and Lawrence Curley were cultured in the skilled printing trade.

Willie and Lawrence both started their print careers by learning to run commercial printing equipment in a small, cramped room in the old Navajo Times building. Over the years, they eventually graduated to operating a newspaper web-style printing press in a huge special-built pressroom in our current building located in downtown Window Rock.

This past Friday the Times staff hosted a special potluck luncheon to celebrate the memorable careers of Willie and Lawrence. Willie, press foreman, put in 41 years at the Navajo Times, and Lawrence, press operator, chalked up 35 years. Friday, June 30, was their last day on the job.

Willie, 62, and Lawrence, 61, are now both officially retired.

At our luncheon we shared a lot of laughs, words of encouragement and gratitude, and a few tears. Before we ate, our controller Olivia Benally delivered a strong heartfelt prayer that truly expressed how grateful and proud we all were to have shared our lives with Willie and Lawrence. She called them “Men of God,” and that is true.

I’ve worked with these two guys for over 32 years now and we’ve become close, like brothers. Our morning conversations gradually changed over the years from talking about ballgames and the goofy things we did over the weekend, to serious and humorous chatter about our kids and grandkids.

Today, I know Willie and Lawrence to be the consummate family men – they are proud fathers and loving, caring grandpas.

We have worked and grown older together over the last four decades, and as the cliché goes, the years seem to have gone by way too fast. 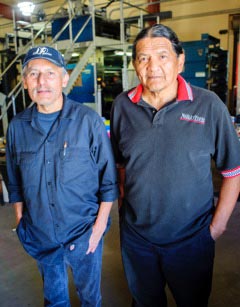 The general discussion about retirement with these two guys started about a couple of years ago and then became more serious during the spring of last year after physical pain and limitations began to regularly occur.

The human body has its own way of telling you that you need to slow down and take better care of yourself, and to rest. Back in the late 1980s when we were all young bucks working hard and playing even harder, we felt like we were invincible. Now, we know better. Relaxing in a good chair with the remote in your hand is a good thing these days.

We traveled up and down memory lane quite a bit the last few months and shared many laughs and a few somber moments, too, as we remembered some former co-workers who no longer walk on Mother Earth.

We had a lot of good times but two of the proudest moments the entire Navajo Times staff shared with our all-Navajo press crew, were the acquisitions of our new printing presses.

In March 1998, we finalized the purchase of a brand new six-unit, Heidelberg Harris Mercury/V-30 printing press. Heidelberg Web Press of Dover, New Hampshire, built that press special for the Navajo Times. Its original price was $1.2 million but after we negotiated a big discount for paying cash, and trading in our old press “Bozo,” the final price settled at $850,000.

Then, our landlord, the late Nick Dimitriou, built us a new 5,000 square-foot pressroom to house the new printing press. By December 1998, we were printing the Navajo Times in full-color on our new press and in our new pressroom.

Willie and Lawrence couldn’t be happier as they operated our new Heidelberg. That was a huge accomplishment for our company. I also remember that our good buddy Nick was just as excited and proud as we were, too.

In October 2002, we purchased an additional press to allow us more capability to print in full-color on more pages. The Web Press Corporation in Kent, Washington, built a special press that basically combined four print units into one big unit, called the Quad-Stack. By December 2002, Willie, Lawrence and Leonard were operating the Heidelberg and the Quad-Stack and our newspaper was more colorful than ever before.

I’ve often bragged that our press crew is the best in the whole Southwest and I still maintain that statement today. Just look at our newspaper and compare the print quality and clarity with other area newspapers, and you will see why I hold our talented press crew in such high esteem. Willie and Lawrence helped to establish that level of professionalism and quality.

Throughout their careers here at the Times, Willie and Lawrence were more than just the press crew dudes. They struck and established genuine friendships with staff and customers alike with their kindness, caring nature and, of course, their humor. They are mechanics, carpenters, welders, electricians, and sportsmen and are always willing to offer a helping hand.

In fact, over the years, Willie and Lawrence have opened hundreds of car doors after people locked their keys in their vehicles, and they have jump-started numerous car batteries when our friends and visitors became stranded in our parking lot.

Willie and Lawrence were also our in-house “models.”

On July 27, 1995, Willie and Lawrence were pictured on the front page of the Navajo Times modeling the new Navajo jeans and shirts, standing below the picturesque Window Rock. They both looked good in their new duds.

In July 1998, the Navajo Times was a major sponsor and coordinator of the annual Native American Journalists Association conference. The conference was held in Tempe, Arizona, and the Navajo Times published a special tabloid for the conference and whom did we pick to be on the front cover? Willie and Lawrence, of course.

The front cover shows both men hitchhiking to Tempe with Willie holding his golf clubs and a dollar in his hand, and Lawrence with his travel bag by his side, holding a sign that said, “NAJA or BUST!!”

I remember vividly when we shot that photograph and how much fun we had staging it that sunny day by the Arizona-New Mexico state line. It was a great classic moment and Willie and Lawrence were the perfect guys for the cover photo.

I could go on and on sharing stories and fun moments about Willie and Lawrence but I will save that for our special Navajo Times picnic that we are hosting especially for them on July 21 at Ford Canyon Park in Gallup. We want to gather one more time with family and friends and pay homage to two of the most talented and dedicated Navajo Times employees ever.

I have been fortunate to share so many years on the job with Willie and Lawrence and to witness so much history and progress of our company and newspaper, and of our Navajo people, too.

On behalf of the Navajo Times staff, I offer special blessings and prayers to Willie and Lawrence, and wishes for a wonderful and healthy retirement. Thank you for your dedication and support, my brothers.

Willie and Lawrence, as co-authors, should write a book about their professional and personal experiences, and then pose and model for the book’s front cover one more time. That would be awesome!