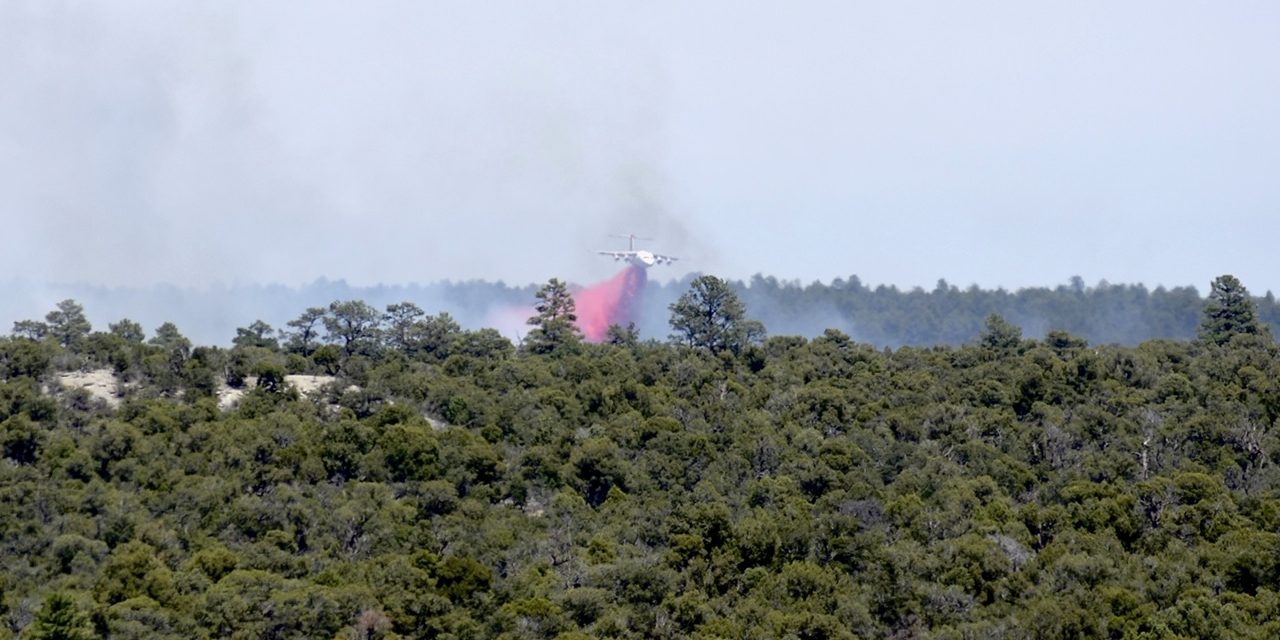 Strong gusting winds and dry conditions have reignited the Wood Springs Two fire that started on Saturday afternoon near the summit of the Defiance Plateau.

The fire started about three miles east of Wood Springs, Arizona, according to the BIA Wildland Fire and Aviation Management.

By late Saturday night, the fire had burned 60 acres and was not contained, the news release stated.

Fire crews from the Navajo Region BIA and hotshot crews have been on the frontlines battling the fire since it began. On Sunday morning, it seemed crews were in control and on the verge of extinguishing the flames, but strong winds fanned it back to life.

A helitak crew and a Neptune airplane that is designed to fight forest fires have been dropping water and fire retardant throughout the afternoon.

According to Apache County District 2 officials on scene, more than 100 acres has burned since it reignited.

It’s not known how the fire started or whether there were any injuries or structure damage. Another fire in Wheatfields, about 30 miles northeast from the Wood Springs fire, ignited and burned about an acre before fire crews got control of it.