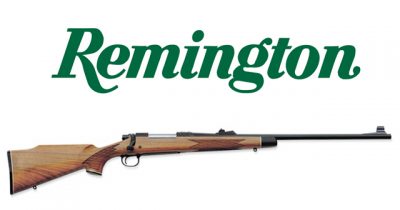 Navajo Nation Council may be looking into resurrecting a deal to purchase a bankrupt firearms manufacturing company for $300 million.

The Wall Street Journal reported Friday Remington Arms Co. is preparing for Chapter 11 protection for the second time since 2018, and is in talks again with the Navajo Nation.

In 2018, then-Speaker LoRenzo Bates stated that a proposal to purchase Remington was brought forth by the Office of the Controller — under the Executive Branch — and presented to the Síhasin Fund Subcommittee, the Budget and Finance Committee, and members of President Russell Begaye’s Administration.

According to Bates, the proposal was never finalized and there was no official offer to Remington.

But at the time Begaye stated he first learned of the alleged $525 million cash proposal through a New York Times article, and said the Economic Council and the Division of Economic Development were unaware of any negotiations to purchase Remington. He wondered whether the Council had gone over the administration’s head to negotiate secretly with Remington, which Bates and others denied.

At the time President Jonathan Nez, who was Navajo Nation Vice President, said he was not aware of the deal or Begaye’s stance on it.

Now two years later Remington is apparently back on the table and the discussion is still happening in secret. The Budget and Finance Committee, during a June 23 special meeting, tabled legislation 0133-20, sponsored by the committee’s chair Jamie Henio and co-sponsored by Speaker Seth Damon, which may have to do with the sale.

The Master Investment Policy for the Navajo Nation specifically authorizes the Budget and Finance Committee to approve direct investments in non-public companies, either equity or debt bases.

The legislation was tabled in order to have a work session with the Investment Committee.

Although this legislation had gone through the five-day public comment period it did not specifically tell the public what company was under consideration. There were no comments left and Budget and Finance has the final authority to approve the purchase.

When asked about the current purchase, Nez brought up the proposal from two years ago.

“The Remington proposal was first discussed among the Navajo Nation leaders a couple years ago and was done behind the scenes,” said Nez. “The Navajo public had legitimate concerns that they were not being made aware of the discussion and the transparency was lacking.  Once again, the Navajo people demand that the committees who are discussing this proposal do so openly, and not in executive session, because it is the Navajo people’s money.”