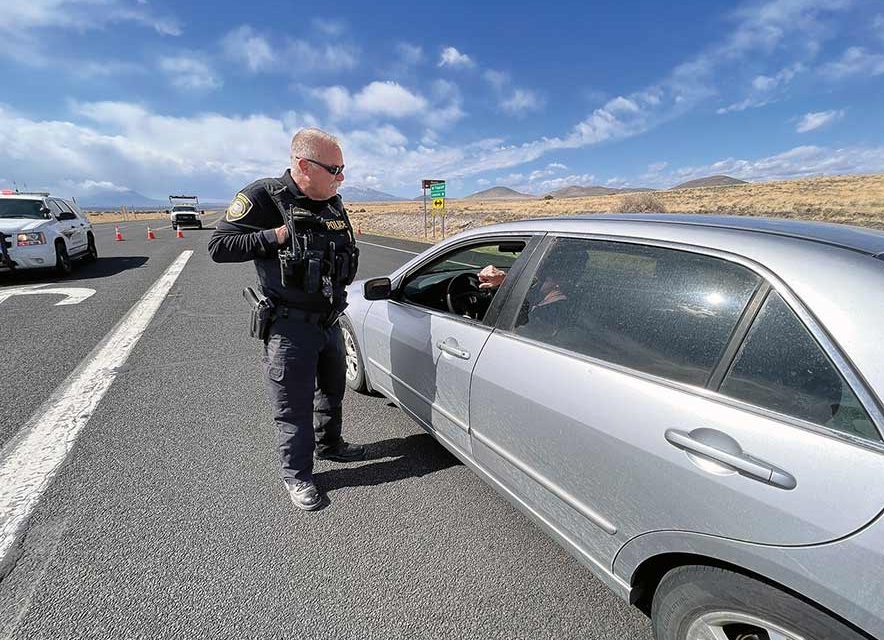 Diné families, relocatees from the Hopi Partitioned Land, have been evacuated from their homes due to the Tunnel Fire that’s burning 14 miles northeast of Kinłání-Dook’o’oosłííd.

About 25 families have been affected, said Harland Cleveland, the director for the Navajo Department of Emergency Management.

Some families have been evacuated to Twin Arrows Navajo Casino Resort, while others are staying with relatives, or in hotels in Kinłání through vouchers from the county.

“Each family is impacted differently,” Cleveland said on Friday evening. “There is a need for clothing, hygiene supply, food, hay. That’s what they’re conveying when we (Diné officials) had a meeting with them.”

President Jonathan Nez said a meeting with the affected families was held at the Native Americans for Community Action office on April 20.

“Some of the families said they don’t have essential documents such as CIB (Certificate of Indian Blood) because many of them were at work when this happened,” said Lena Fowler, supervisor for Coconino County District 5.

Fowler added families were not allowed to go to their homes because the fire, fed by gusting winds, became too dangerous.

“When they got back (to their homesteads), they weren’t allowed to go in because the fire was already at the point where they had to evacuate people,” Fowler explained. “Some families got their livestock out, and some left their livestock, but not intentionally. They couldn’t get back to them.” 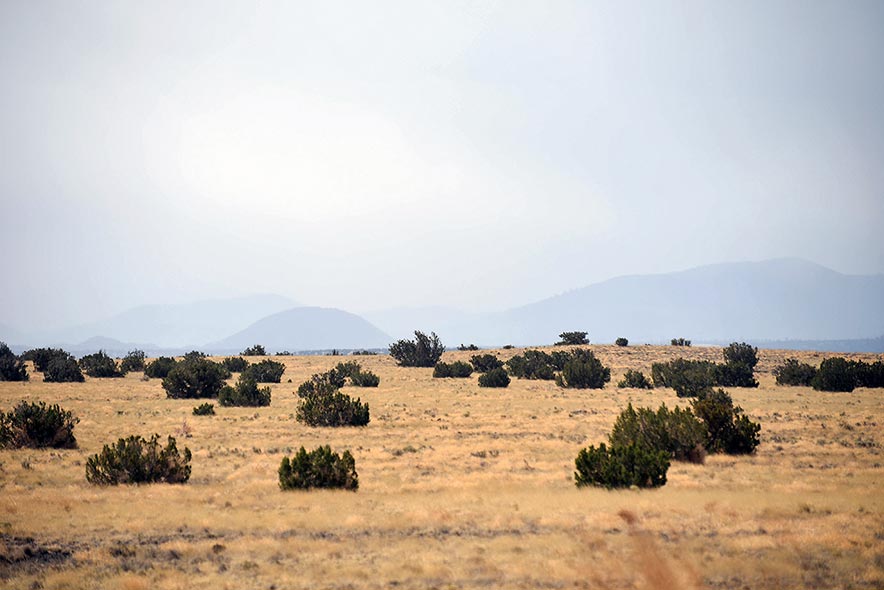 Navajo Times | Krista Allen
The Tunnel Fire, about 14 miles northeast of Flagstaff was reported on Sunday afternoon and grew to 20,924 acres Friday night.

As of Friday evening, the Tunnel Fire has burned 20,924 acres. Fire officials remain concerned with the strong and shifting winds.

“It started northwest of Doney Park, up near the old Shultz Fire burn scar – a little south of there,” said Jeronimo Vasquez, supervisor for Coconino County District 2.

Vasquez said the head of the fire is burning out by the Painted Desert Vista area, where it is primarily burning.

“The big concern is: if the wind shifts and it’ll come either south toward Doney Park or back through the Fernwood/Timberline areas,” Vasquez said.

The National Park Service on Wednesday announced that the national monument burned “in its entirety.” The park service confirmed that the monument’s visitor center is unharmed, but active fires continue to burn nearby the area.

“It was burned,” said Vasquez, who toured the area today. “Originally the reports came out that all the structures, minus the visitor center, were damaged. However, that’s incorrect. There’s extensive burn damage in parts of the forest, however none of the structures we (tour group) saw, including the visitor center and the campground, were damaged.”

The fire was reported shortly before 4:30 p.m. Sunday. Since the fire began five day ago, only 3% of the fire has been contained. The cause of the wildfire is unknown and still under investigation.

Nez said his office would distribute hay and other necessities, such as personal protective equipment, for everyone – not only Diné – affected by the fire. The distribution will take place at old Horsemen Lodge Steakhouse, owned by the Navajo Nation through Navajo Gaming Enterprise, at 8500 US-89 at 7 a.m. (MST)/8 a.m. (Daylight time).

“We’re hoping to get some dog and cat food,” Nez said. “We’re still in a pandemic, so PPE (personal protective equipment).”

Nez said this distribution is possible through donations and general fund dollars, and added his administration is doing assessments of the families alongside the Division of Social Services and Navajo Housing Authority.

“So, some of the resources that we have is going to be available for those that have been evacuated,” Nez said. “We’ll be doing that tomorrow (April 23).”

Cleveland said the next step is assisting the 25 families.

“They’ll be working with the county,” Cleveland said. “Home structures that were damaged, those need to be assessed and the ones that were not damaged, once deemed safe, they’ll (families) return back to their areas. That’s how it’s working out.”

Officials have closed U.S. 89 in both directions; however, detours are available to avoid the fire area. One alternative route is through Kykotsmovi, Ariz., then west on State Route 264 to Tónaneesdizí. Drivers continuing to other communities, like Shonto or Kayenta, can then go east on U.S. 160 and U.S. 89.

“The concern is the dirt roads,” Fowler said. “County 6730 between Leupp and Cameron, and 6230 between Tolani Lake and Coalmine are open.

“And people can go around Hopi or the South Rim,” she said. “The Navajo Nation is looking at their roads. (Officials) are talking to the Bureau of Indian Affairs because people are trying to find ways to get around the closure of the road.”

Fowler added that the 89 closure affects many people in Western Navajo, especially those who commute from Tónaneesdizí to Flagstaff.

“The medical transport is trying to figure out how to get patients to their appointments, that’s the other concern,” Fowler said. “And the schools, a lot of teachers live in Flagstaff and work in Tuba City.”

Lynette Bonar, CEO of Tuba City Regional Health Care Corporation, said ambulances traveling from the hospital to the Flagstaff area can get through.

“It’s just too far around through Hopi,” Bonar said Friday night. “And with the wind on Wednesday and today, we needed to make sure we can those patients out.”

“We’re hoping the wind calms down because we can’t fly anybody out,” she said.

Bonar said the hospital usually sends out at least two patients per day, depending on the patient.

“We usually fly out––maybe one or two a day,” Bonar added. “It just depends on what’s going on. So, we have some patients we’re keeping until the wind calms down. Luckily, we haven’t have any COVID patients because the variant has gone down.”