U.S. 491, Navajo Route 9 closed due to no visibility and multiple vehicle accident 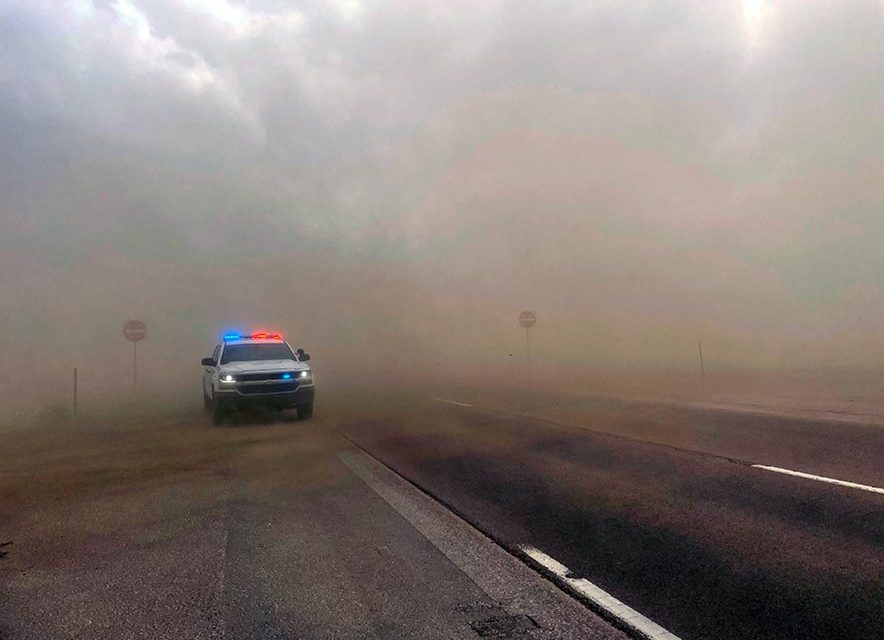 U.S. Highway 491 reopened Friday afternoon after being closed for at least an hour, despite blowing dust continuing to create hazardous driving conditions.

The National Weather Service in Bellemont, Ariz., warned of high wind in eastern Arizona and a wind advisory for much of northern Arizona.

Strong southwest winds 20 to 30 mph with a gust to near 45 much of northern Arizona, including near the Tunnel Fire burning east of the San Francisco Peaks.

Wind gusts in the 50-60 mph range are possible across the eastern areas.

Martin said Navajo Police had requested their assistance in responding to the multiple vehicle accident.