2022 race gets underway: Who’s running for president, Council so far? 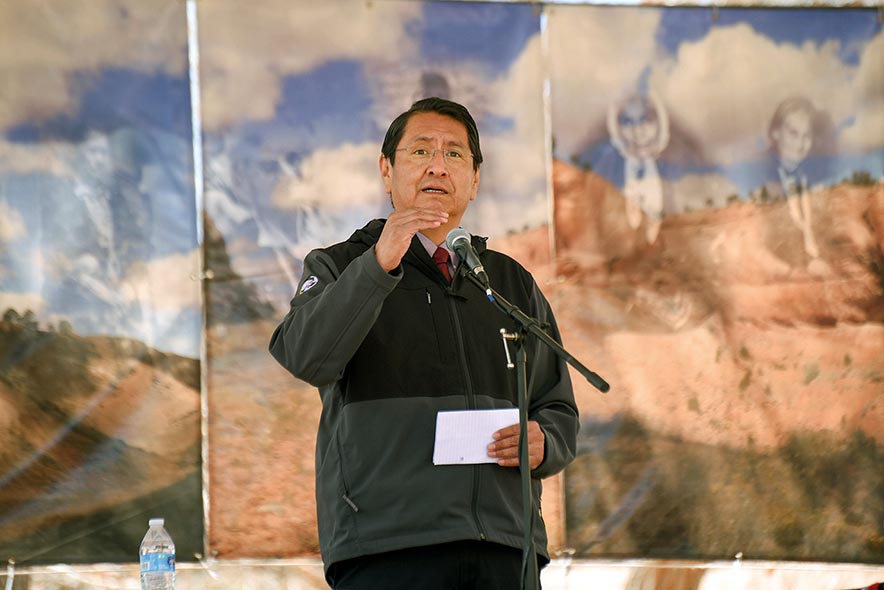 The field of presidential candidates is already getting larger.

Four candidates recently pitched their vision and policy ideas through online venues and a traditional approach with a speech.

President Jonathan Nez and Earl Sombrero, the chapter manager for Ts’ahbiikin Chapter, announced their candidacy on Saturday, April 23, at their home chapters.

Two candidates from Naat’áanii Nééz-Tsé Bit’a’í will announce theirs on April 24 and on April 26, respectively. Those candidates are Frank Dayish and Dineh Benally.

Standing in the forefront of the eight portraits of Shą́ą́’tóhí naat’áanii, the same ones at his inauguration in January 2019, Nez, 46, declared himself a candidate for re-election in 2023.

“This is where it all started,” Nez said as he stood on the Eddie Cheii Shootinglady Pavilion in Shonto Canyon, where he grew up and played under the cottonwood trees as a child.

“My friends and I walked all over the place here,” he reminisced. “And people would meet at the chapter house (across the stream).”

He told his supporters that he was standing on the pavilion because of his grandfather, the late Henry T. Donald, who served as Council delegate for Shonto from 1959 to 1963.

“He’s one of the reasons I went into public service,” Nez said Dinék’ehjígo’.

In his speech, Nez presented himself as a steely leader who he believes Diné voters will embrace as a figure of stability and transparency.

“Of course, some of our opponents are going to say, ‘Well, they didn’t do anything,’” he said. “I hope you all take offense to that because we did something, and we did something great for the Navajo people.” 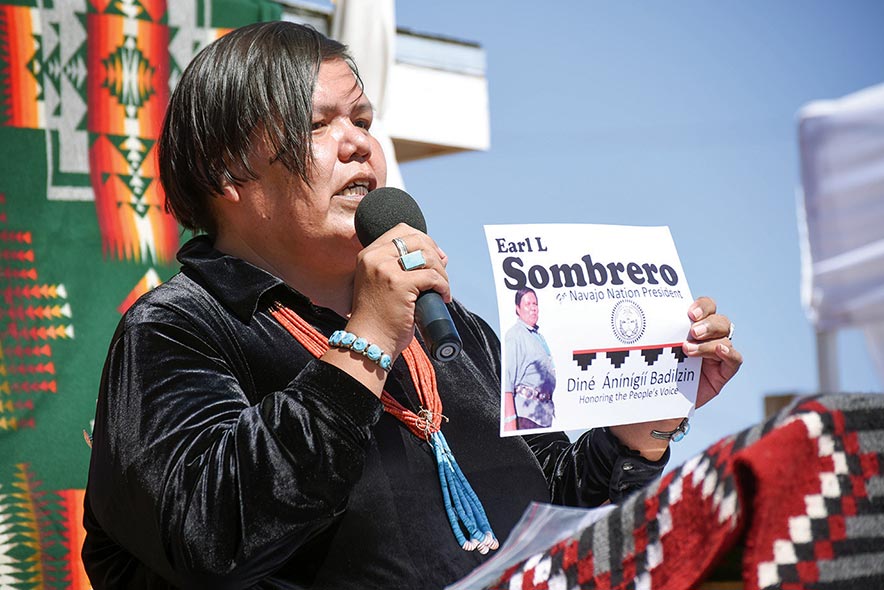 Just 16.5 miles northwest, at Ts’ahbiikin Chapter, Earl Sombrero, 40, laid out why he wants to run for president.

He is embarking on a campaign to become the Nation’s leader, defending, and speaking for his people and the unheard voices across Diné Bikéyah – work he said he’s being doing for the locals for a decade.

Sombrero speaks fluent Diné Bizaad and spoke it flawlessly in his speeches throughout the day.

“I was raised by my paternal grandmother, Mazie Blake,” Sombrero said Dinék’ehjígo.

Sombrero gave credit to Blake, who he believes made him who he is today.

“She influenced me because of her strategic thinking and planning,” he said. “I carry her teachings, and her values have led me to the work I do now.

“I am campaigning for my people and the priorities we need,” he said. 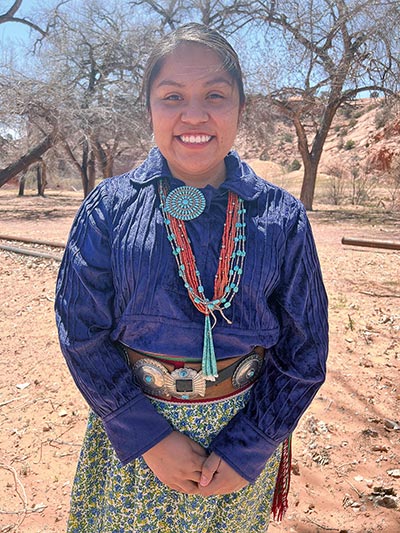 “I draw a lot of my experiences from when I was Miss Navajo Nation (2019-2021),” she said in an interview with the Navajo Times. “That’s the reason I decided to get my master’s in business management.

She added: “While we were going to the 110 chapter houses, helping everyone during the pandemic, so watching that and our chapter houses talk about their plans and initiatives, one disconnect that I saw all across the Nation was a disconnect of communication between the Council and the chapter houses.” 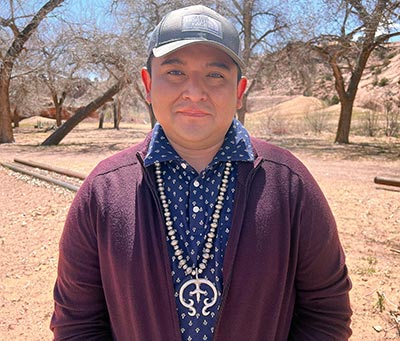 Willie, the executive director for the Division of Economic Development, said it has always been his initiative to pick up a public service position.

“I grew up inside chapter meetings,” he said. “To see the progress that has been taking place the last four years, I’ve never been this involved with government before at this level. It’s been encouraging me to take this initiative even more.”

To read more, pick up the April 28 edition of the Navajo Times.