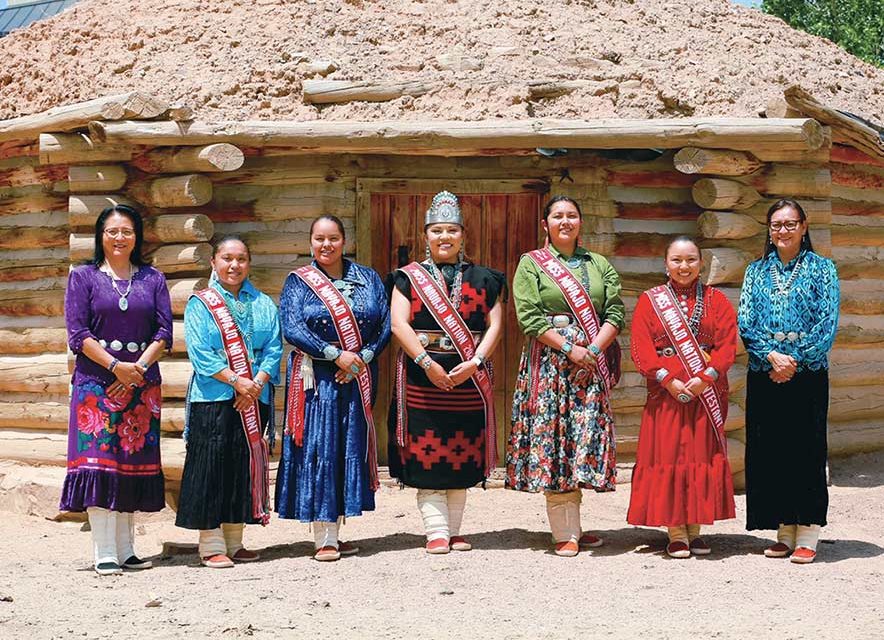 The four contestants include:

The pageant will take place from Sept. 6 through Sept. 10 with the coronation on Sept. 11.

President Jonathan Nez said, “Whoever is selected to wear the prestigious title of Miss Navajo Nation will have some big shoes to fill. Miss Navajo Nation Shaandiin Parrish has done an outstanding job and represented our Navajo people with great honor, determination, and a big heart.”

SANTA FE – Gas stations have a legal obligation not to sell fuel to drivers who are believed to be intoxicated, the New Mexico Supreme Court said Monday in a decision that could have far-reaching effects on businesses and that only one other state applies so strictly.

The divided court outlined a precedent-setting ruling that raises the implication that not only gasoline merchants but other types of businesses — from auto parts stores and tire shops to mechanics — could be on the hook for ensuring they don’t sell products to people who then drive drunk.

The decision notes that only one other state — Tennessee — applies the law in such a way to create a “duty of care” for businesses to refrain from supplying fuel to drunken drivers because of the risk of driving while intoxicated.

The court’s decision came in response to a request from the U.S. Court of Appeals for the Tenth Circuit to resolve a question of state law concerning the potential liability of a McKinley County retailer.

In 2011, the retailer sold gasoline to an intoxicated driver who ran out of gas near Tohatchi. After the driver, Andy Denny, refueled and returned to the highway, his vehicle crossed the centerline and collided with an oncoming automobile, killing one person.

A federal district court’s decision in a lawsuit by the victim’s father gave rise to the legal question presented to the state Supreme Court.

CROWNPOINT – For only the second time since it was created in 1959, the Inter-American Commission on Human Rights will hear a case of environmental justice against the U.S. when it hears a petition filed by the Eastern Navajo Diné Against Uranium Mining.

In a Monday announcement, Eastern Diné said if its allegations against the U.S. are proven, they would be violations of the rights to life and personal security, preservation of health and well-being, benefits of culture, fair trial and property.

The petition alleges that the U.S. has contaminated and will continue to contaminate natural resources in the Diné communities of Crownpoint and Church Rock.

“The petition marks the first time the Nuclear Regulatory Commission has been forced to account for its decades of human rights violations,” said attorney Eric Jantz, of the New Mexico Environmental Law Center.

“This is a major step bringing forth accountability of the federal government in terms of their policies toward indigenous people,” said Jonathan Perry, ENDAUM’s director. “We, the Diné, will continue to stand our ground against any uranium mining activities on or near the Navajo Nation.”

The Inter-American Commission is an organ of the Organization of American States based in Washington, D.C. 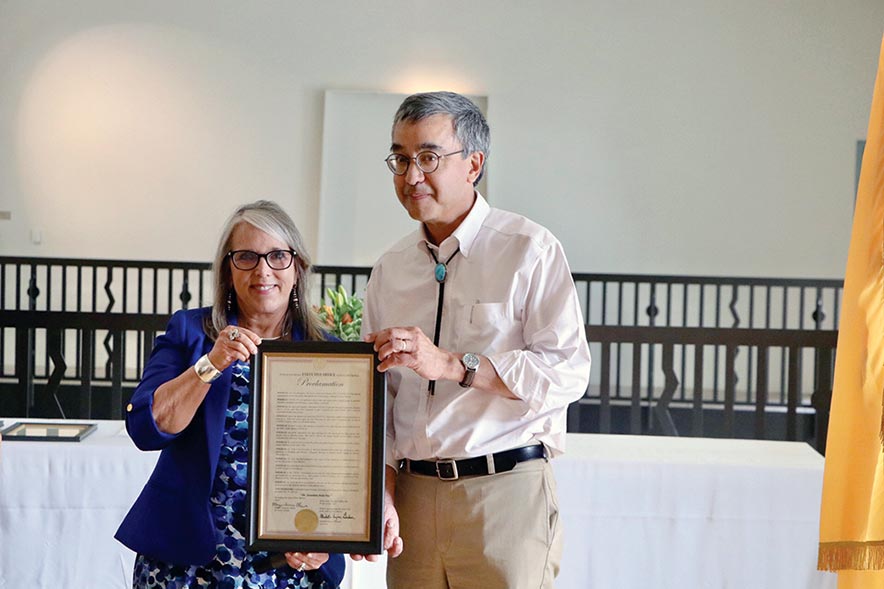 On July 13, U.S. Surgeon General Vivek Murthy spoke at a ceremony formally honoring eight healthcare workers, including Iralu, that the governor says went above the call of duty to respond to the pandemic.

Iralu is the IHS chief clinical consultant for infectious diseases and has been at Gallup Indian Medical Center since 1994. He is also an instructor at Harvard Medical School and serves as a senior physician at Brigham and Women’s Hospital Division of Global Health Equity in Boston.

He established a drive thru COVID testing operation weeks before the first confirmed COVID-19 case in New Mexico and delivered high-quality patient care to members of New Mexico’s tribes, Nations and Pueblos.