Chapters only have 20 hardship applications 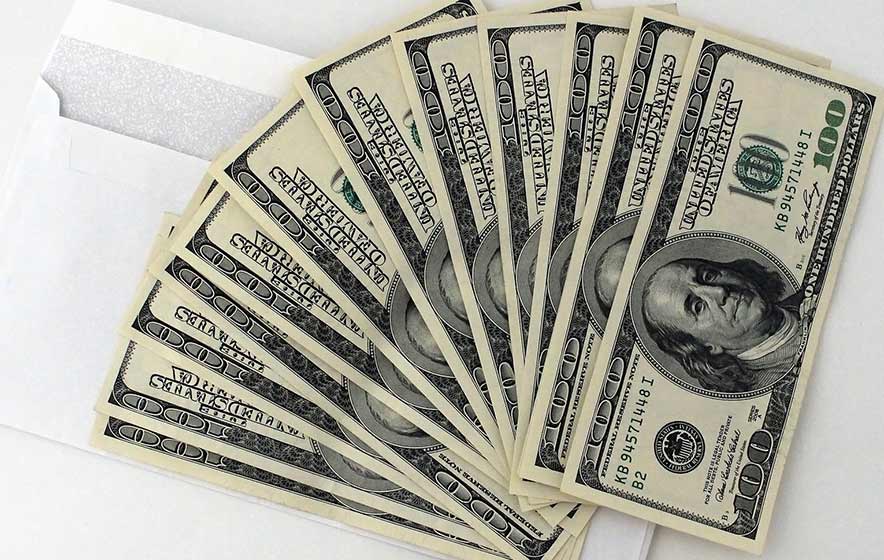 Elders who weren’t already in line to pick up their COVID-19 hardship fund applications by the time their chapter house opened this morning were out of luck.

The Navajo Nation Controller had announced last week that disabled persons and elders over 65 could get a head start on the distribution of $1,500 to each adult registered Navajo by picking up a hard-copy application at their chapter starting today.

However, according to chapter personnel around the Navajo Nation, each chapter was only given 20 hard copies.

“I gave ours out in about two minutes,” said Crownpoint Chapter Community Services Coordinator Aaron Atcitty, adding that angry seniors were still hanging around outside the chapter house, “calling us every name in the book.”

While the first-come, first-served method was the most popular among the chapters contacted by the Times, and went about how Atcitty described it, some chapters tried different tacks. Shiprock announced on its Facebook page it wouldn’t give any applications out until more were delivered. Personnel at other chapters said they were promised a second delivery on Thursday, but did not know how many applications to expect.

They can’t just make copies, the chapter personnel noted, because each application has a unique number to avoid fraud and confusion.

Arthur Bavaro, community services coordinator at Nenahnezad, said he was working with the community health representative to get the applications out to those most in need, and hand-delivering them to seniors who have no transportation.

“We learned from the energy assistance funds,” Bavaro said, referring to another program a few years back that didn’t have any criteria.

“A lot of people drove up in nice cars and got theirs, and then by the time the really poor people hitchhiked to the chapter, we were out of money. I felt so bad.”

He said there was a line of cars at the chapter this morning, but he wasn’t going to get to them until he was sure the most needy chapter members were taken care of.

“Oh! They’re angry,” he said. “When you called, I thought, ‘Thank God, somebody I can talk to who won’t yell at me, even if it’s a news reporter.’ But really, if you drive up here in a new dually, do you really need this money?”

Meanwhile, some of the more remote chapters were complaining they hadn’t received any applications at all. Aaron Begay, the emergency contact at tiny Hard Rock Chapter, said about 30 elders had called or come in, so 20 applications could have taken care of most of them, but the chapter doesn’t have any applications.

“I just tell them to come back tomorrow, but I really don’t know if we’ll have them by then,” he said.

At Shiprock, the populace was expressing frustration on the chapter’s Facebook page.

“Twenty people!?” posted Amethyst Raye Aragon. “That doesn’t even cover all the elderly or disabled people from the motor pool area to the chapter house!”

Bavaro wondered how much of a head start the paper applications would really give the seniors, since chapter personnel have to hand-deliver the packet of filled-out applications to the agency headquarters, whence they have to be hand-delivered to Window Rock.

A call to the Office of the Controller, which is handling the distribution, went straight to voicemail, and the mailbox was full.

The portal for the online application, which is for all enrolled Navajos, is scheduled to open Nov. 2. It will be on the controller’s website, nnooc.org.