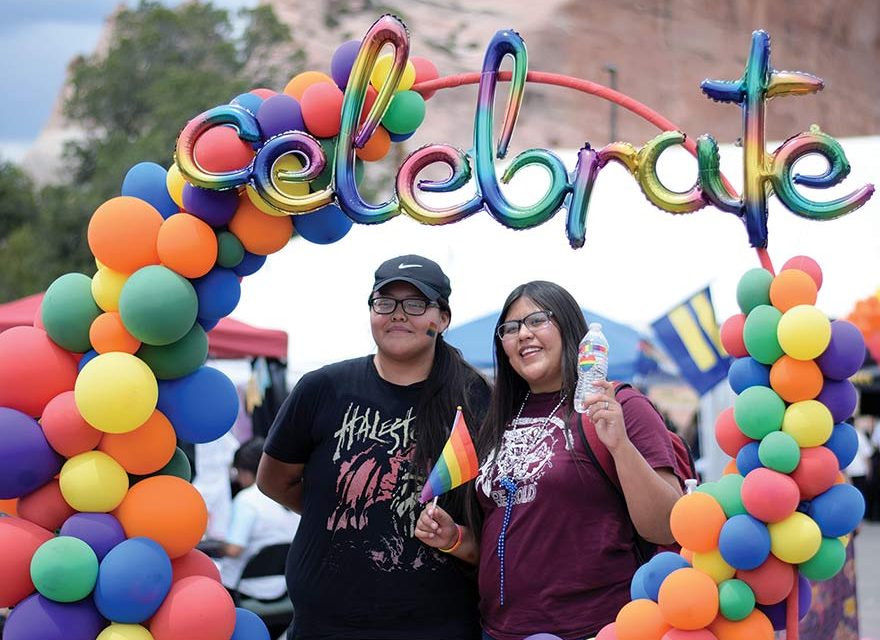 The act would amend the Civil Rights Act to add sexual orientation and gender identity, thereby making it illegal to discriminate against people who identify as LGBTQ. During Monday’s Law and Order Committee meeting, this bill passed 2-1. It will head to the Health, Education and Human Services Committee and then to Naabik’iyati’.

Not only does Brown want President Jonathan Nez, Speaker Seth Damon and the Navajo Nation Washington Office and their designees to support this bill but to also advocate for its passage. LGBTQ individuals “deserve it,” said Brown. “Their families deserve it,” he said. “Their communities deserve it because the stronger we are individually, the stronger we become as a community and a Nation.” The “Equality Act” was introduced by Sen. Jeff Merkley, D-Ore., and it would expand and clarify the protections and remedies against discrimination on the basis of sexual orientation, gender identity, and sex in the areas of employment, housing, public accommodations, public education, federal funding, credit and the jury system.

The act also expands the definition of public accommodations to include places or establishments that provide exhibitions, recreation, exercise, amusement, gatherings, or displays; goods, services, or programs; and transportation services. The bill allows the U.S. Department of Justice to intervene in equal protection actions in federal court on account of sexual orientation or gender identity. It also guarantees an individual access to a shared facility, including a restroom, a locker room, and a dressing room, that is in accordance with the individual’s gender identity.

Brown says the bill aligns with the Navajo Nation’s compassion and respect for LGBTQ people, and finds it is in Navajo Nation’s best interest to support the Senate bill.

“Everyone benefits,” said Brown. “We, as the Navajo Nation, strive to allow all of our citizens to live in dignity.” Law and Order Committee Chair Eugenia Charles-Newton noted that, in the absence of hate crime laws on the Navajo Nation, the bill could be the first step in protecting LGBTQ individuals from violence and discrimination. It could lay the foundation for repealing the Diné Marriage Act of 2005, which defines marriage as between a man and a woman, she said.

“The state and the federal government seem to be far more advanced than where we’re at with the Navajo Nation,” Charles-Newton said. Brown said since time immemorial Navajo LGBTQ people have held a sacred place within Navajo society.

When speaking of kinship and relationship to each other as Navajo citizens, Navajo speaks of compassion and respect, he said. “This bill is a giant step in allowing LGBTQ communities, including our LGBTQ communities, the freedom from discrimination, protection from injurious practices and the full pursuit of happiness as citizens,” said Brown. “This bill makes sense and we will support in the future those bills written to fulfill our duties as legislators, representative of the people.”

Alray Nelson, founder of Diné Equality, praised the bill, calling it “a major step forward.” “This is the first time the Navajo government and its leaders had a deeper conversation about protecting our LGBTQ, two-spirit relatives,” Nelson said. “Today was a major step forward because it sends an inclusive message to our community members that Navajo Nation is ready to have this conversation.”

“We need a revolution on Navajo,” said Brown. “A revolution is supposed to be uncomfortable, not easy, sometimes tough and it’s through this uncomfort where it shows there is some progress for our LGBTQ relatives.”