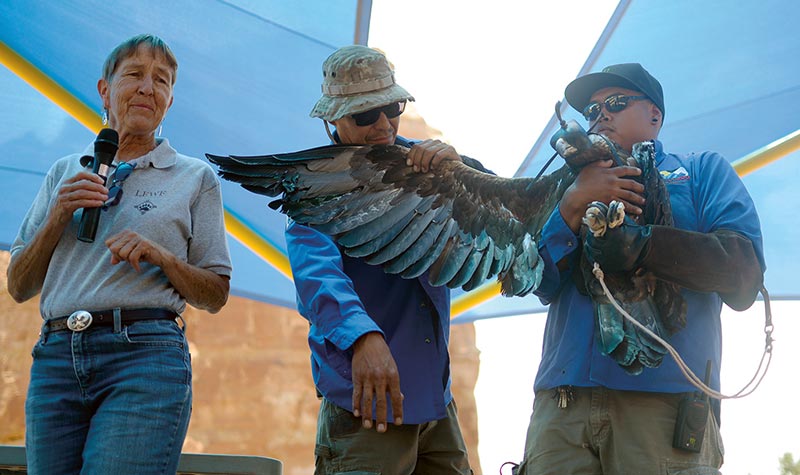 Two eagles shot in March of this year were returned after spending nearly five months in a rehabilitation center.

The eagles, a male and a female, were shot for their feathers in separate incidents at the Navajo Agricultural Products Industry.

The birds were found and taken to the Navajo Nation Zoo where it was determined they needed immediate medical attention and they were taken to Albuquerque for surgery.