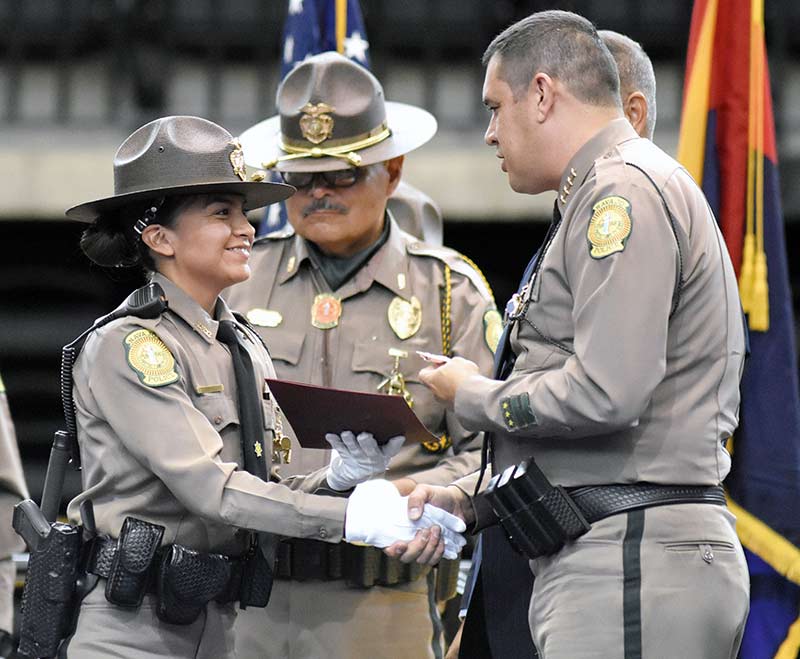 When the previous class of officers graduated from the Navajo Nation Police Academy more than 10 years ago, Trayvon Martin was 12 years old and very much alive.

A Navajo Nation Police officer had not been killed in the line of duty since 1999. Body cameras were not standard-issue police equipment. Nobody had heard of Fentanyl, and school shootings still elicited shock and horror.

The six men and six women who graduated from the newly revived Navajo Nation Police Academy last Friday will face a brave and dangerous new world.

To top it off, noted Steve Juneau, director of the U.S. Indian Police Academy, which certified the Navajo academy’s curriculum so the new officers could have federal police status, they are Indian police officers. And that makes them unique.

“The service we provide in Indian Country is absolutely unique,” Juneau, one of several guest speakers, told the recruits at their graduation ceremony in the Wildcat Den. “It’s relation-based.”

Juneau reminded the recruits they “can’t escape being who you are” just by donning a uniform. They will be working “in the place where we shop, where our kids go to school,” and almost certainly the time will come when they will have to arrest a former classmate or a relative.

“Indian Country demands the highest level of integrity,” Juneau told the solemn-faced young recruits as they sat at attention on the stage.